Fighting back against a doctor shortage in rural Maine

Dr. Medd was 76-years-old when he retired from Internal Medicine in Norway; when he finally found a replacement. 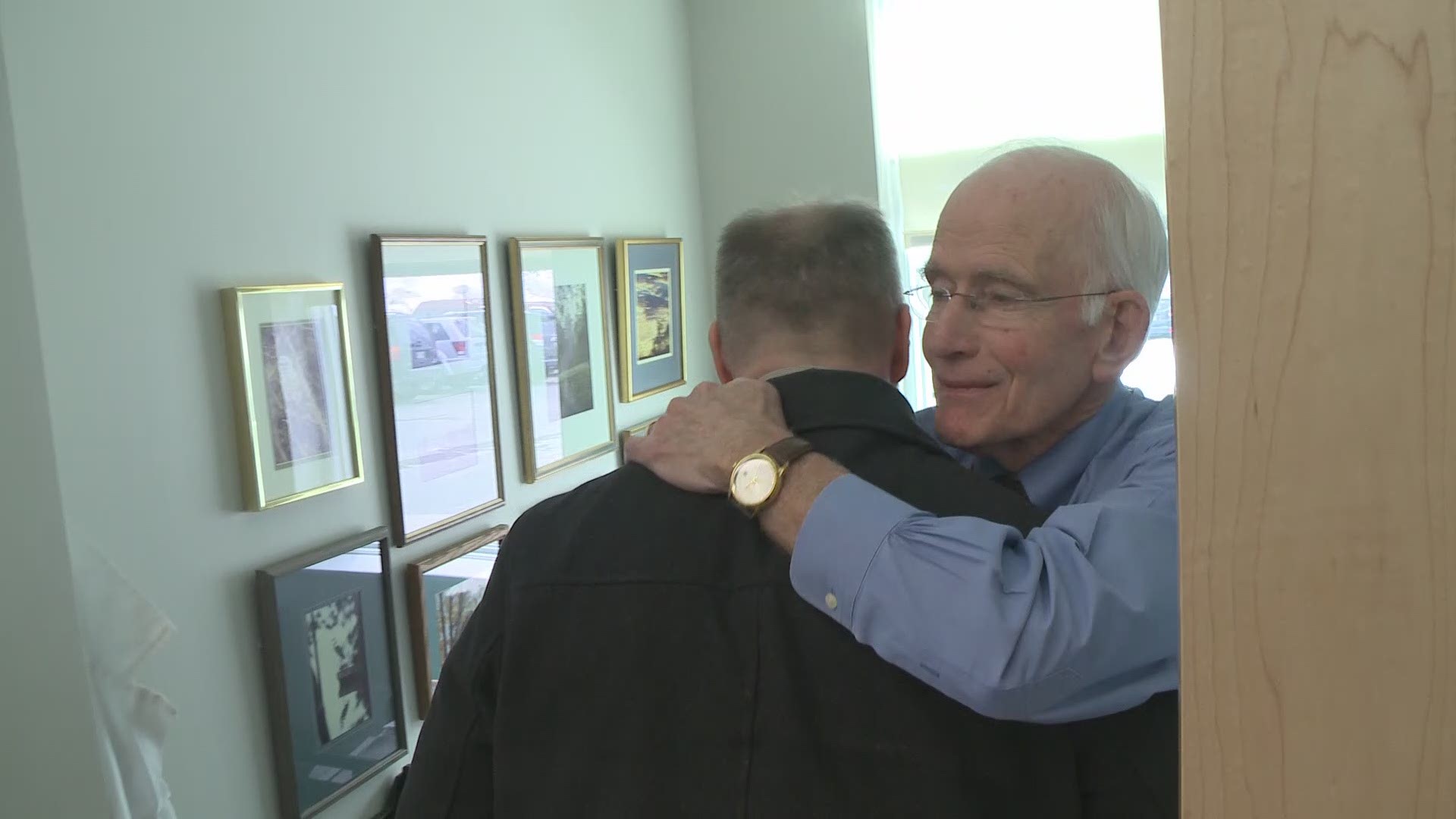 NORWAY, Maine — Nearly fifty years ago Dr. Bill Medd moved his family to the town of Norway. He and his partner were the only two internal medicine physicians in the area and dove head first into helping patients.

About a week ago, at the age of 76, Dr. Medd retired. Imagine giving half a century to such a demanding career; but a major reason he put off  retirement was simply because there was no one to replace him. There is a serious shortage of medical professionals in rural parts of our state.

Dr. Medd took matters into his own hands a few years back, and the result is finally paying off. "Lots of patients, every visit has been a goodbye and they have been very appreciative," says Dr. Medd about leaving.

We first met the internist in November of 2017. Even then, he was nervous about the future of rural medicine. Working with Maine Medical Center, he helped start a program for young residents called RIMM -- Rural Internal Medicine Maine. The first student to sign on was Sam Ferguson. In the last year and a half, Ferguson has split his time between Maine Medical Center and Norway, learning side by side with Dr. Medd. While RIMM was a new program, it fit with the ideals Ferguson had, having grown up in Maine.

"It’s been very interesting trying to tailor a program that has slightly different goals than a typical residency might," says Dr. Ferguson. "Getting a little extra exposure to things like stress tests and colonoscopies and advanced procedures; just trying to figure out how that fits into a busy schedule as is, especially when you’re down in Portland for a few days and then up here... it's been interesting."

Days in Portland are spent learning intesive care and specialty medicine; skills Dr. Ferguson then brings to the smaller hospital, and family practice in Norway. "Internists bring adult complex care to a hospital. We can take care of things that frequently would have to be sent to the main medical centers," says Dr. Medd.

The basic premise behind the RIMM program is that the doctors spend their residency in rural parts of the state. Ideally over the next three years they’re growing roots in those towns and want to stay. That was the case for Dr. Ferguson who just signed on for another three years in Norway. Two more residents are about to join him there.

"I think since we have this program going, and to have a residency program in Maine and we know one resident is going to stay in Maine, but we’re only training one a year, so we would like to have more internists trained," says Dr. Medd, who admits this is just the tip of doctor shortage iceberg. "It’s hard to set up this programming, you have to have the right amount of faculty. in a lot of places there’s only one or two internists left."