Expanding a center for some of our most vulnerable children

Children's Center, a learning space for kids with intellectual and physical disabilities, has a waiting list nearly 200 names long. 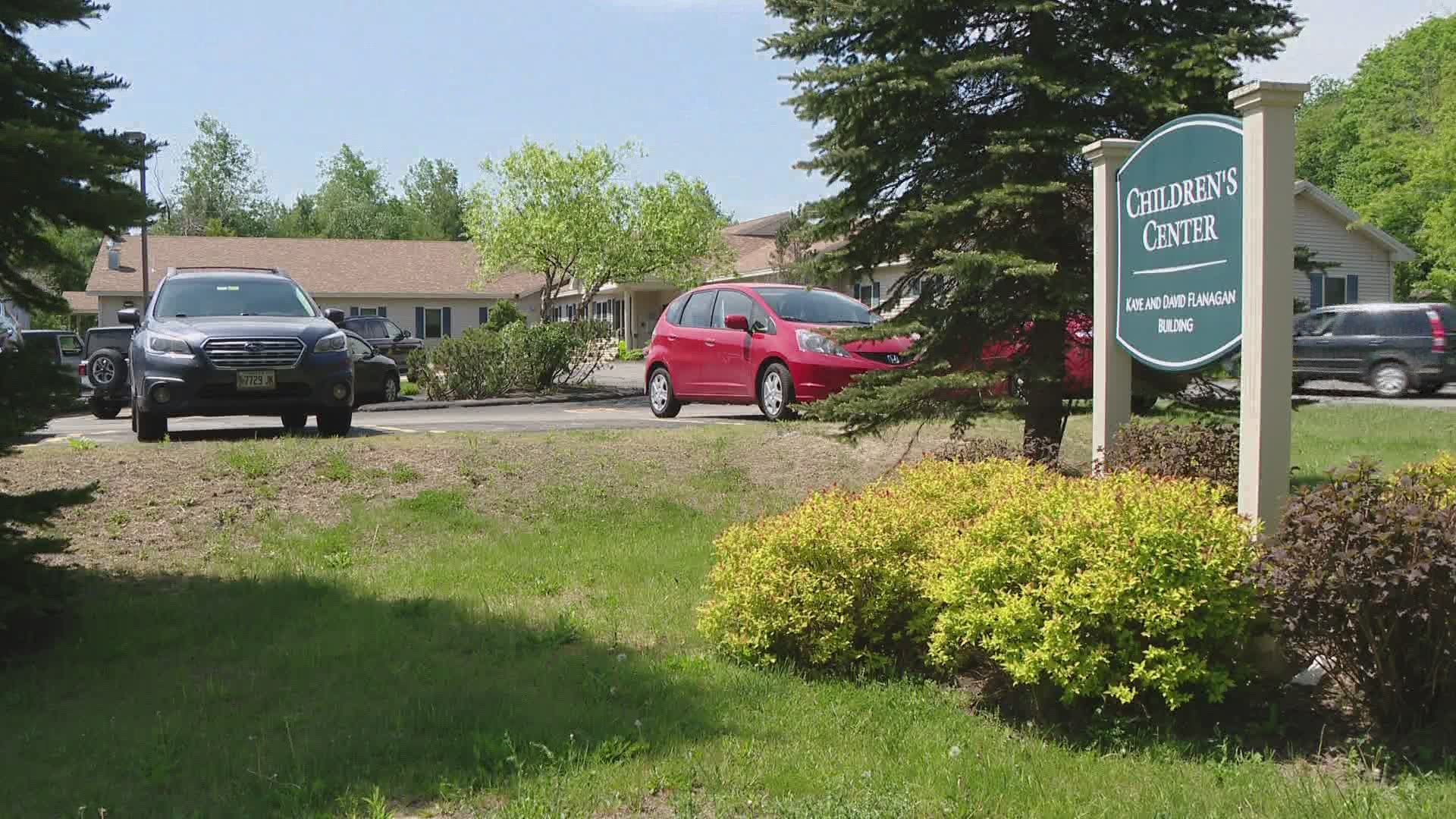 AUGUSTA, Maine — Finding the right childcare and early education is difficult for any parent, but it takes on a new challenge when the child has physical or intellectual disabilities.

Children’s Center is just one nonprofit designed specifically for those children, and you likely won’t be surprised to hear that there are nearly 200 kids on a waiting list to get in. Outside funding for this nonprofit will help with an expansion, but there’s still a lot of work to be done to make space for some of our youngest and most vulnerable Mainers.

"What makes the Children's Center so beautiful is that we have a wide range of children with a wide range of abilities that can all be here under one roof," said Kara Shain, who oversees the center's autism program. "We have a baby room so they can start here at six weeks old, again any ability and disability, and as they progress through the ladder based on their need we have a space for them."

Since 1967, the Children’s Center has served kids with special needs. Over the years, its mission has grown to include specialized programming for children with autism or complex medical or behavioral needs. The program ranges from classroom work to occupational and speech therapy.

"It really is the little things here that make the most impact," Shain said. "I remember a day where Elyse first signed 'more.' It was the first communicative act we had ever seen out of her and it’s just grown since then. She really doesn’t know how to get her needs and wants and that’s such a huge stepping stone to more."

Elyse started a kindergarten program at Children's Center, where her parents, Tim and Katie Renner, say she's preparing for her transition into Monmouth's elementary school.

"They kind of reinforce what’s happening at school into the home setting," she said. "That communication is necessary. You can’t have something different going on here and then going on at home."

"For children like Elyse, who have a little bit more severe needs, we have specialized programs so that we can meet her needs where she’s at," Shain said.

That learning, as early as possible, can make a big difference in any child’s life.

"By the time a child is six years old, it doesn’t matter if they have special needs or not, 95 percent of those neurotransmitter pathways have already been created," Johnson said. That's why it’s so important to have programs like those offered at Children’s Center locations in Augusta, Waterville, Skowhegan, and Farmington.

"We have 187 kids that all have special needs that are on a waitlist for our programs here," Johnson said.

There is a plan to expand the Augusta facility, though, thanks to donations from Kennebec Savings Bank, David and Kaye Flanagan, and Norm and Teresa Elvin, each pledging $250,000.

"On top of that generosity, we had Charlie and Nancy Shuman step up and say, 'We think that these kids are important enough and the need is important enough. We are going to give you $1 million towards building this project to make it state of the art so that these kids have the best possible chance to move forward,'" Johnson said.

"To be able to make this place bigger..." starts Katie Renner, "We’d be willing to do anything," her husband, Tim finishes the sentence.