Documenting the making of a professional hockey team

"Puckland" is a docuseries created by the man behind "North Woods Law." It follows season one of the Maine Mariners. 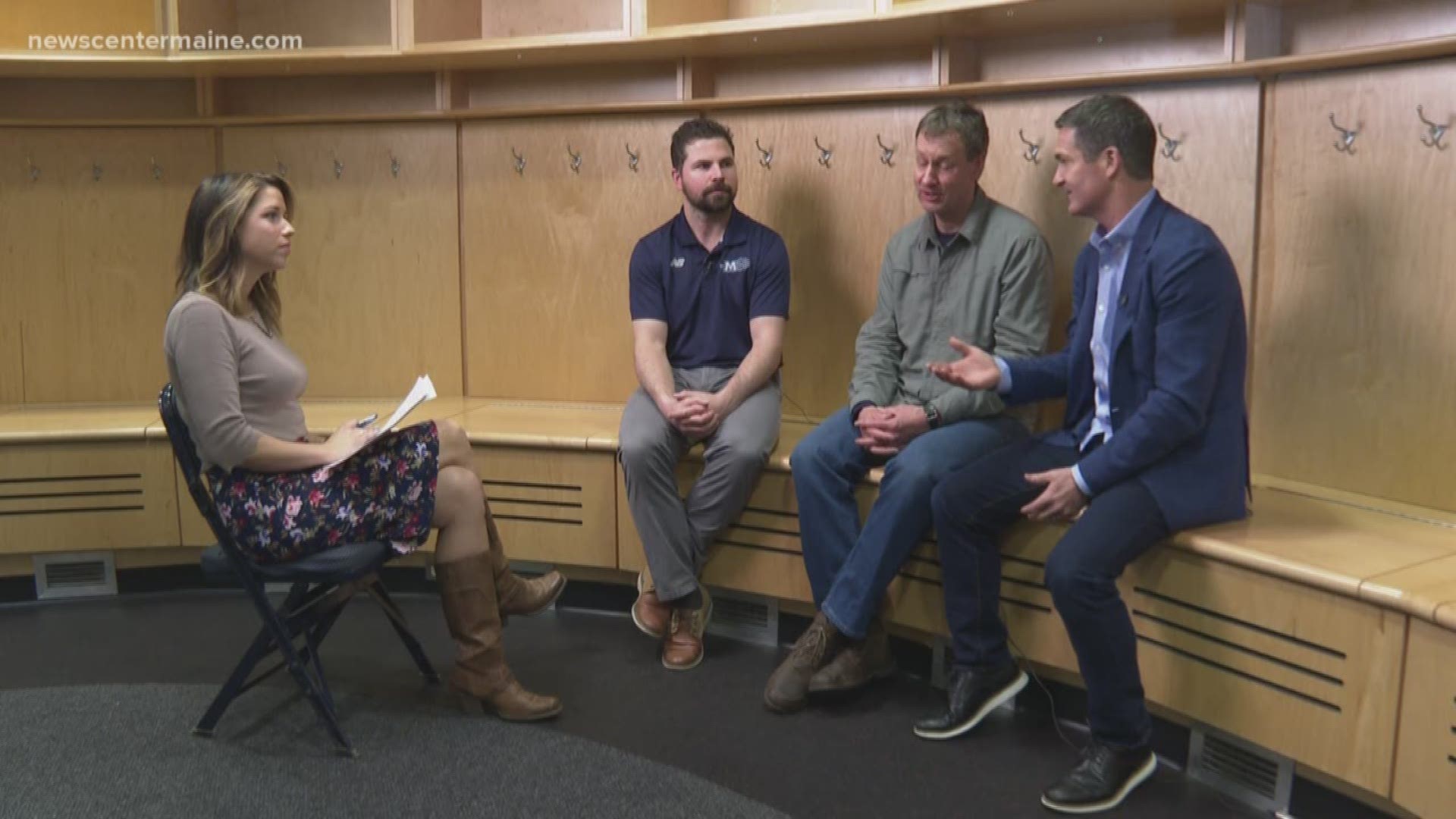 PORTLAND, Maine — A new docuseries is airing on NEWS CENTER Maine and online at NBC Sports.com, following the making of a professional hockey team in Portland: the Maine Mariners. The series was Devon Platte's idea; he's the man behind "North Woods Law."

He realized he might have a story line when he spent a solid half hour arguing with his wife over what the new team name should be. Platte enlisted the help of Brian Corcoran with Shamrock Sports and Entertainment, and pitched the idea to head coach Riley Armstrong, who was more than happy to show a different side of his hockey team.

"Putting our guys into the community, I think a lot of the kids that came to our games or were at schools and these players are reading to them or playing with them or building puzzles, now they're seeing these guys on TV and they are even bigger than when they were at their school, and I think that's what it's all about," says Armstrong, who says he was looking for more than just good hockey players for his team; he wanted guys who understood what it meant to be a part of their community too. "For me this is a dream job and I hope that the fans watching get how much fun it is to come here and to work and to play hockey in this city."

The series shows the team coming together, but also tells the stories of some of the team members; the people behind the scenes who help fill the seats; and the fans who grow to love and support their team. "I love the story of guys who are working their way up and want to make it to the major leagues," says Platte about the creation of "Puckland."

"That could be Madison Square Garden with the Rangers, or Fenway Park with the Red Sox; I love that story and this was the opportunity to tell that story. I finally got a chance to tell that story and I got to do it here at home with a really talented group of folks, and that's what I hope people take away from it is that story of minor leaguers trying to work their way up and achieve their dream, including the coach and including all the staff."

The final episode of "Puckland" airs Sunday May 5th at 11AM on NEWS CENTER Maine.

You can also watch the series online at NBC Sports.