The Alan Day Community Garden in Norway invites anyone to come by for fresh produce and friendship. 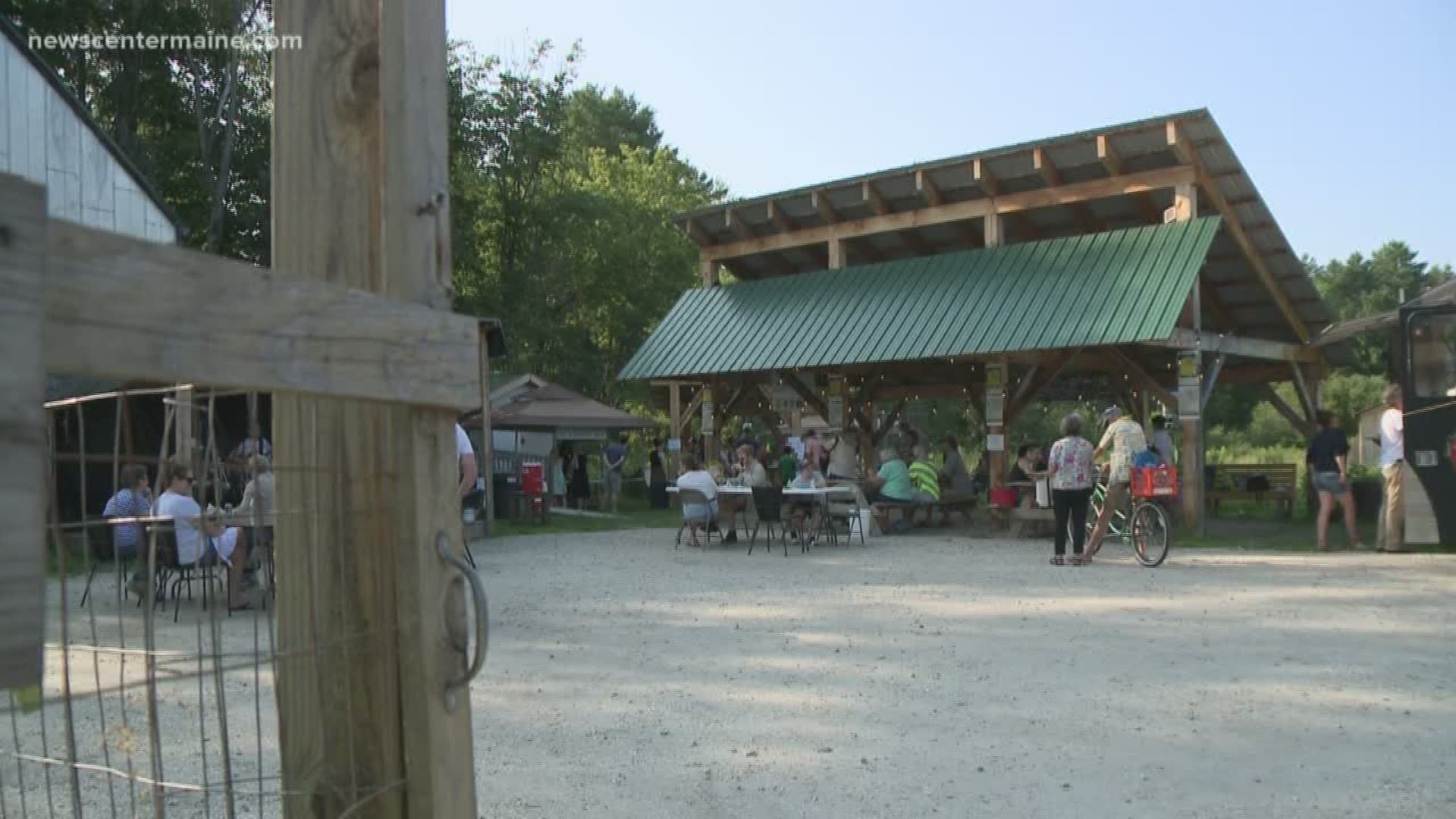 NORWAY, Maine — UPDATE: The Alan Day Community Garden has since partnered with the Western Foothills Land Trust and the local school district to grow even more food this year, to help ensure food security within the Norway community. CDC safety guidelines have adapted the Youth Leadership Program, and only a handful of students can take part in it this year. Since their "Light The Garden" fundraiser was canceled, Katey Branch hopes there will be a virtual event later in the summer.

When a community grows a garden together, a lot of good can come from it. There's fresh and healthy produce, of course, but when Katey Branch and her daughters first founded the Alan Day Community Garden ten years ago they were more interested in bringing neighbors together.

That's what culminates every Friday night in the summer just off of Main Street in Norway at the garden: The Alan Day Community Market.

There's live music - played by musicians who are volunteering their time; wood fired pizza made by some of the young people who are learning about the garden and all it has to offer; and fresh produce available to purchase - the price? Donate what you can or use your EBT card.

"Part of what we are doing at the market is offering free unsubsidized food," explains Rocky Crockett, the executive director of the community garden. "We received some generous funding from Harvard Pilgrim Healthcare to support this market that we’re running and we found that providing ready to eat food is one of the best ways to introduce people to local produce rather than send them home with a head of cabbage to work with themselves."

Crockett grew up in Norway and moved away. It was the work being done at the community garden that drew him back nine years ago. He's not the only one drawn to what's happening here; founder Katey Branch last counted around 160 volunteers helping to keep things running.

"My daughters Emma and Ruby Day Branch inherited this plot of land which used to just be a fill. It was owned by their dad Alan Day who was a great guy in the community, so when they were left this land we wanted to do something to honor him," remembers Branch about the beginning. "Ten years ago we literally had two small plots and a big wish that something would come about that would actually serve the community and be aware of contradicting global issues; issues of climate change and diabetes and issues that are just going on because of a broken food system."

That work begins with the children in the community. Volunteers helped create a "Youth Leadership Program" that stops by local schools and talks to teachers and students about growing their own food; brings some of them into the garden to help grow; and then teaches them how to cook for themselves using that produce.

The Community Market in Norway is open from 4-7 on Friday nights. There are also yoga and various cooking classes offered through the summer.

RELATED: In the woods of Maine, a slice of music heaven