Summer Session is one of the largest craft beer festivals in the state; and while it can't bring people together this year, organizers have another option. 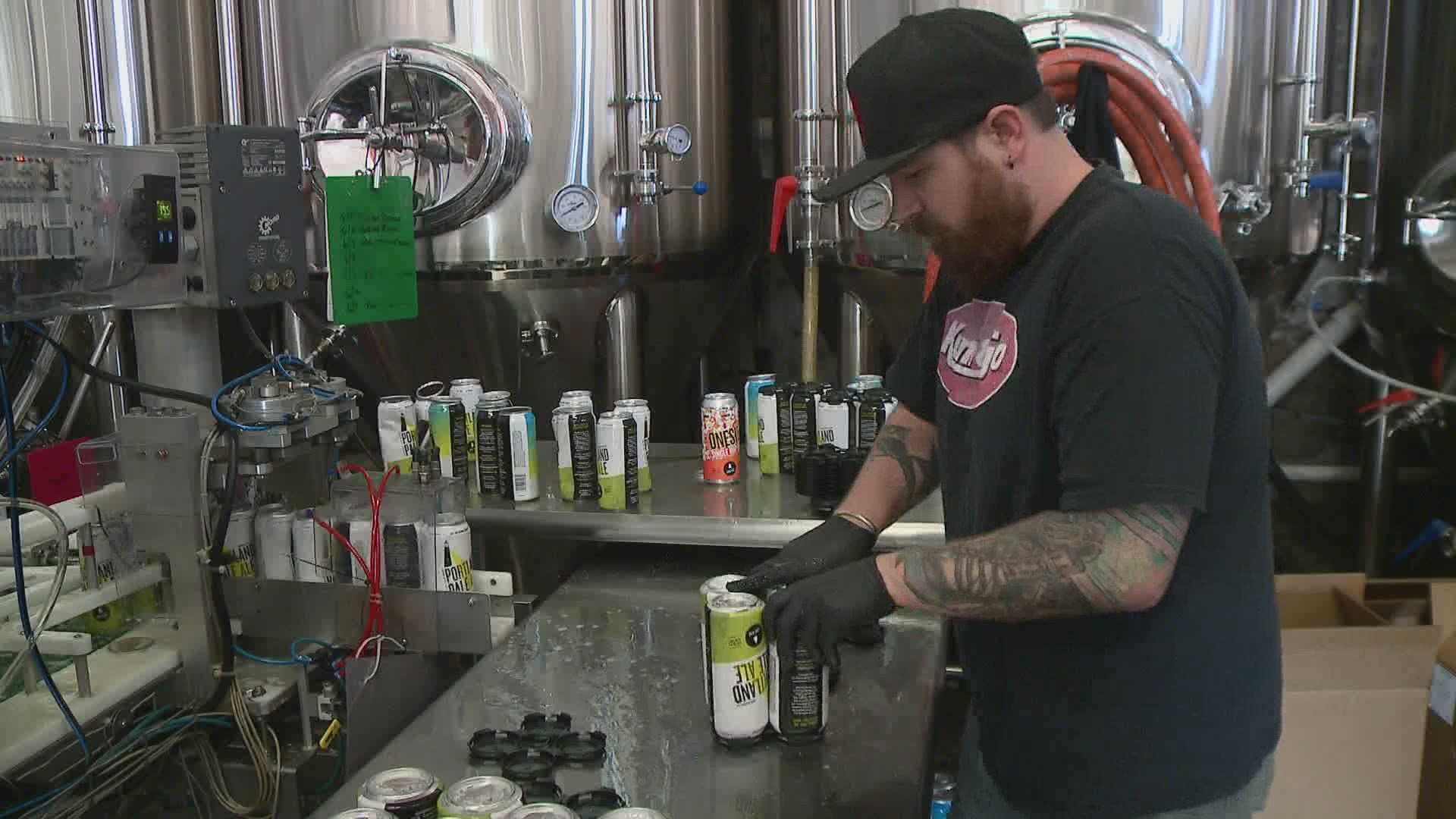 PORTLAND, Maine — Summer Session is one of the largest craft beer festivals in the state. While it's typically a way to bring brewers from each corner of Maine into one place to mingle with beer drinkers, this year that just can't happen. Instead, the Maine Brewers' Guild is hosting a virtual event: Maine Beer Night. No, it's not a giant zoom meeting in which everyone is talking over each other; it's an event that will feature pre-recorded tours of breweries; round table conversations; and of course, beer. I spoke with the executive director of the Maine Brewers' Guild, Sean Sullivan.

Maine Beer Night will be a collection of pre-recorded videos from brewers; behind the scenes looks into the brewery or the farm; and live round table discussions with some of the people involved in making beer, from the coopers who infuse barrels, to the comic artists who design the cans.

RELATED: The Brothers who brew beer - and the path that brought them here

"I think everybody feels a little cooped up these days, so it’s a mix of education and entertainment," Sullivan says. "We’ve asked some of the farmers who are growing hops and barley here to do a tour of their farm, talk about what they are growing and some of the challenges they have been facing; some of their interactions with our Universities or cooperative extensions; learning about some of the people and places behind the beer as well as some of our breweries. People love going on brewery tours, obviously that’s not happening right now so we are giving people a chance to get a guided tour with the brewery owner or the brewer themselves and see a beer day happen."

If your favorite part about beer festivals is tasting the beer, The Maine Brewers' Guild has teamed up with CarHop - a delivery or curbside pickup service - to share some new flavors. "We are arranging so that all over the state, from Aroostook County on down, people can pre-order a mixed pack of Maine beers - that the bottle shop owners that they can pick it up from - will help to curate." That order needs to be placed by July 18th, you can do so here.

RELATED: At Allagash Brewing, sales plummeted by 70%. Then its founder got Covid