Words are important to the daughter of television and radio host and outdoor columnist, Bud Leavitt. It's why Liz Polkinghorn stitches them into hats. 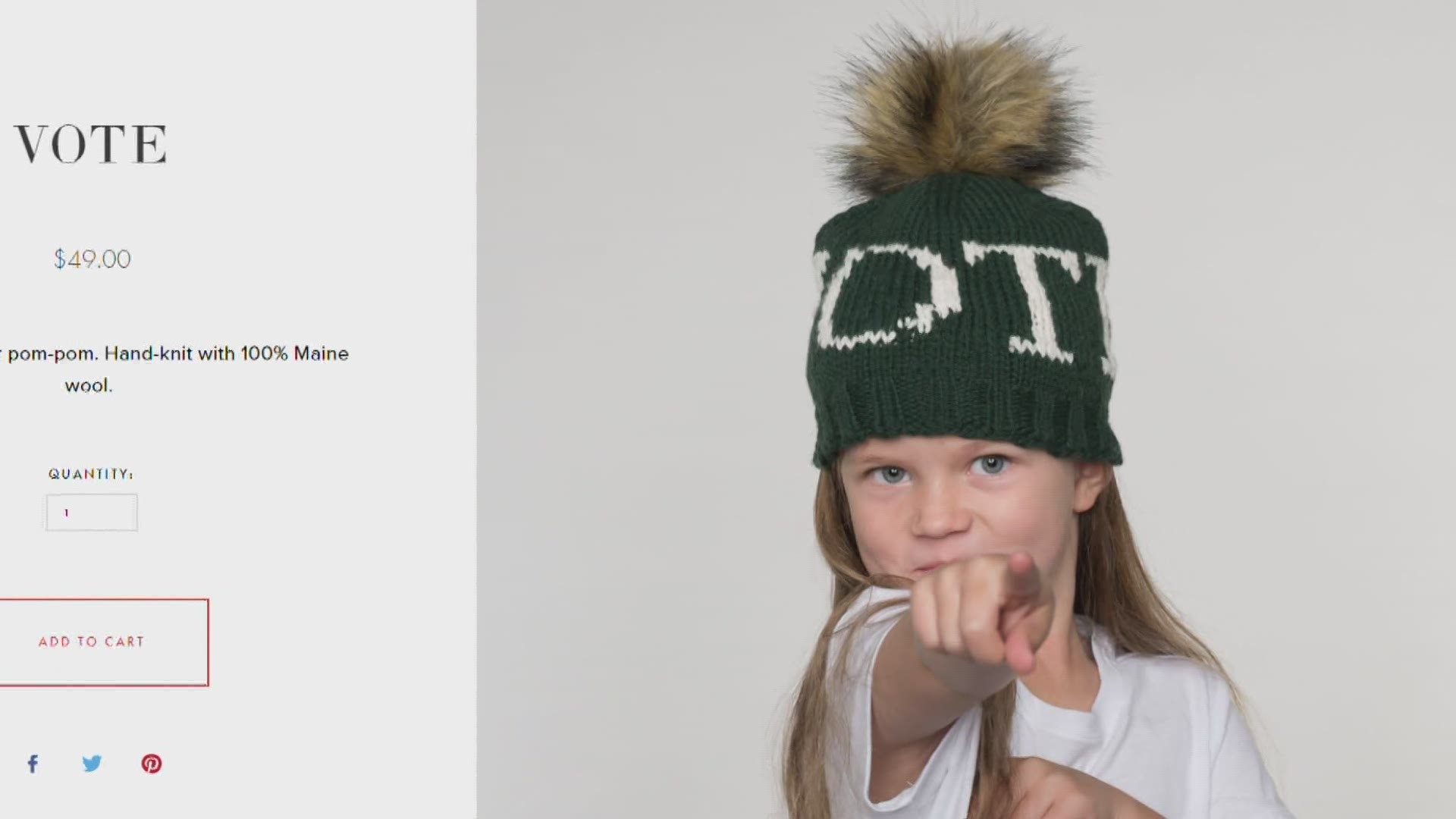 YARMOUTH, Maine — Words are very important in our lives. They can inspire, they can cut down, or they can make us think. Liz Polkinghorn was always inspired by words; specifically the ones her father would write for a Maine newspaper. Her mother was a skilled knitter, so Liz combined the two into one company called, Bespolk.

"I grew up in Maine and skied when I was a kid and stuff so hats are a big deal obviously," Polkinghorn says. "Then we moved to Southern California for like 20 years and moved back and really realized how cold it was in Maine. It kind of felt like it was a way to sort of say things. I can put things on a hat that I probably wouldn’t normally say."

Sometimes the words Polkinghorn knits into her hats carry a lot of meaning; sometimes they're just words that make passersby turn their heads. In fact, the very first word she stitched into a hat that she wore to the barn to shovel manure, said it all: "Sh*t."

"It was the first winter we were back and I had forgotten just how cold it is in Maine in January, so yeah that curse word actually went quite well, but I have moved on. I have a evolved," Polkinghorn jokes. "I actually sold a lot of those hats. It’s fun now in a political time; I mean this is a ripe time to be able to express things; when you have a down coat on and you’re sort of all bundled up you can still say something without opening your mouth."

Polkinghorn's "Vote" hat has been spotted by the editors of Good Housekeeping, and is featured in the November issue.

She jokes that she never saw knitting hats as a business, but Polkinghorn appreciates having a template for her so called "humble opinions," and the opinions of others looking for a custom-made hat.

Words have always carried meaning in her household. Polkinghorn is the daughter of Bud Leavitt; an outdoor enthusiast, columnist, and radio and television host in Maine. "I always think of him in the morning, it would be like 5 o’clock and you’d hear the typewriter typing," Polkinghorn says. "I always loved news and I always liked newspapers because, obviously, you know that was his whole life."

RELATED: A look back at the life of Bud Leavitt

"I think the word is very important. You can change the world with a word; not that I think I am!" Polkinghorn laughs.

RELATED: A collection of stories of Maine's outdoor enthusiasts