A day on an island with Maine artist Eric Hopkins

“I like to be loose, fast and furious,” says Maine artist Eric Hopkins about his life, and his work. 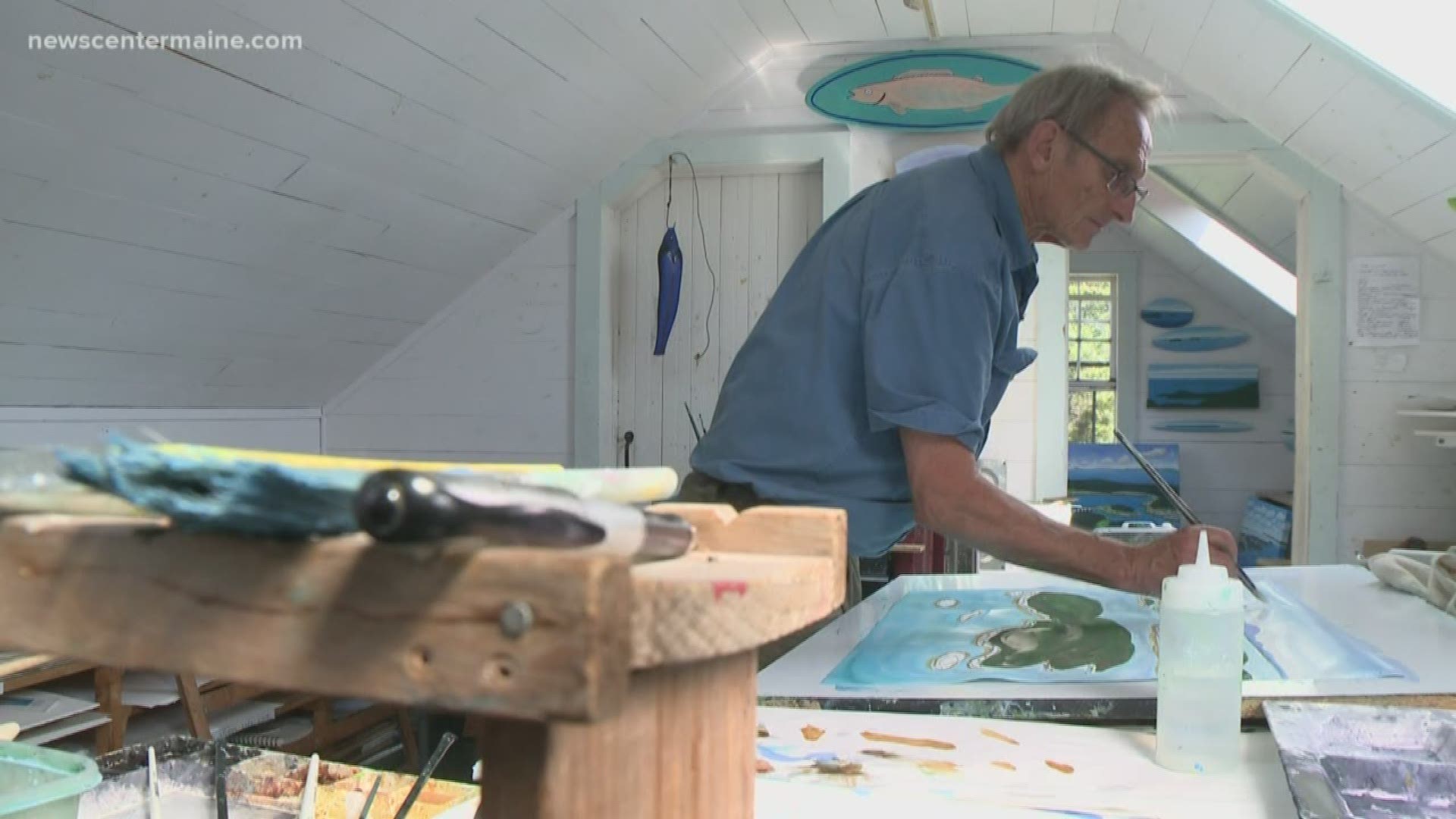 NORTH HAVEN, Maine — Eric Hopkins has a simple rule: If the sun isn’t shining, he doesn’t paint. He’ll work, maybe with wood or glass or some other material, but he won’t pick up a brush. He needs a blue sky to fill a canvas with the bold, vibrant colors that bring his Maine landscapes and seascapes alive. “Best way to kill a painting—put me to work on a gray day,” he says.

In a career spanning more than forty years, Hopkins has become one of Maine’s most prominent artists. Growing up on the island of North Haven, surrounded by nature, had a profound effect on him. By the time he was in his late teens he was making money selling funky little creatures he created out of lobster shells. He’s made a living from his art ever since.

RELATED: Woman thanks doctors, nurses who saved her life

RELATED: Music from The Fogcutters

Hopkins is a man of energy--it’s just about impossible to imagine him lounging in a hammock—and creating art excites him, but he does it on his own schedule. “You know, a lot of people say, ‘Oh, it’s good to have deadlines, it’s good discipline, blah blah blah.’ That’s crap. For me, I just love to come to the studio and do whatever I damn well please.”

As I watched Hopkins paint—he moves briskly, without hesitation or indecision—I asked him if the way he works has changed in the last twenty or thirty years. “Yeah,” he said with a tinge of regret. “I’ve gotten actually tighter in my old age, and I don’t like that.” He paused as he added another brushstroke to the canvas. “I like to be loose, fast and furious, and that just hasn’t happened quite as much.”