A big support system found in a tiny service dog

When we think about a service dog, the first few that come to mind are Labradors or Golden Retrievers, but an 8-pound chihuahua is making a big difference. 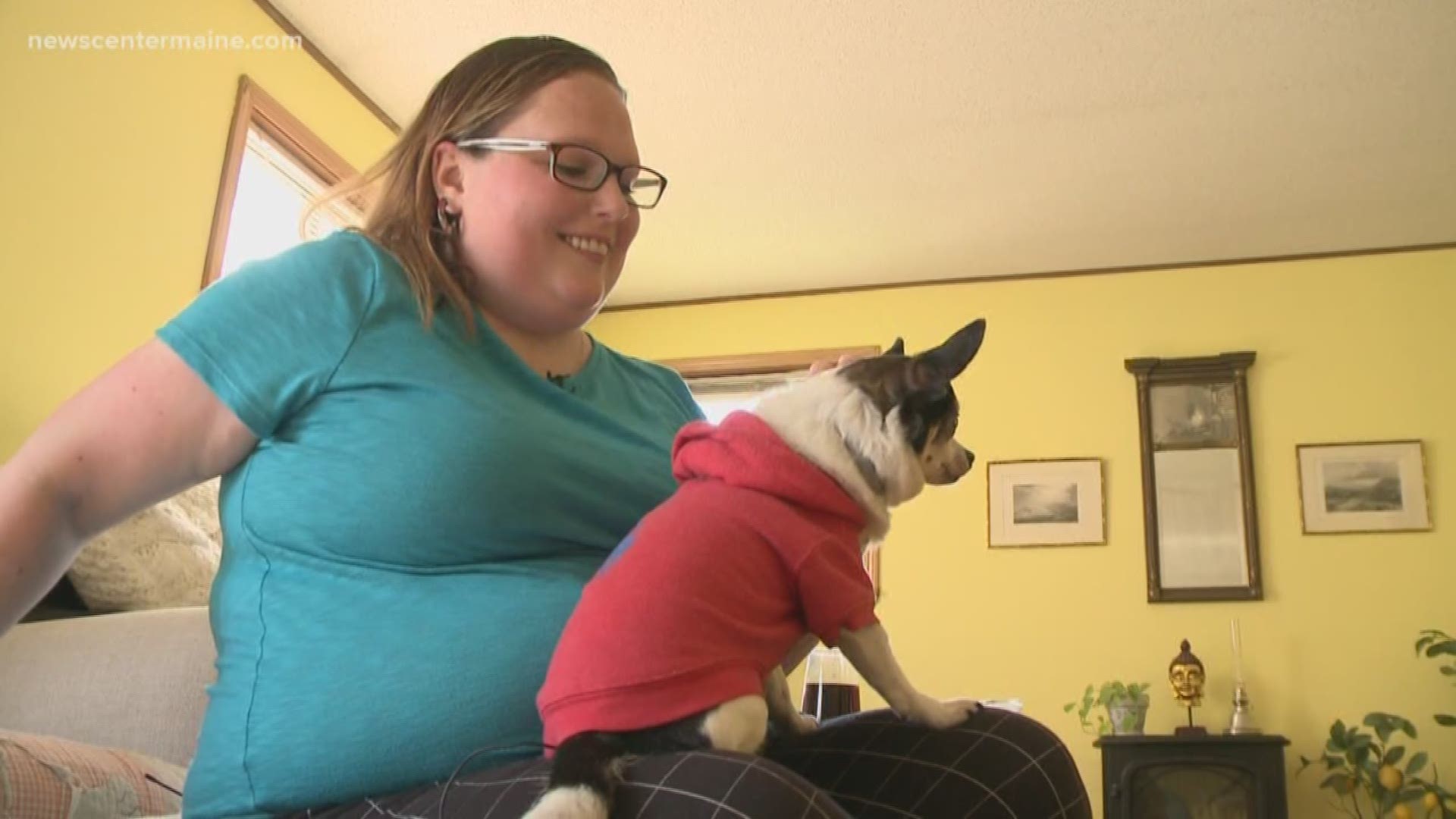 PORTLAND, Maine — "I was having these two voices all the time with me; I was having all kinds of delusions, weird false beliefs; I thought I was Justin Timberlake‘s new choreographer at one point. You got a laugh about those things now." Sara Paulsen can laugh about certain effects of her diagnosis of schizoaffective disorder now, but only because she has the support she didn’t when she was diagnosed at 16-years-old.

She has people to talk to; medication that helps balance things; and Liam – an 8 pound chihuahua, trained to be her service dog.

"I can simply tap him on the shoulder like power-on Liam, it’s time to work now, and based on what he’s heard and seen that’s changed in the last 10 to 15 seconds I can then ask him either, 'did you hear that?' or 'did you see that?' and if he did he will put one paw forward or he will tap me with his paw," says Sara, who first got Liam eight years ago. He was just supposed to be her pet, but after talking with his initial owner about her daily struggles, something clicked.

"She said, 'I have a granddaughter who was recently diagnosed and I’ve been thinking about ways we can train the Chihuahua to help.' She agreed to work with us for two years without paying a penny," says Sara, who calls it the gift of a lifetime.

Even Sara’s therapist worked with the two. Sara says, it changed her life.

"Everything is much more calm and I am more confident and I have so much less anxiety than I did before so I’m taking less medication, I’m seeing more people I’m doing more things." In fact, she’s doing something she never thought possible: talking to groups of people.

Sara meets with medical workers and students; really anyone who will listen to her story. Anyone who needs support, or who offers it. "Growing up my father had schizophrenia and my family’s reaction to that was to just not talk about it and push it under the rug," says Sara. "When I speak I hope that same situation won’t occur again."

She’s done so many talks, that she decided to make it official, starting up the Kaleidoscope Speakers Bureau. Starting in the fall, she and other people she has met along the way will be in any high school and college they can get into – spreading the message about mental health awareness and letting people know it *will be okay.

Thanks in large part to little Liam, Sara has come a long way in her treatment. She’s written a memoir about her life, and recently recorded a video for VetriScience which wanted to highlight mental health awareness for the month of May. The duo proving that big things can come in small packages.