Norah Donnell fishes her 30 lobster traps twice a week off of Wells beach. The 11-year-old uses her student license to make money during summer break. 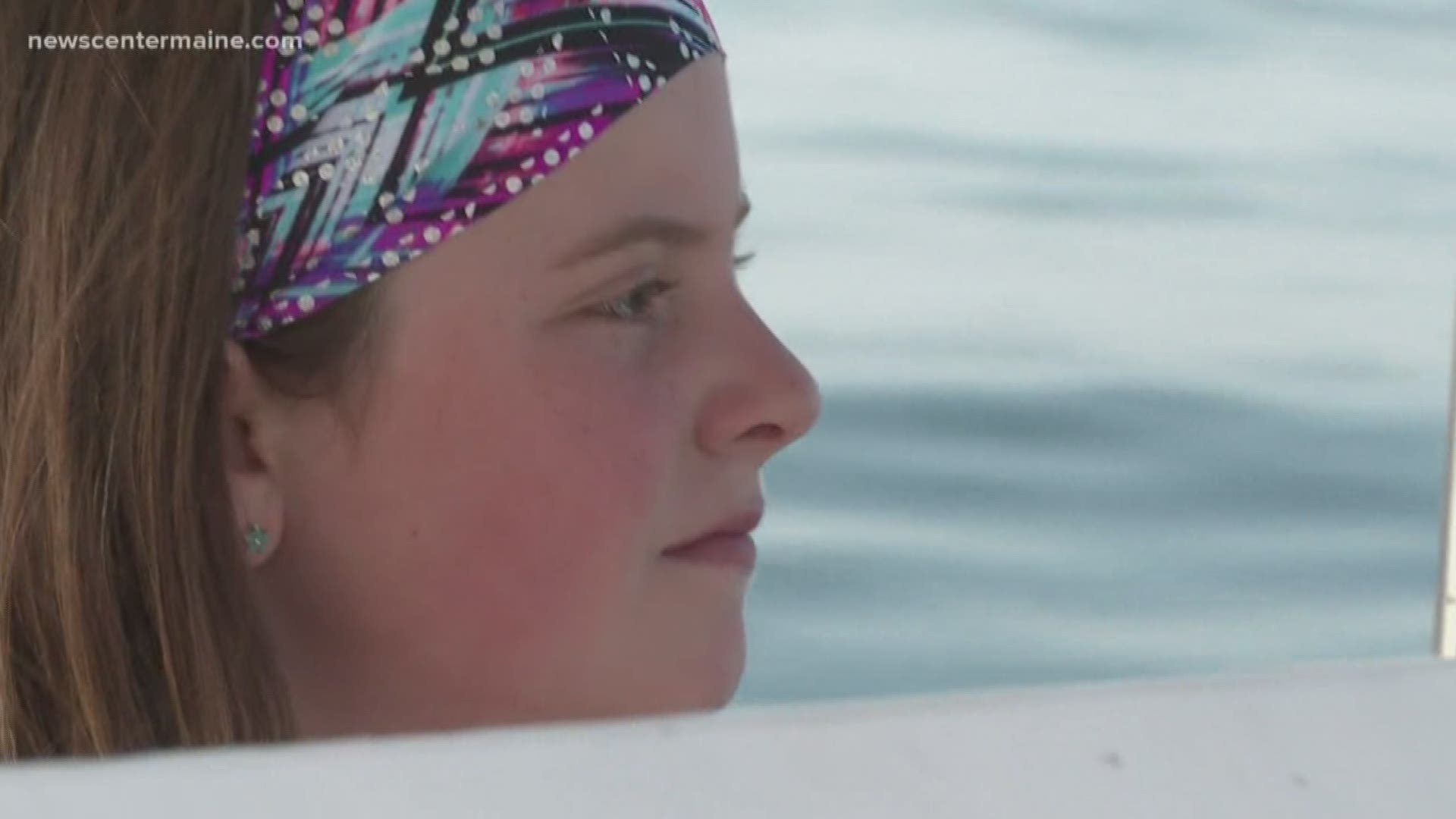 WELLS, Maine — A sunny day in July is the perfect excuse to be on the ocean, even if it's for work on a lobster boat.

It's how Norah Donnell spends her summers with her dad, Zach, fishing for lobsters off of Wells beach with her student license. She fishes 30 traps twice a week, not bad for an 11-year-old getting ready for the sixth grade.

"I like seeing the traps and when they come up and the big lobsters are in there," Donnell said. "It's fun to measure them and see if they're keepable, or not."

In the last four years of lobstering, Norah has learned how to measure, identify male and egg laying females, band claws, throw back traps and several other tasks of the job that Zach has been doing since he was 14 years old. He fishes 800 traps year-round, in addition to the 30 he pulls from the water twice a week with his daughter.

"It's hard work, it's every day, it's not when you want to," Zach Donnell said. "You are in business for yourself and it's one of the few things that the harder you work, the better you can do."

There are other women who lobster, but Norah Donnell doesn't know anyone on the water who's younger than she is. It's part of the reason why she was chosen as the subject of a Susan Tobey White painting. On display at the Penobscot Marine Museum for the public to enjoy.

"It was amazing, I was in love with it," Donnell said. "It's so beautiful and everyone was like, 'oh my gosh, is that Norah?' I think I got like a million pictures taken of me."

A painting with a smile from ear to ear that Donnell also wears on the job. Showing how proud she is to be on the boat with her dad and a part of Maine's lobster industry.

"Yeah it's fun," Donnell said, with a smile.