On Tuesday morning Animal Control responded to a home on Coldbrook Road in Hampden. The owner of the home has been trying to become a breeder. 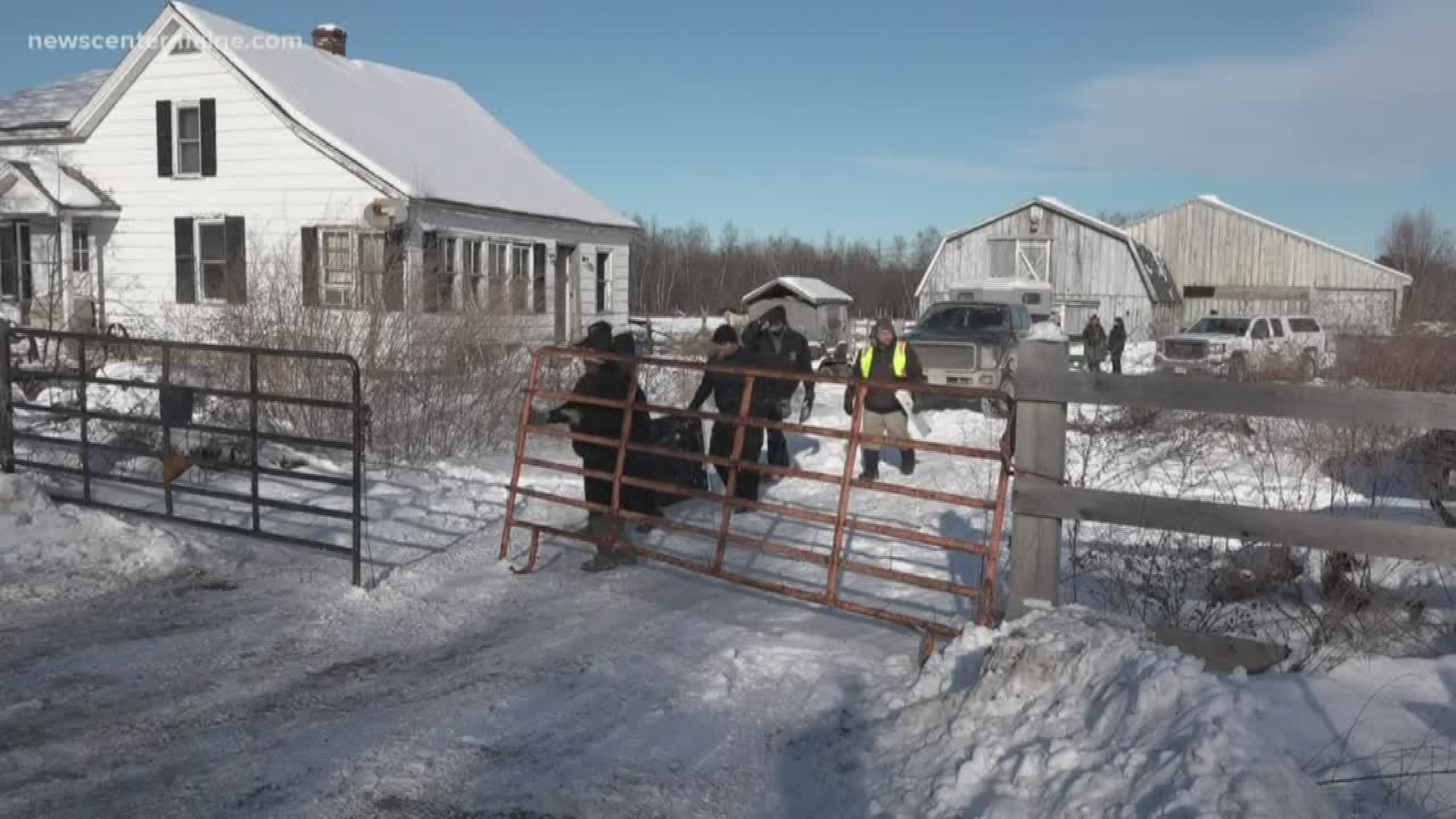 HAMPDEN, Maine — Animal Control is responding to a home in Hampden and removing about 20 Great Danes and an assortment of other animals including a horse that the owner surrendered herself. Officials arrived at about 10:30 on Tuesday morning.

"We're still in the process of accounting for everything so there's multiple dogs, so far we know of one cat," Animal Welfare Director Liam Hughes said. "Right now we're still trying to take a headcount of everything."

This home has been trying to become a licensed breeding facility and during the inspection process conducted by Animal Welfare a few months ago there were some "concerns", Hughs told NEWS CENTER Maine.

"We gave the owner the ability to try to correct and in the meantime, the corrections were not made, the living conditions the animals were in were not appropriate for the type of dogs they are so because of the weather, the conditions we're looking at today. We had to take action," Hughes said.

He also said most of the dogs are "extremely cold."

The woman who owns the property is not being named yet.

Animal Welfare says officials will remain on scene until all the animals that need to be removed are.

All the dogs are going to undisclosed shelters in the area.

If you want to help these animals, Hughes says to help other animals in need.

"All these dogs are going to be considered evidence while we go through the court proceedings so the best thing your viewers can do to kind of help us is to check with the local shelters there are a lot of animals that right now need help," Hughes said.