Detective Campbell would have turned 34-years-old on Wednesday, April 8, 2021. Campbell is survived by his wife, Hillary, and their son, Everett. 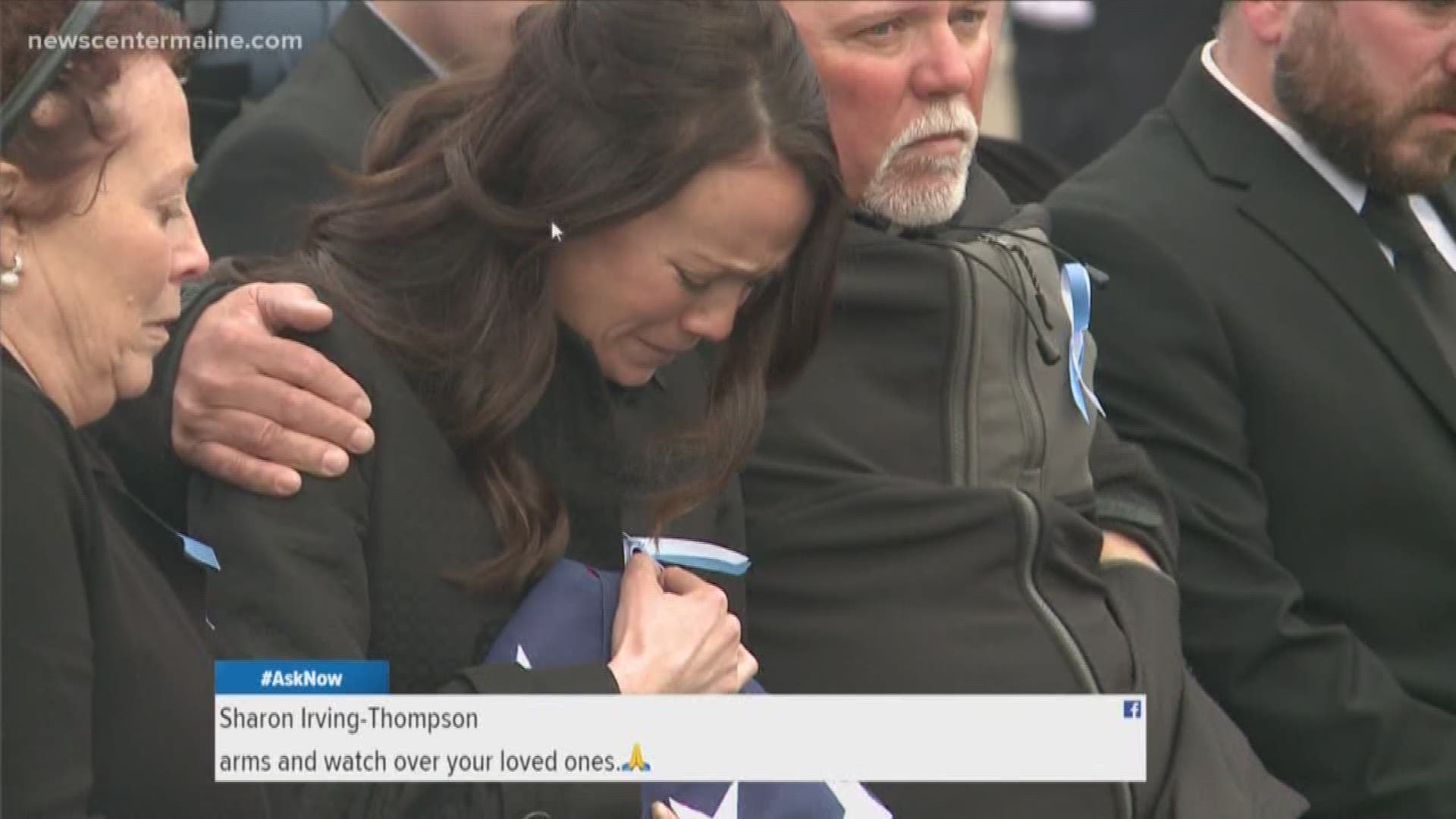 MAINE, USA — It's been two years since the "bizarre" accident on I-95 that killed Maine State Police Detective Benjamin Campbell.

Campbell was pulled over along I-95 in Hampden near Exit 180, helping a driver who had spun out of control. He was standing outside of his cruiser when two wheels separated from a tractor-trailer logging truck that was driving past him. One of the wheels landed in the median, but the other hit Campbell in the breakdown lane.

As a result of the impact, Campbell suffered severe injuries. Multiple units responded to the scene to treat him, but he succumbed to his injuries. Campbell was taken by ambulance to Northern Light Eastern Maine Medical Center where he was later pronounced dead.

Back in 2019, Governor Janet Mills said in a statement, "Our state is heartbroken over the loss of Det. Benjamin Campbell. Maine's law enforcement professionals put themselves in harm's way every day to protect our state, keep our communities safe, and help our fellow citizens. Det. Campbell dedicated his career to fulfilling that mission and, ultimately, gave his life in service of it."

Thousands of police officers, state troopers and public safety employees and relatives gathered to remember Campbell, mourn his loss, and give tribute to his service at the Cross Insurance Arena in Portland in 2019. Representatives from 18 other state police and highway patrol agencies, along with members of the Royal Canadian Mounted Police, attended the tribute to Campbell, said Stephen McCausland, spokesman for the Maine Department of Public Safety.

Campbell is survived by his wife, Hillary, and their son, Everett.

RELATED: Maine bridge to be renamed after fallen state trooper