Ron Morin was fire chief in Carrabassett Valley for 17 years and taught EMT classes for 28 years. But on August 14, he was the one who required emergency treatment. 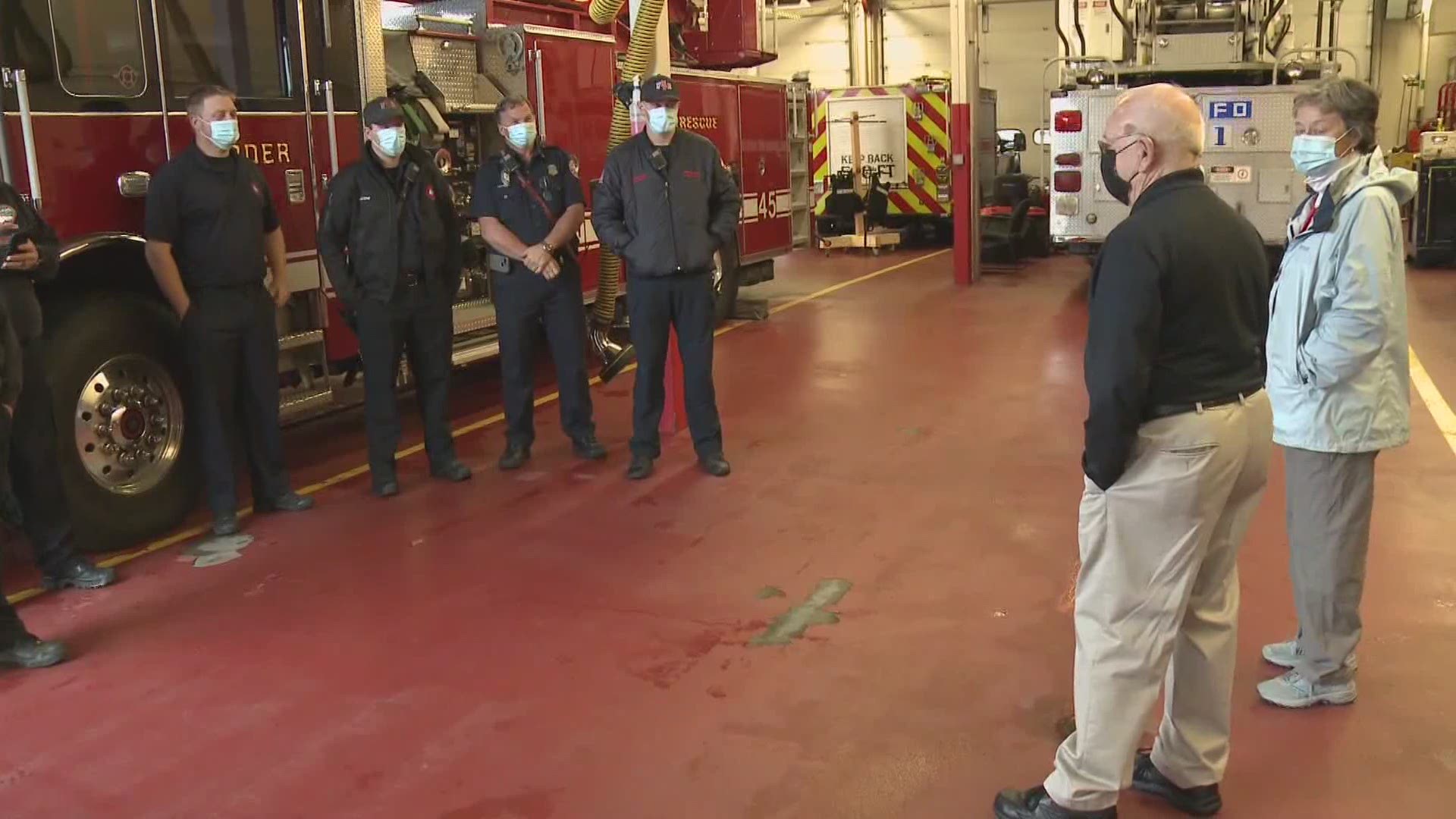 SOUTH PORTLAND, Maine — A Maine man who crashed his truck in August due to cardiac arrest visited the Western Avenue Fire Station in South Portland on Saturday to thank the firefighters and police officers who had a part in saving his life.

Ron Morin graduated from the first paramedic class ever held in Maine in 1982. He served as a member of the Maine EMS Board and founded the Maine EMS Honor Guard.  He was also the fire chief in Carrabassett Valley for seventeen years.

On August 14, however, Morin was the emergency call.

South Portland Fire Rescue responded to a motor vehicle accident on Maine Mall Road that day. When units arrived, the South Portland Police Department had begun CPR on the driver — later identified as Morin. His truck had collided with a car and also struck a building.

Morin had gone into cardiac arrest, which caused the crash. After receiving two defibrillations, he had a return of circulation (pulse) and was immediately transported to Maine Medical Center. He was delivered to the cardiac catheterization lab within 8 minutes and had a stent placed in a fully blocked heart vessel.

“Over forty years I can count on a single hand how many times someone came back and said thank you," Morin said. "And these guys need the thank you, and they need to see me standing here, telling them I’m upright and that I’m the same as I was a year ago.”