"It is people like these two who make Maine a great place to live, and restore our faith in humanity," Goodwins Mills Fire-Rescue wrote in a Facebook post. 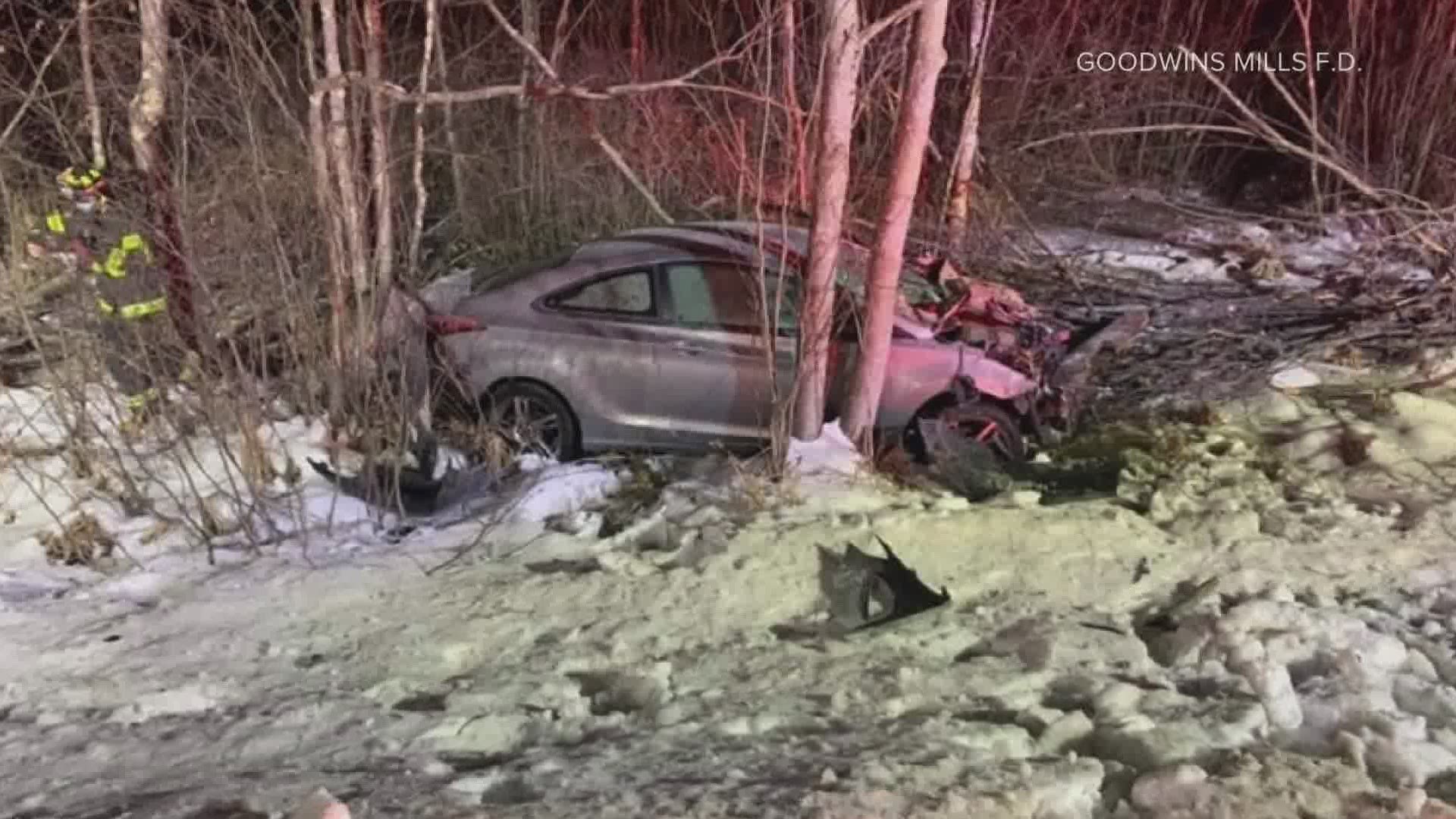 LYMAN, Maine — Goodwins Mills Fire-Rescue is crediting two men with helping a woman who was trapped in her car for hours after crashing in Lyman overnight.

Officials said the car was frosted over and, according to officials, likely had been there since well before midnight.

According to a Facebook post by the department, the men stayed with the driver and covered her in warm clothes until first responders arrived.

John Bedard, a truck driver for Poland Spring, was one of them.

"It's good to know that she's okay," Bedard said. "That's the whole thing. We were at the right place at the right time. If we didn't stop, with the condition of the weather and not knowing if anyone would have seen her until daylight, you don't know."

He said he usually takes a different route, but this morning something made him go the other way.

Bedard noticed the scene because the other passerby stopped to help.

Upon arrival, crews found a single car well off the road with one person inside.

HEARTWARMING: John Bedard, a @PolandSpringWtr truck driver, was one of the men who helped rescue a woman trapped in her car for hours after she crashed in Lyman overnight. He says he usually takes a different route. #NEWSCENTERmaine pic.twitter.com/KOkuT6OIiX

"The biggest message is 'Thank you,'" Goodwins-Mills Fire Chief Mathiew Duross said. "Being there for so long there's the potential multiple vehicles did end up going by that location and not see the accident."

Duross said the driver of the car could have been trapped there for upwards of 8 hours. He urged the public to always keep an eye out and never be afraid to call 911.

"We came upon it and did what we could to help out. That's what we do in Maine," Bedard said.

The driver had minor injuries and is now recovering at home. Duross said she plans to thank the men who helped her in private.