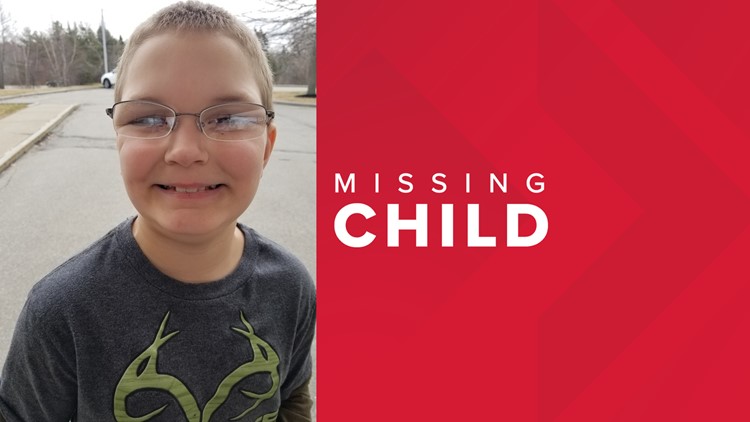 UPDATE: 12-year-old boy with autism missing from Levant has been found safe

He was found inside the South Levant Church attempting to get warm, police say.

He had last been seen at 10:20 a.m. Friday by his father at home, then again at 12:30 this afternoon on the Horseback Road by a bus driver, police say.

Farrington is 100 pounds, 5’ 2” with dyed red hair with blue eyes. He is sensitive to bright lights and sound, but is high-functioning, verbal, and will respond to his name. He also will run away if chased.