Maine’s lobster industry has been facing new regulations on the industry in an effort to save the right whale population. 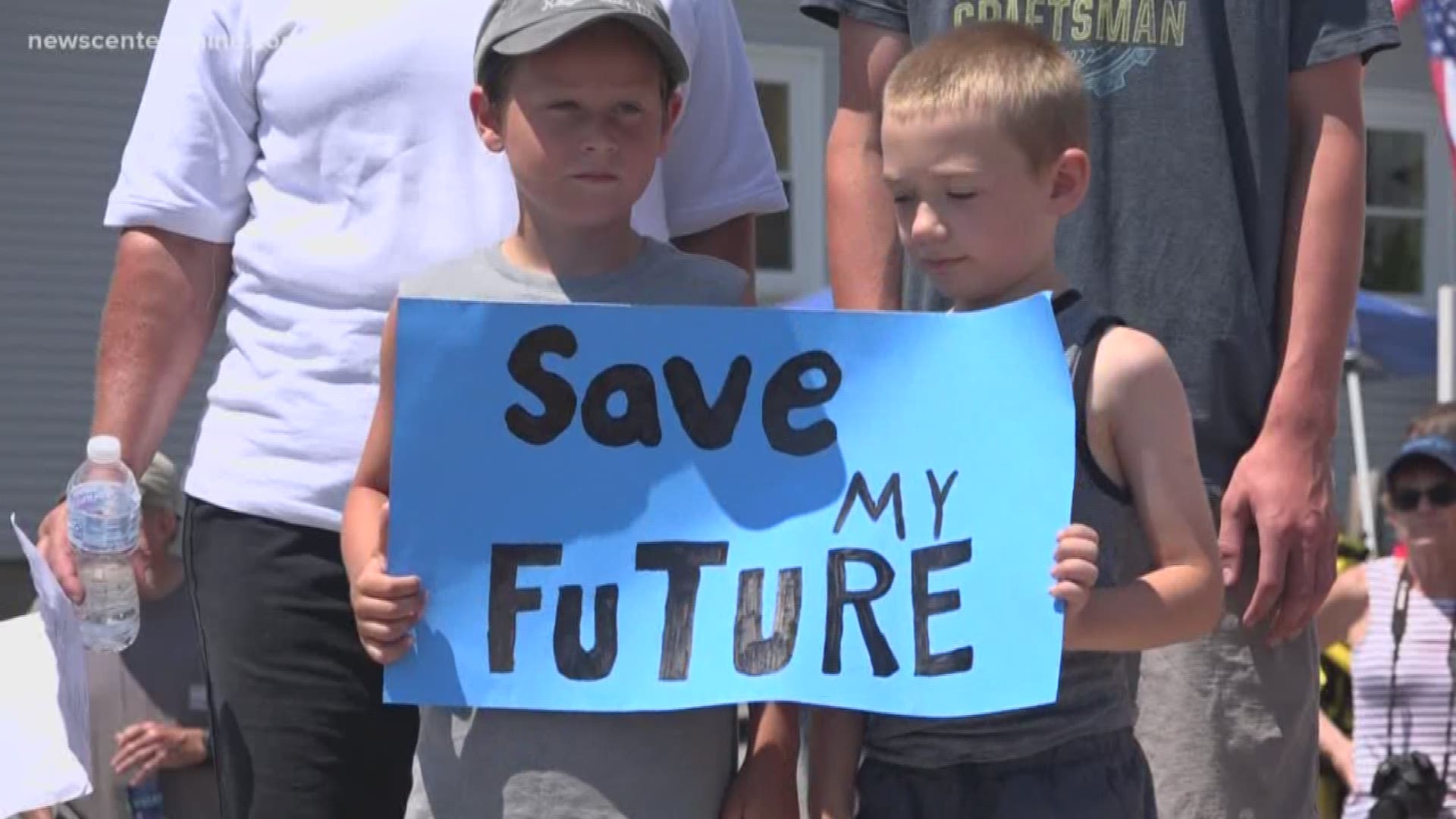 STONINGTON, Maine — Lobstermen and women from around the state gathered by the dozens in Stonington Sunday for a rally to protect their industry.

The commercial fishing pier in Stonington was the scene for the Sunday afternoon rally to “protect the future of the lobster industry and coastal communities,” according to a press release about the event.

RELATED: Governor pushes back at feds on protection for rare whales

Maine’s lobster industry has been facing major challenges recently including high trade tariffs, low bait shortages, and new regulations on the industry in an effort to save the right whale population.

Maine’s lobster industry has been blamed for the recent deaths of right whales on the east coast, though no deaths have been reported in Maine waters.

1 / 8
NEWS CENTER Maine
To prevent whales from getting tangled in lobster gear, the federal government wants to see a 50% reduction in the number of ropes, called 'vertical lines', between traps and lobster buoys. But Maine lobstermen say the whales aren’t in their fishing waters, and that the regulations would hurt them without helping the whales.

RELATED: Whales have worse than average year for entanglement in gear

All of the lobstermen who spoke at the Sunday afternoon rally say they’ve never seen a right whale while out on the water, let alone having hit and killed one with their boats.

Right whale deaths have recently been confirmed in Massachusetts on Cape Cod and up north in Canadian waters.