One of the adults was critically injured while trying to get to the teen. Gardiner believes that person is being treated at Maine Medical Center. 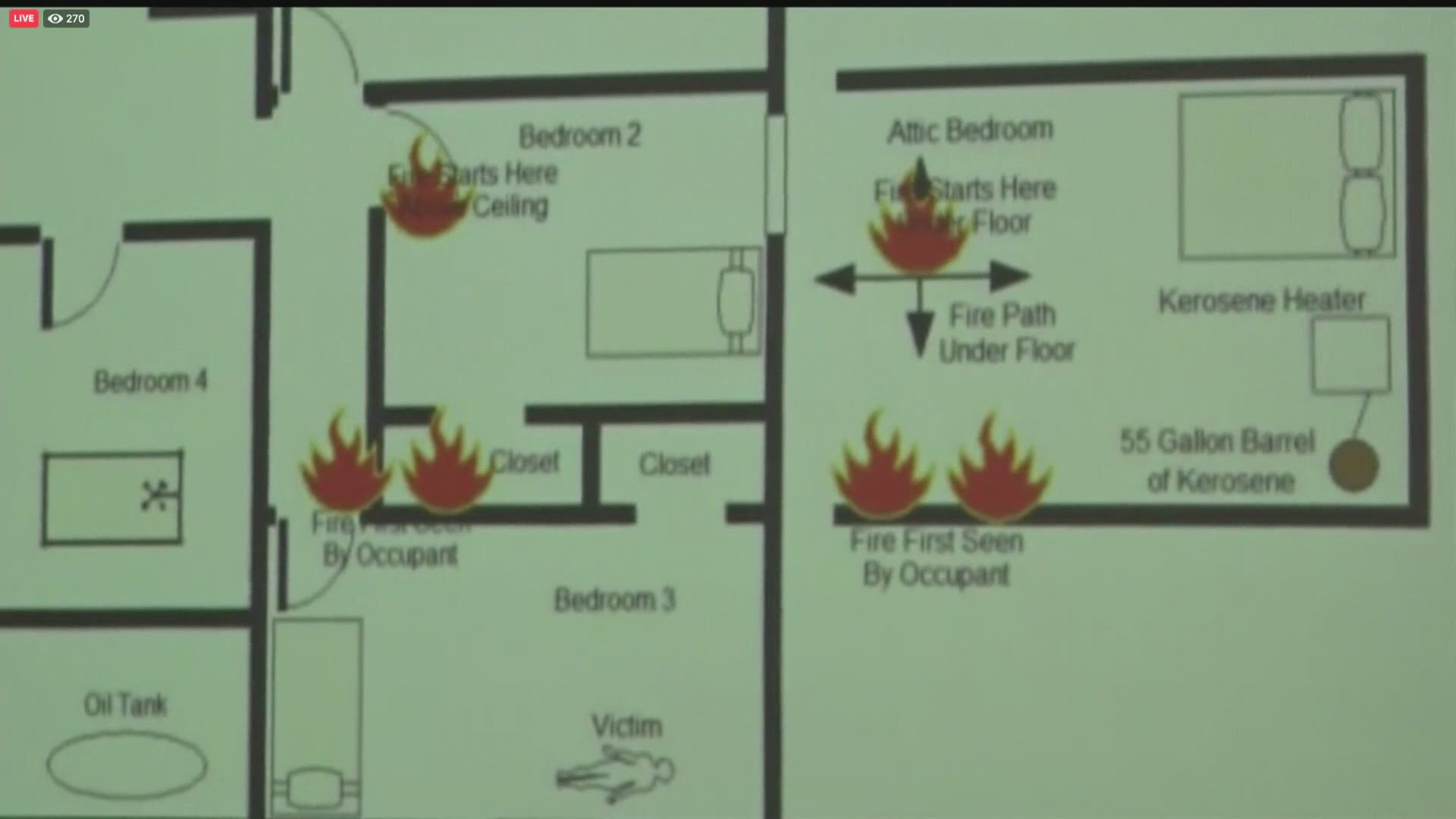 CAMDEN, Maine — A fire at a home on the corner of Mount Battie Street and Blake Street in Camden Thursday morning left a teen dead and two adults hospitalized.

The investigation is ongoing but the person who died is believed to have been 14-year-old Theodore Hedstrom, who lived at the home. During a press conference Friday morning, Maine State Police Lt. Troy Gardiner said a DNA confirmation still needs to happen.

Gardiner says he believes there were three people in the Camden home at the time of the fire. The two other people were adults who were injured. One was critically injured when trying to get to Hedstrom. Gardiner believes they are at MaineMed.

Maine State Fire Marshal Joe Thomas told NEWS CENTER Maine on Thursday six people were inside the house at the time. On Friday, Gardner updated that number to three -- the teen who died and the two adults who were hospitalized.

One of the adults was critically injured while trying to get to Hedstrom. Gardner believes that person is being treated at Maine Medical Center.

Gardner said there is no indication of foul play. He said the room where the fire started is where Hedstrom was sleeping, and it had electrical paneling. A new dryer had been installed recently that could have contributed, according to Gardner.

There is no indication of foul play for the Camden fire. Gardiner says the room where the fire started is where Hedstrom was sleeping, and it had electrical paneling. A new dryer had been installed recently that could have contributed.

Camden schools superintendent and the Camden Hills Regional High School principals wrote a letter to the school community Thursday, sharing news of the fire that they say impacted students who go to the school.

"No words can convey the hurt that the fire at the Hedstrom/Connors home has caused their family and will cause the greater community," they wrote. "This tragedy last night will impact many of us and many of you, your children and your friends."

The school officials go on to say there are resources and support available for students and staff who may be impacted by the fire. They said they are "actively monitoring students, today, and checking in with those students who are or we suspect will be negatively impacted."

A member of the family impacted by the fire started a GoFundMe page prior to the fire, in hopes of raising money to build an extra space next to their house. Since the fire, the GoFundMe has taken off and is at nearly $67,000 as of Friday morning.

Camden Fire Update: Superintendent Maria Libby sent this letter out to families this morning. In it, she states the fatal fire has impacted some students in the district. Additional counseling resources will be provided for students in the coming days. @newscentermaine pic.twitter.com/8sWy9bXSDe

RELATED: Efforts to save child in Lincoln fire hampered by the presence of kerosene

In the wake of the fatal fire in Camden as well as another fire this week in Lincoln that killed a 7-year-old girl, fire officials are pushing simple safety reminders.