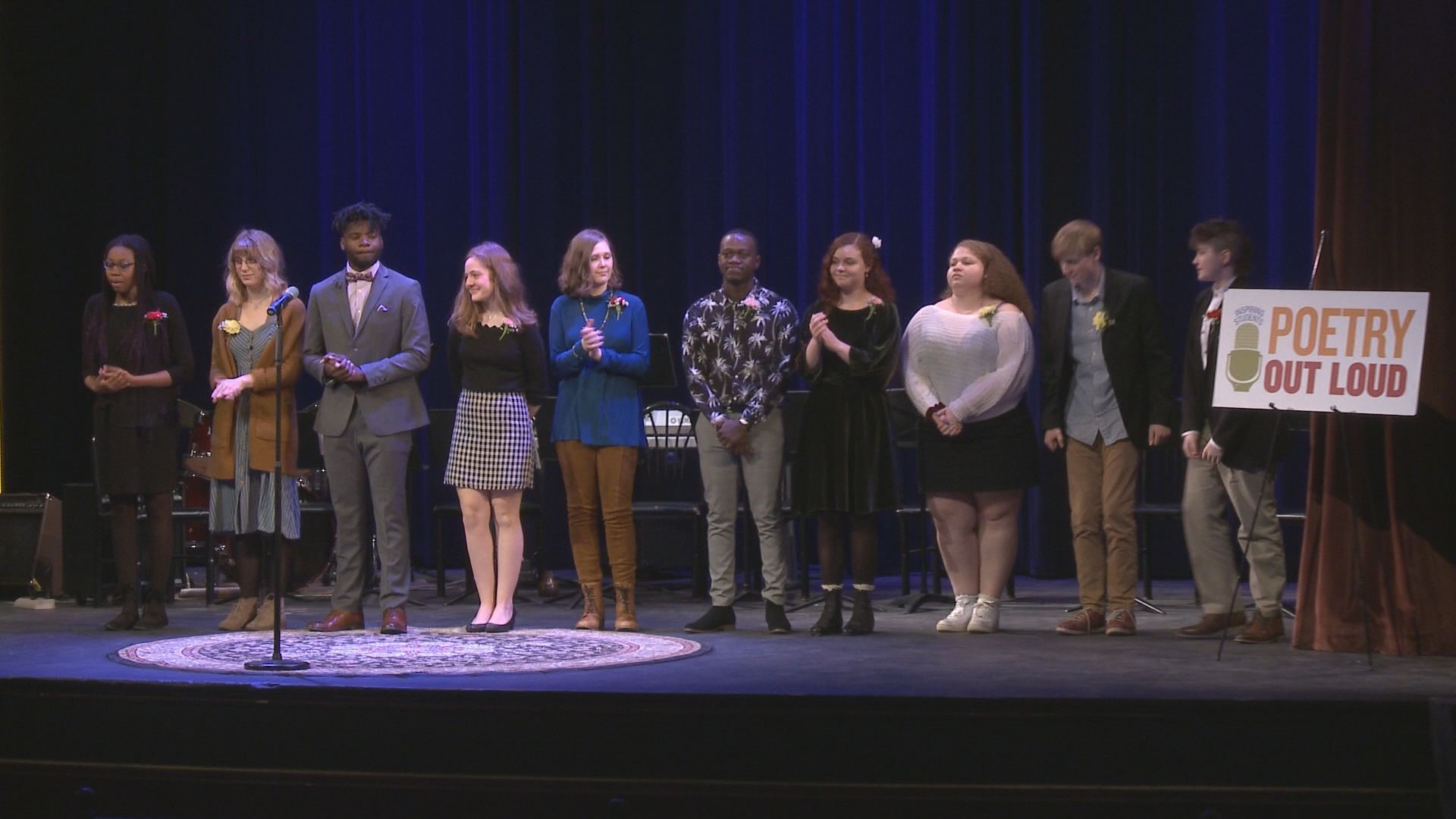 WATERVILLE, Maine — Joao Victor of Lewiston will represent Maine in Washington at the National Poetry Out Loud Championship.

Defending champion Allan Monga a Senior at Deering was the runner up.

Monga was originally barred from competing in the national championship because he was an asylum seeker from Zambia.

Victor, who is Monga's good friend, recited "Bright Copper Kettles" in the final round.

The National Finals are in Washington D. C. April 29-May 1.

Victor won $200, with a $500 stipend for the purchase of poetry books for Lewiston High.