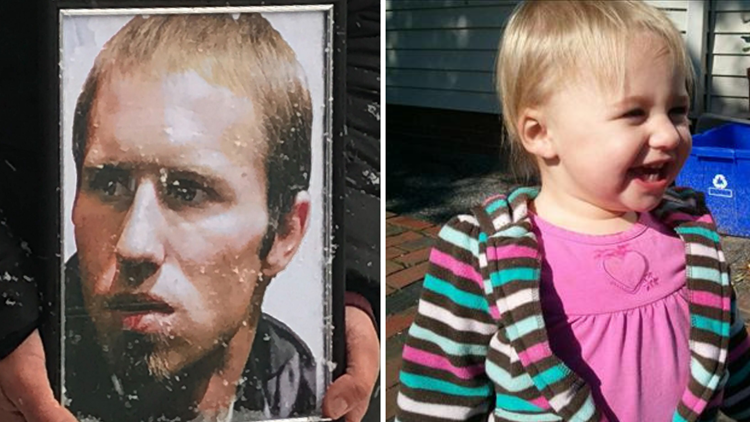 'He did cooperate. His story has been consistent throughout,' Justin DiPietro's attorney told the Morning Sentinel on Wednesday. 'He had nothing to do with her disappearance.'
Author: Liam Nee (NEWS CENTER Maine)
Published: 2:17 PM EDT May 15, 2019
Updated: 2:18 PM EDT May 15, 2019

PORTLAND, Maine — An attorney for the father of missing toddler Ayla Reynolds has reportedly responded on behalf of his client in relation to a wrongful death lawsuit.

The Morning Sentinel reports Justin DiPietro's Portland-based lawyer says his client "had nothing to do with [Ayla's] disappearance or death."

Attorney Michael Waxman told the newspaper Wednesday he would be filing an answer on DiPietro's behalf to the lawsuit, which was initially filed last November by a lawyer for Ayla's mother, Trista Reynolds.

After unsuccessful attempts to find him and serve him in person, Trista Reynold's attorney served DiPietro a summons via newspaper publication April 9 and 16 in Maine and California, to which a response was required from the father though court within 41 days of the notice.

Waxman told the Morning Sentinel that media reports depicting his client as uncooperative in the case were not true.

"[DiPietro has] given many hours of statements to police," Waxman told the newspaper. "He did cooperate. His story has been consistent throughout. He had nothing to do with her disappearance. He, obviously, struggles with this every, single day, as every parent of a child that has been harmed or disappears would naturally feel."