UPDATE: Police say they were investigating a suspicious duffel bag. It was not an explosive. 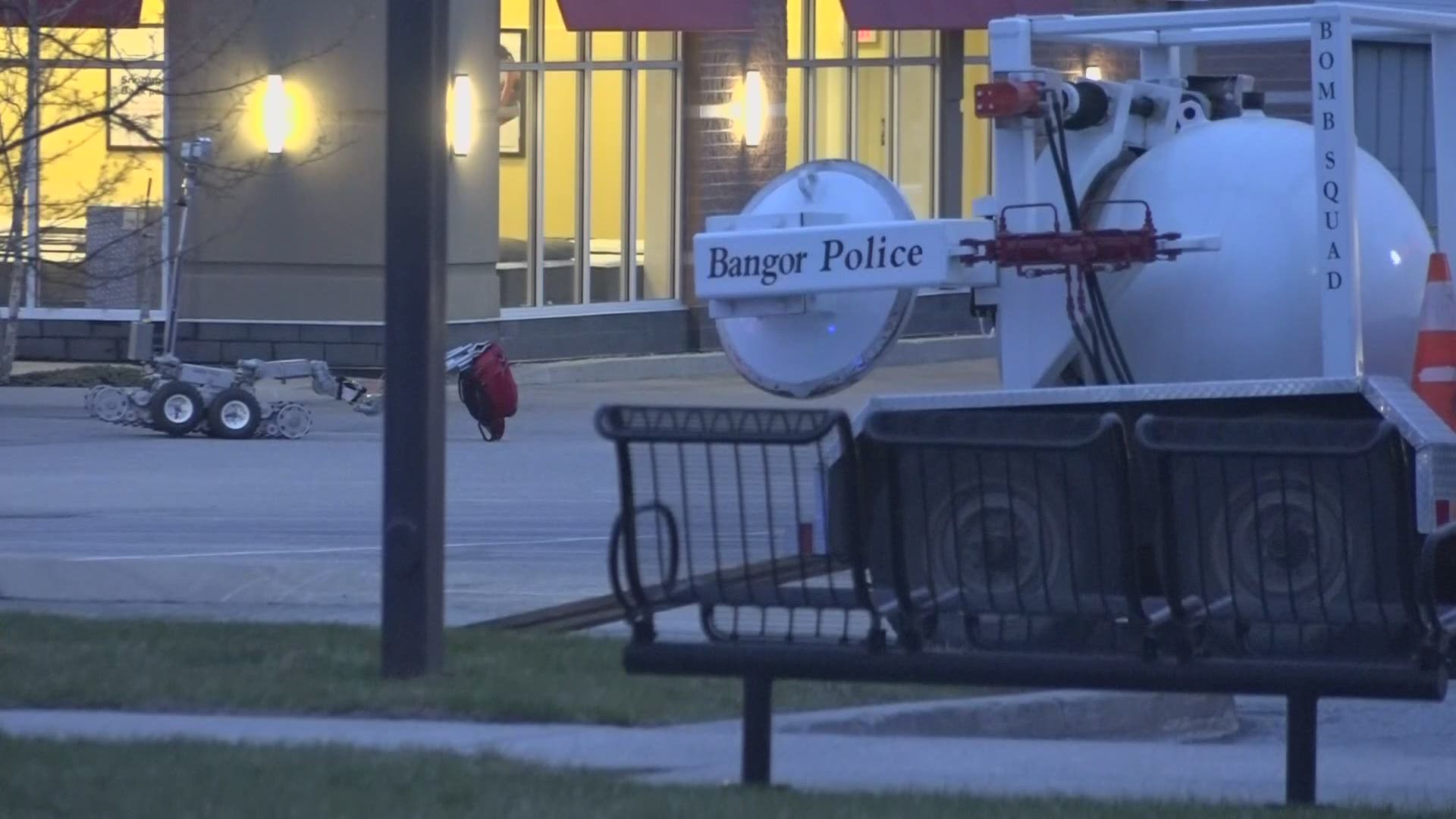 BANGOR, Maine — Police and fire units investigated a suspicious duffle bag that was outside a shopping plaza off Stillwater Ave in Bangor Saturday evening. According to police, the bomb squad tactical team determined it was not an explosive device.

Multiple police cars, a bomb squad, and fire trucks were on the scene from 6 through 8 p.m.

The plaza, which houses an AT&T store, Mattress Firm, and TD Bank, and the surrounding parking were cleared and blocked off as the investigation took place.

It appears the bomb squad used two robots to investigate the red duffel bag that was outside of the Mattress Firm store.

It appears a tactical team is sending a robot in now to investigate something. Multiple police cars and fire trucks are in the area. Officials have blocked off the plaza on Stillwater Ave. with AT&T, Matressfirm, and TD Bank. The parking lot is cleared and blocked off. https://t.co/kdeEP4cWAC

RELATED: No more office? COVID may have more Mainers continuing to 'work from home'