The president of American Postal Workers Union Local 458 said he hopes to clear the backlog in the next few days. 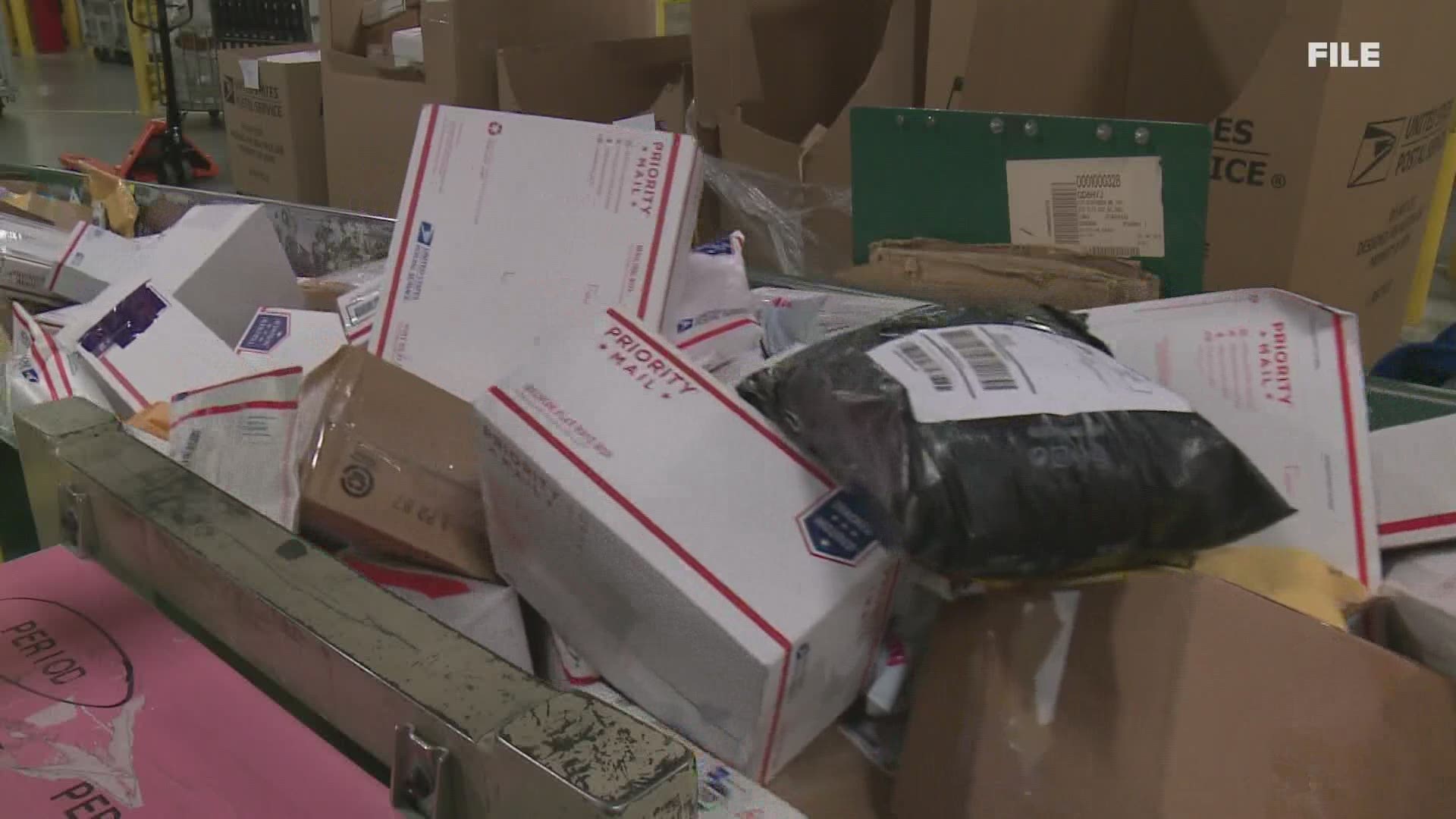 SCARBOROUGH, Maine — If you are still waiting for holiday packages to arrive in Maine, you are not alone.

The president of American Postal Workers Union Local 458 said there is a holiday shipping backlog. He said hasn't seen anything like it before.

"The volume of parcels we received flooded our facility. It's difficult to keep up with not only the amount, but to generate the mail and move the mail on a first in, first out basis," said American Postal Workers Union Local 458 President, Scott Adams.

Heather Brayman-Mitchell ordered her husband a watch, hoping to give it to him on Christmas Day. She said she paid for First-Class Shipping and that it was sent out on December 15th.

According to her U.S. Postal Service tracking information, her package is still in transit and will arrive at her Greenbush home later than expected.

"It's frustrating. The seller says she can't do anything about it. It's a $200 watch," said Brayman-Mitchell.

A spokesperson for USPS said:

"The U.S. Postal Service, similar to the broader shipping sector, continues to face near-term pressure on service performance across categories as it manages through a historic record of holiday volume this season. While the Postal Service carefully plans for peak holiday season, this unprecedented surge in volume has led to some short term delays. This negative impact is compounded by the temporary employee shortage due to the COVID-19 surge, as well as ongoing capacity challenges with airlifts and trucking for moving this historic volume of mail. We thank our customers for their continued support. We also thank our 644,000 employees who are working tirelessly throughout these unique conditions to ensure the delivery of holiday gifts and greetings."

Adams, of the union, said the good news is his territory in Southern Maine should be able to get through the backlog in the next few days.

"It's a whole lot better today. It does look pretty good and you can actually tell this is one of those quiet weeks and I think we can catch up," said Adams.

He said there could be another surge of packages with people getting gift cards and returning items.

"This next month is still going to be very busy for us. Hopefully we can be timely on the deliveries, but the workers are out there working their tails off and it's been a long peak season," said Adams.

He advises people to be patient.

"Delivery drivers, warehouse employees, and support staff across the globe are tirelessly and safely working to meet the surge in demand this holiday season on top of volume increases created by the COVID-19 pandemic. Despite these unprecedented challenges, our networks are flexing as designed to provide the best possible service to our customers. As always, customers with questions about their shipments are encouraged to visit fedex.com or contact customer service for more information."

“UPS has been delivering one of the best peak seasons of the company’s history, providing industry-leading on-time delivery service to customers, while delivering vaccines at the same time. We expect a successful finish to the peak season.”

“It’s frustrating.” A local woman says she is still waiting for a package she ordered on December 15th. She isn’t alone. The USPS says “this unprecedented surge in volume has led to some short-term delays.” More at 6. pic.twitter.com/DGqcXMKMOT