SFC Stayskal and his attorney Natalie Khawam filed a medical malpractice claim with DOD. This is the first time active duty military are allowed to do this. 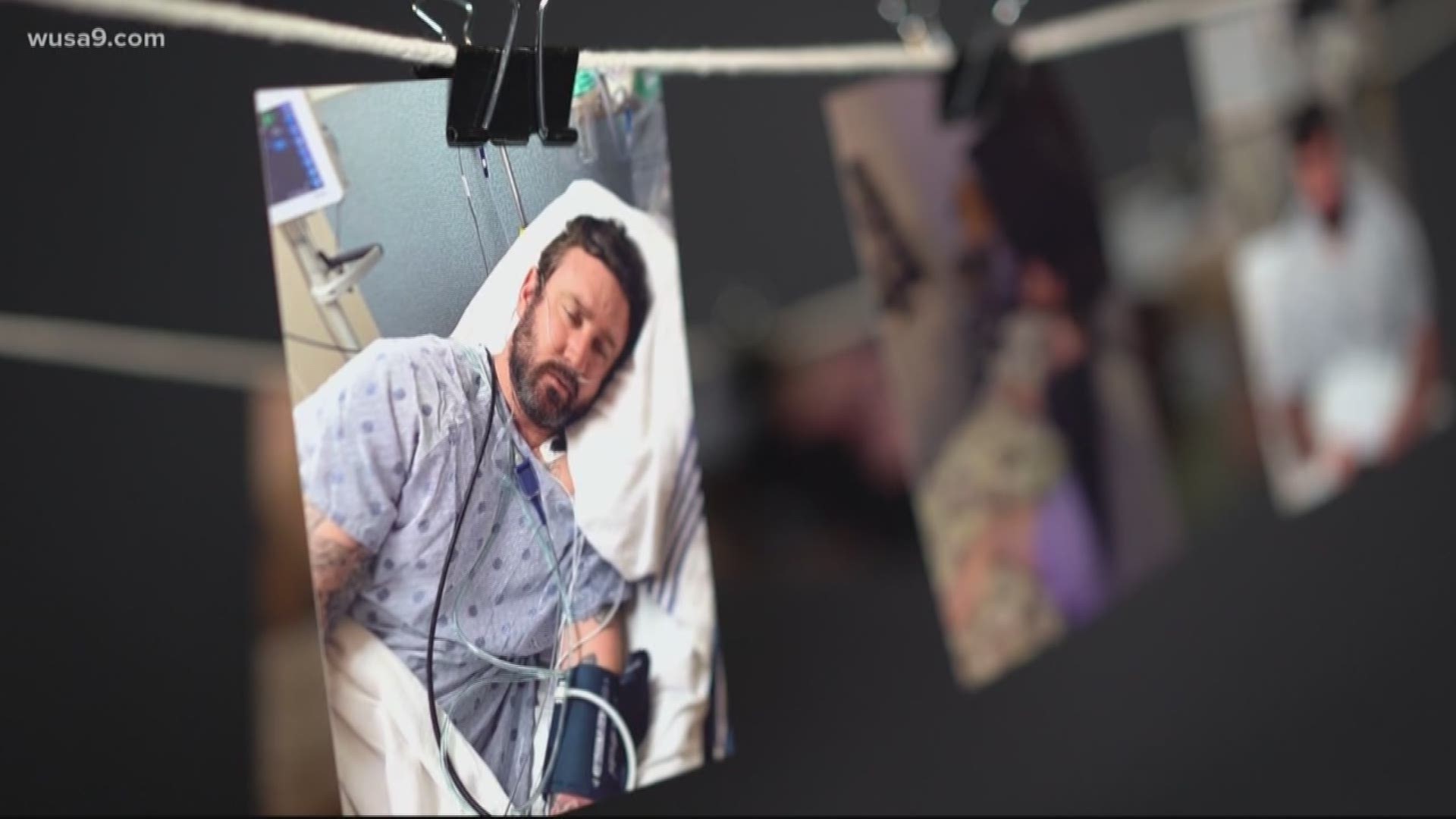 WASHINGTON — UPDATE: SFC Richard Stayskal and his attorney filed his medical malpractice claim with the Department of Defense at midnight on January 1. They have not released the exact dollar figure for the claim. This is the first time active-duty military are allowed to file claims like this. It was made possible by a stipulation in the NDAA, which WUSA9 has been reporting on.

“I’m honored to file SFC Richard Stayskal’s medical malpractice claim at midnight, on 01/01/2020," Stayskal’s attorney Natalie Khawam, exclaimed. "At midnight tonight not only will we be ringing in the new year but our Bill will be the law of this great land! We did it! Our Military will finally have a voice, they finally have rights they never had before in history! I will be the first to file Richard’s claim under the new SFC Richard Stayskal Military Medical Accountability Act!
God Bless America, and Happy New Year!”

The claim requests general damages including, “loss of quality of life, pain and suffering, mental anguish, depression and anxiety and loss of consortium,” and special damages, including “loss of income and loss of earning capacity.”

We don’t know yet exactly how the DOD process to evaluate and payout claims will work.

"The law requires DOD to issue regulations providing details on implementation and an interim report within 180 days from the date of enactment to the Armed Services Committees on development of those regulations," DOD Spokeswoman Lisa Lawrence told us. "No other details on adjudicating claims are available at this time."

This was a day 70 years in the making -- active duty military personnel can now be compensated for medical malpractice.

Currently, if something happens to you or me in a hospital, we can sue. People who serve, cannot sue a military hospital. But, after President Donald Trump signed the defense spending bill, or NDAA, they can now be compensated for injuries or death at the hands of military doctors.

WUSA9 followed Sgt. First Class Richard Stayskal as he lobbied for changes to what's known as the Feres Doctrine. All along, there were opponents. Most people thought this was never going to happen. Congress would never allow service-members to get this kind of compensation.

Stayskal said while the outcome feels surreal, he never gave up hope. Stayskal and his attorney, Natalie Khawam, said it's been a long journey to get to this day.

RELATED: He says Army doctors never told him about a mass on his lungs. Now this soldier is fighting for the right to sue

"I don't think you ever think you're going to find yourself in this situation," Stayskal said.

As WUSA9 reported, Stayskal said Army doctors never told him about this mass on his lungs. Months later, a civilian doctor diagnosed the Green Beret with lung cancer. It's terminal. And, he had no way to hold the military accountable.

SFC Richard Stayskal has served in the military for 17 years

"You realize all the doors that immediately were being slammed in your face," Stayskal described. "Every avenue was shut and closed and then everyone was coming out of the woodwork telling you to go away, and not come back and then they're trying to get rid of you some more. And you're just standing here feeling empty and alone wondering, 'How did I go from being so important to feeling like absolutely nothing, and left behind?'"

Being left behind didn't sit well with Stayskal and Khawam. Their strategy was to go door-to-door on Capitol Hill to change the law that prohibits active-duty service-members from suing the government for medical malpractice.

Lawmakers didn’t stay silent about it. And now, as part of the defense spending bill Trump just signed, the defense secretary can approve, settle and pay a claim to a service-member who was hurt or killed as a result of medical malpractice. Now, there's a $400M pot of money to pay those claims. We don't know yet what the process will look like.

"If all we did was inch the door open, it's a big inch in my book, and I'm hoping the rest will start pushing through," Stayskal explained. "You know, I'm not out to destroy the system. I'm out to better the system."

Stayskal can't picture just how helpful the compensation will be for his family, but he hopes the battle to get to this moment teaches his young daughters an important life lesson.

"I hope that they see just because you don't know something, doesn't mean you can't learn something," Stayskal said. "Just because somebody says something is impossible doesn't mean it is. If you want it bad enough, you'll do it."

Stayskal got some more good news. It appears the cancer center clinical trial he's in is working. His next scan to see how well it's fighting his cancer is scheduled for Jan. 3.

Photos of the Stayskal family