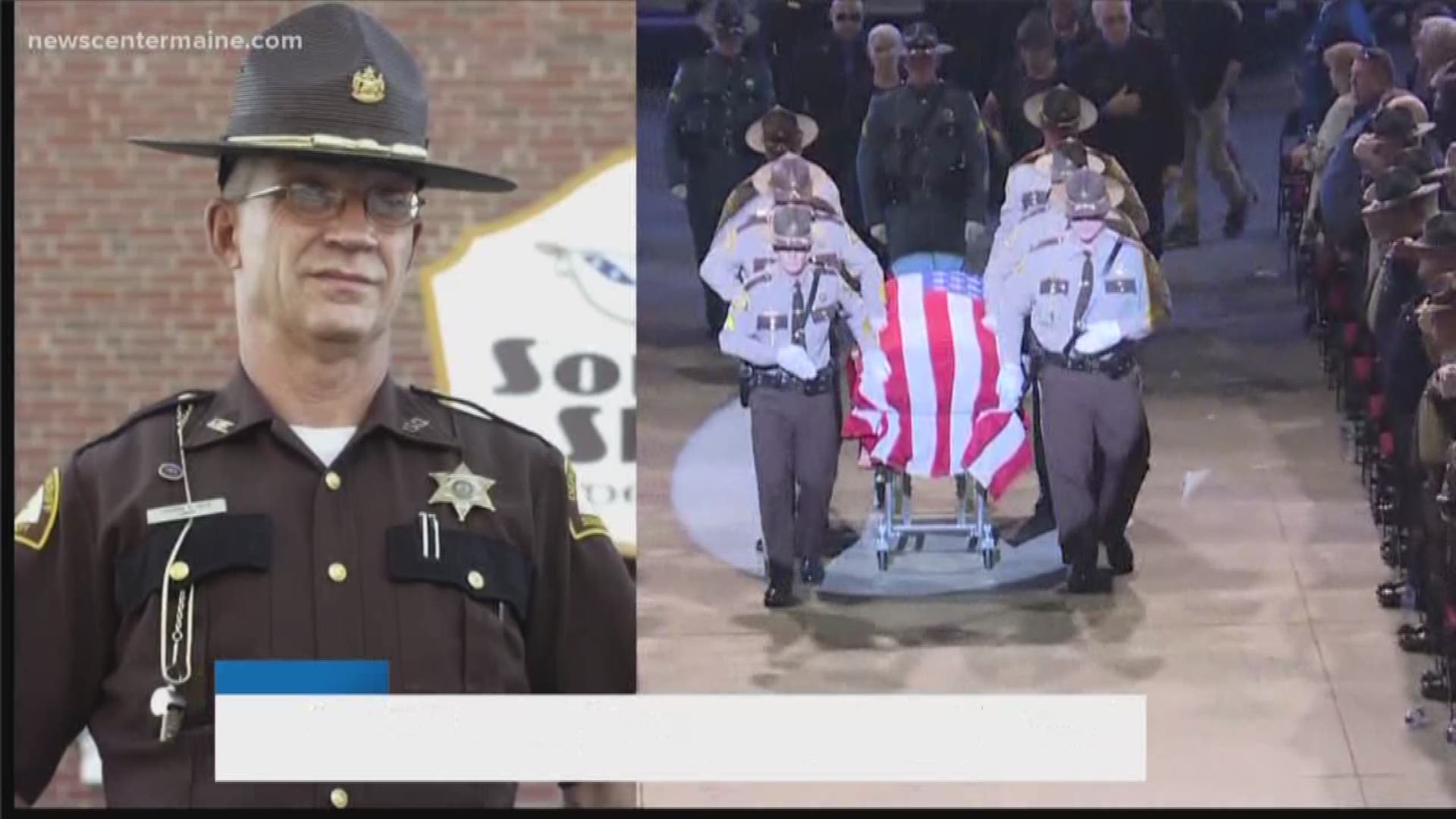 Law enforcement agencies from far and wide, as well as hundreds of members of the public, paid their final respects and said their last goodbyes to Corporal Eugene Cole as the funeral procession from Skowhegan led to a celebration of life service in Bangor.

The New York Police Department's motorcycle unit led the procession, which began at the Smart & Edwards Funeral Home in Skowhegan, and ended and the Cross Insurance Center in Bangor for a celebration of life service. Chaplain Kevin Brooks from the Somerset County Sheriff's Office oversaw the service.

Bagpipers from Maine and New Hampshire police departments march toward the funeral pic.twitter.com/lxwdiv0Mfj

Inside the Cross Insurance Arena, 3,600 people filled the seats for the service that began at noon as Cpl. Cole's body was carried and placed in front of his cruiser. Cpl. Cole's son, David Cole, offered an emotional goodbye to his father.

"I told my mom my dad died. I watched the strongest woman I know break ... grief turned into reality ... Rest easy dad. We got the watch from here," he said.

Corporal Cole’s cruiser is parked in the front for the funeral. Thousands of officers will have a procession inside and fill these seats pic.twitter.com/8H7HgVD92X

The body of Cpl. Cole is brought into the Cross Insurance Center.#RememberingCole pic.twitter.com/UvfI9k6AvS

David Cole: “I told my mom my dad died. I watched the strongest woman I know break...grief turned into reality...Rest easy dad. We got the watch from here.”#RememberingCole

After the services, thousands of officers and Mainers gathered outside for a graveside ceremony, where a flag was presented to Cpl. Cole's family. A final flyover also honored the fallen deputy.

Officers prepare for a ‘graveside ceremony’ outside. A flag will be presented to the family. We’re also told there will be a flyover to honor the fallen hero. #RememberingCole #NEWSCENTERmaine pic.twitter.com/Jr1reNMJly