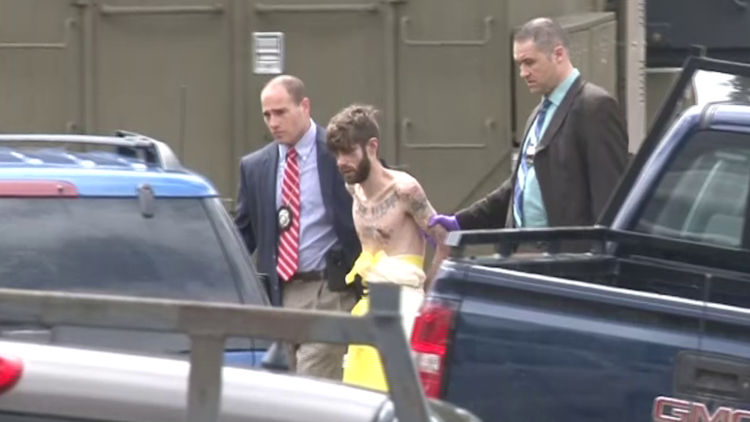 Suspect accused of killing sheriff's deputy to appear in court

Twenty-nine-year-old John Williams was captured by police on Saturday after a massive four-day manhunt.

Williams, who is now being held at the Maine State Prison in Warren, is scheduled to appear before a judge in Augusta around 1:30 p.m.

His appearance comes as communities in Somerset County work to get back to a sense of normalcy after hundreds of law enforcement personnel descended on their towns to search for Williams.

►MANHUNT OVER: 'SOMERSET COUNTY CAN SLEEP WELL' AS JOHN WILLIAMS IS CAPTURED IN NORRIDGEWOCK

NEWS CENTER Maine captured the moment police caught Williams Saturday afternoon near a cabin deep in the woods behind a home along Rt. 139 in Norridgewock. 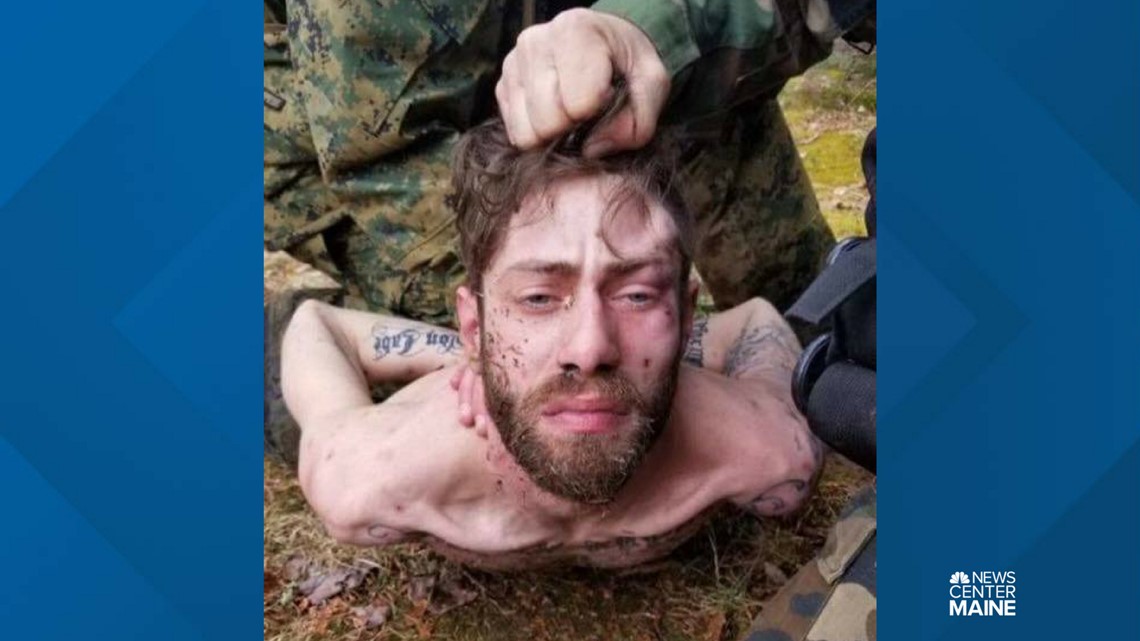 01 / 18
A photo taken by an arresting officer at the time police captured and arrested John Williams on Saturday, April 28, 2018.
02 / 18
A nationwide manhunt began Wednesday morning for a suspected police officer killer John Daniel Williams.
03 / 18
Corporal Eugene Cole was shot and killed in Norridgewock on Wednesday morning between the hours of 1 and 2 a.m.
04 / 18
Around 1:45 a.m. police say John Williams stole Cole's fully-marked cruiser, drove to a Cumberland Farms on Waterville Road in Norridgewock, and committed a theft.
05 / 18
Kimberly Sirois found Corporal Eugene Cole's body around 7:15 a.m. Wednesday, April 25 on her property on Martin Stream Road in Norridgewock. Williams lived with Sirois for several years.
06 / 18
The Federal Bureau of Investigations released pictures of John Williams' tattoos on Thursday.
07 / 18
Eugene Cole began working for the sheriff's office in 2004. His son David encouraged his father to go into law enforcement and the two attended the police academy together. (Ctsy Portland Press Herald)
08 / 18
Williams, 29, has a drug problem according to those close to him and we know he had run-ins with police in the past.
09 / 18
John Williams in 2009 taken from Facebook
10 / 18
John Williams girlfriend, Kristina Pomerleau, was arrested on Saturday, April 21, in Norridgewock for drug charges and operating with a suspended license. Officer Eugene Cole was one of the officers involved in her arrest.
11 / 18
Cole was the oldest of five siblings, four brothers, and a sister. Two of his brothers also died in April of this year. Eugene Cole and his older brother played in a band when they were younger called the Borderline Express.
12 / 18
Eugene Cole and his older brother played in a band when they were younger called the Borderline Express.
13 / 18
David Cole with his father, Cpl. Eugene Cole
14 / 18
Eugene Cole served in the U.S. Army
15 / 18
The FBI is also helping in the search for John Williams.
16 / 18
Officers from Maine, New Hampshire and Massachusetts are aiding in the search
17 / 18
A multi-agency search began early Wednesday in Norridgewock for John Williams who is suspected of shooting and killing Cpl. Eugene Cole.
18 / 18
Close to 200 police officers have been helping in the manhunt for John Williams.

Members of the community still want answers as they mourn the loss of someone they are calling a hero.

►'THE HARDEST PART IS YET TO COME:' DEPUTIES, COMMUNITY SHIFT FOCUS TO HONOR CPL. COLE

Cole’s family and law enforcement personnel released a message on Facebook asking people to stop sharing photos of Williams and instead honor the fallen deputy.

"We're past the operational phase, and the subject has been located and we can move to the healing and learning to live without Gene,” Cpl. Ritchie Putnam with the Somerset County Sheriff’s Office said.