The Town of Norridgewock hosted a food and personal items drive to donate to schools in town. Cpl. Cole’s wife, Sheryl, and daughter, Jill, helped deliver the items. 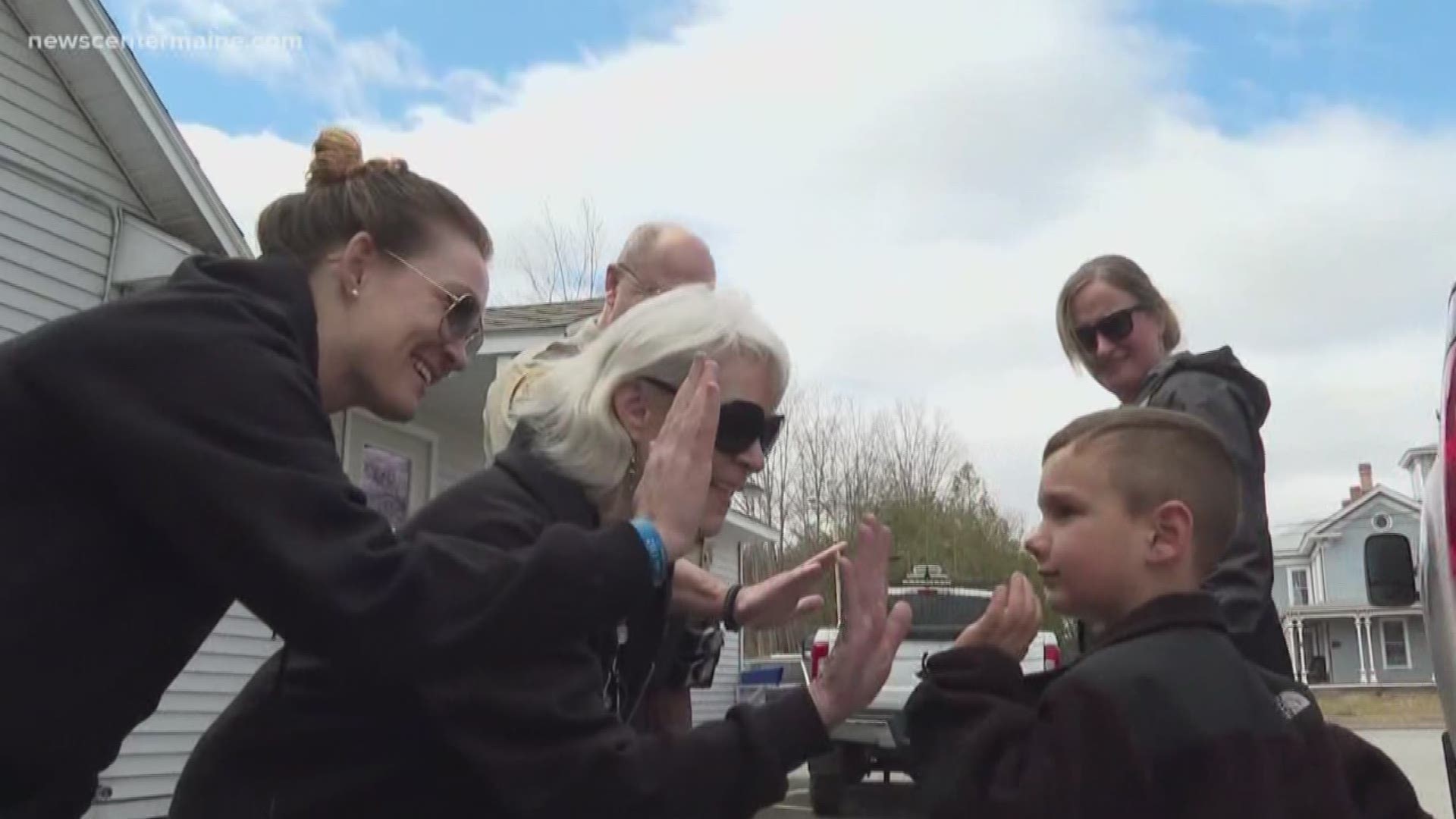 NORRIDGEWOCK, Maine — Corporal Eugene Cole’s family spent the one-year anniversary of his death giving back to the community.

The Town of Norridgewock hosted a food and personal items drive to donate to schools in town. Cpl. Cole’s wife, Sheryl, and daughter, Jill, helped deliver the items.

“It’s so easy to make it such a dark day,” said Town manager Richard LaBelle. “If Gene were here – well, I’m sure he’s looking down and I’m sure he’d be proud of what they’ve done and how they’ve carried themselves through the community.’

Children from the Quimby Center stopped by with a truck full of donations to add to what the town has been gathering for a little over two weeks.

”He was – the sheriff often refers to him as, ‘Norridgewock’s deputy,’ and I think people respected that, and they do more so, I think, today," said LaBelle.

“It took a very dark moment to bring out the brightest that Norridgewock has,” said LaBelle. “It’s those small touches that reassure people in the community that we still care, reassure the family that we’re still here.”

Sheriff Dale Lancaster was also there to help with donations.

People in town have spent the past year finding ways to honor the Somerset County Sheriff’s deputy’s service.

EMTs in Skowhegan dedicated and decorated a new ambulance in his honor.The bridge connecting Norridgewock and Madison was named after him in October of 2018. People organized a half-marathon in his name. On Monday, sheriff deputies announced a new bench installed in Oosoola Park with Cole’s name and face inscribed on it.

”Anything that we can do to honor him, we’re going to do. Even if it’s a year later, it doesn’t matter. He needs to be remembered, for everything that he did," said Cassie Allen, a former neighbor of Cole's who came to the park to see the bench.

“It’s those small acts of kindness, those small gestures throughout the year that have brought us to where we are today,” said LaBelle.