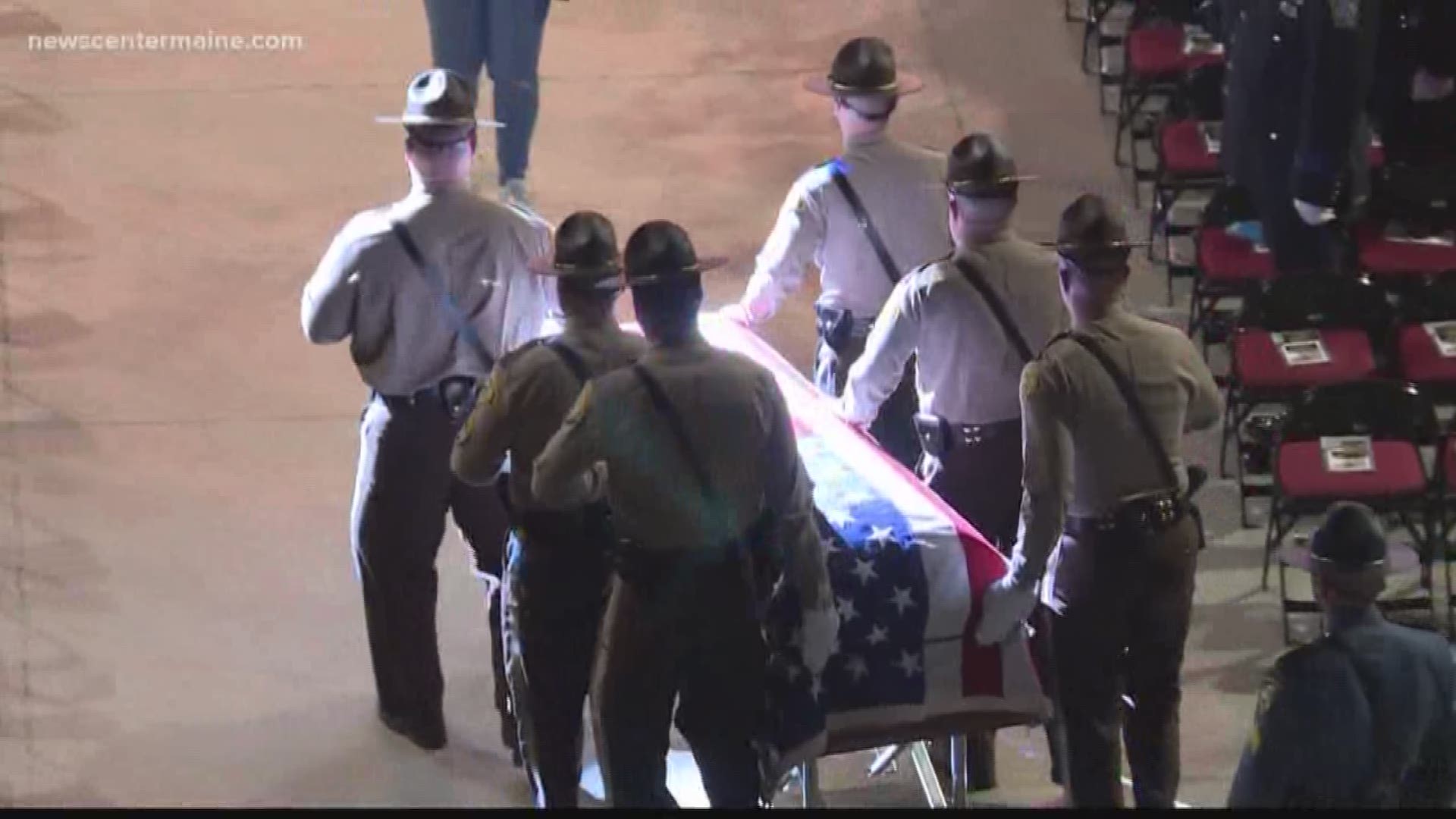 *Update: 21-thousand dollars has been raised to help the family of Corporal Eugene Cole.

They were billed almost 20-thousand-dollars for the sound and video presentation at his funeral.

BANGOR (NEWS CENTER Maine) – The funeral costs for Cpl. Eugene Cole were covered for his family, but there were some additional costs regarding sound and video presentation at his service that were not covered. Those services cost roughly $15,000.

Cpl. Cole was shot to death in Norridgewock on April 25 while he was working an early-morning shift for the Somerset County Sheriff's Office.

“You see this kind of tragedy on TV that happens in other states," Ellis said, "but Maine’s just such a small place that we all feel really safe in, and this is something that, regardless of if it’s Bangor or Norridgewock, it’s home.”

According to the Cross Insurance Center, audio/video services were provided by Mark’s Music in Brewer. When contacted, Mark Braveman says this was in no way a malicious act. He explained there was very little notice for him get the center ready and that Waterfront Concerts had a show the night prior.

Bravemen says he and his employees spent all night getting the center ready for the services and that he even donated more than $500 to the family towards the cost. The crew also provided extra camera services including screens and the ability to stream the video to another room.

He says the funeral committee was given a significant discount. Services that are typically more than $40-thousand were provided for around $15-thousand.

The GoFundMe page has raised more than $15,000 since Ellis created the page on Friday afternoon. She said she will leave it up until they reach their goal of $20,000. “And anything that’s raised in addition to that would go directly to the Cole family," Ellis said. "I know they have some plans to do scholarship funds or some other community programs in memory of Cpl. Cole.”

To donate to the GoFundMe page dedicated to the audio/video expenses at Cpl. Cole's funeral, CLICK HERE.