The photo shows Williams shirtless, with an officer clutching his hair to show his face. 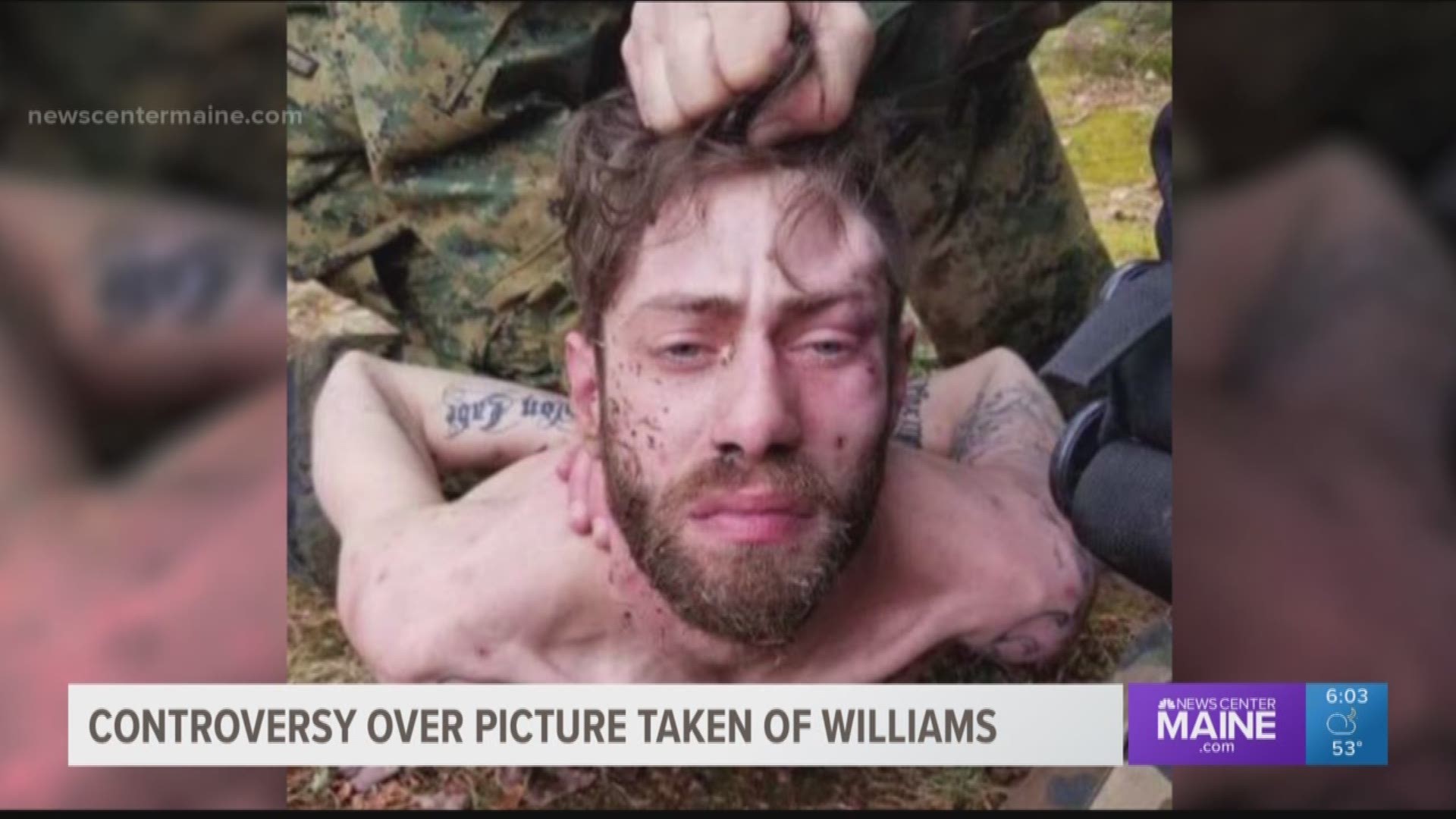 It took four days and more than 200 law enforcement officers to find John Williams, and when he was arrested, officers took a photo of Williams that quickly sparked controversy.

Maine State Police defended the picture in a press conference saying Williams was not cooperating while the arrest team was trying to take the photo to send to the incident commander to positively ID Williams.

The photo shows Williams shirtless, with an officer clutching his hair to show his face.

At approximately 12:43 p.m. on Saturday, April 28, members of Maine State Police, Maine Warden Service, Fairfield, Maine Police, and the FBI located John Williams and took him into custody. At the time of his arrest the team needed to confirm his identity with Unified Command. Williams would not present his face for the photo, and the arrest team needed to facilitate the picture. #MANHUNT #UPDATE

The picture was posted on Maine State Police Headquarters Instagram page five hours after the arrest and has since made the rounds on social media.

We've received hundreds of comments about the picture on NEWS CENTER Maine's Facebook page. And people are divided.

Some say this was unnecessary treatment, that Williams was in custody. Other people disagree saying police needed the photo for identification and that having his hair pulled is nothing compared to what the officer and his family have been through.

We talked to Jerry Conley Monday, a defense attorney in Portland, about the picture and whether he thought there could be any legal ramifications down the road.