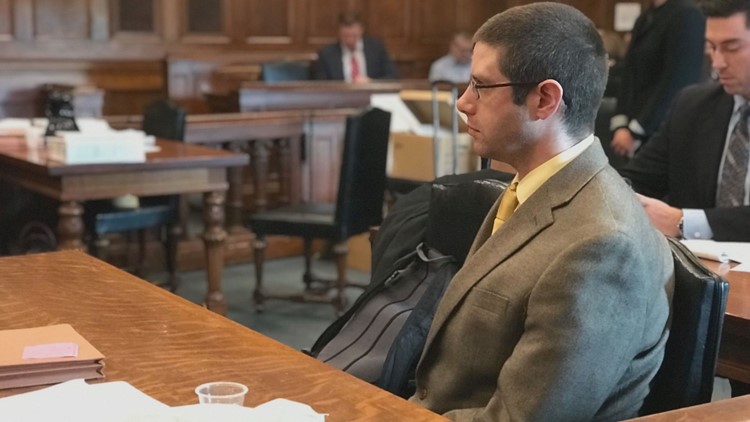 John Williams fate now rests in hands of a jury

PORTLAND, Maine — The fate of the man accused of shooting and killing Somerset County Sheriff's Deputy Eugene Cole is now in the hands of a jury.

Closing arguments wrapped up Tuesday morning at the Cumberland County Courthouse after the defense decided not to put a final witness on the stand.

The trial was delayed Monday as the defense considered whether or not to call that witness to testify against a reenactment of the shooting.

"Over the past week, the State has demonstrated without all doubt that John Williams is guilty of murder," Asst. Attorney General Lisa Marchese told jurors.

Both sides agree that Williams fired the fatal shot. The question is whether or not he intended to.

The defense argued that Williams' drug use and sleep deprivation impaired his ability to think rationally.

"The point isn’t whether [Williams] was acting rationally, it’s whether he was acting intentionally," Marchese said.

Cole's family was visibly shaken as Marchese showed jurors a photo of Cole's body to detail once more how he was gunned down.

She read from Williams' confession that said, "I pulled my pistol and got the jump on him and shot him. I shot him in the head when he was on the ground."

The state did not shy away from acknowledging the photograph taken by police that showed a bloody and bruised Williams after his arrest.

Marchese said she did not "condone physical force" but said "tensions were high" emphasizing that "everyone came out alive."

Williams' defense attorney, Verne Paradie, called the killing of Cpl. Cole "tragic" as he started his closing arguments, claiming the state's burden was not to prove that he knowingly pulled the trigger but that he intended to cause the death.

RELATED: 'He smoked crack like he breathed air.' Psychologists testify to Williams' state of mind

Paradie  continued to argue that Williams' state at the exact time of the killing was dramatically impacted by his drug addiction.

Paradie repeated what Williams reportedly said about the night of the killing reading,"I was like watching myself in the third person. Then after I heard a shot I snapped back to reality like a rubber band."

The defense also took a hard line against a the reenactment presented by the state's witness, Larry Morrill, a Maine State Police investigator.

Paradie attempted to poke holes in exactly how the state said Cpl. Cole was shot and the subsequent blood spatter.

He argued Cpl. Cole was not shot at close range like the state argues.

“That testimony was based on probabilities, possibilities, presumptions,” Paradie said.

Prosecutors decided to have the final word and rebut Paradie's claims.

Her voice trembled as she recounted Williams' confession admitting that there "wouldn't be a happy ending."

"Even he knows that he is guilty, and I ask you for the last time to find him guilty of the murder of Cpl. Cole," Marchese said pointing at the defendant.

If convicted, Williams could face anywhere from 25 years to life in prison without parole.