Closing arguments were expected to begin Monday morning in Cumberland County in the trial of the man accused of killing Somerset County Sheriff's Deputy Eugene Cole. 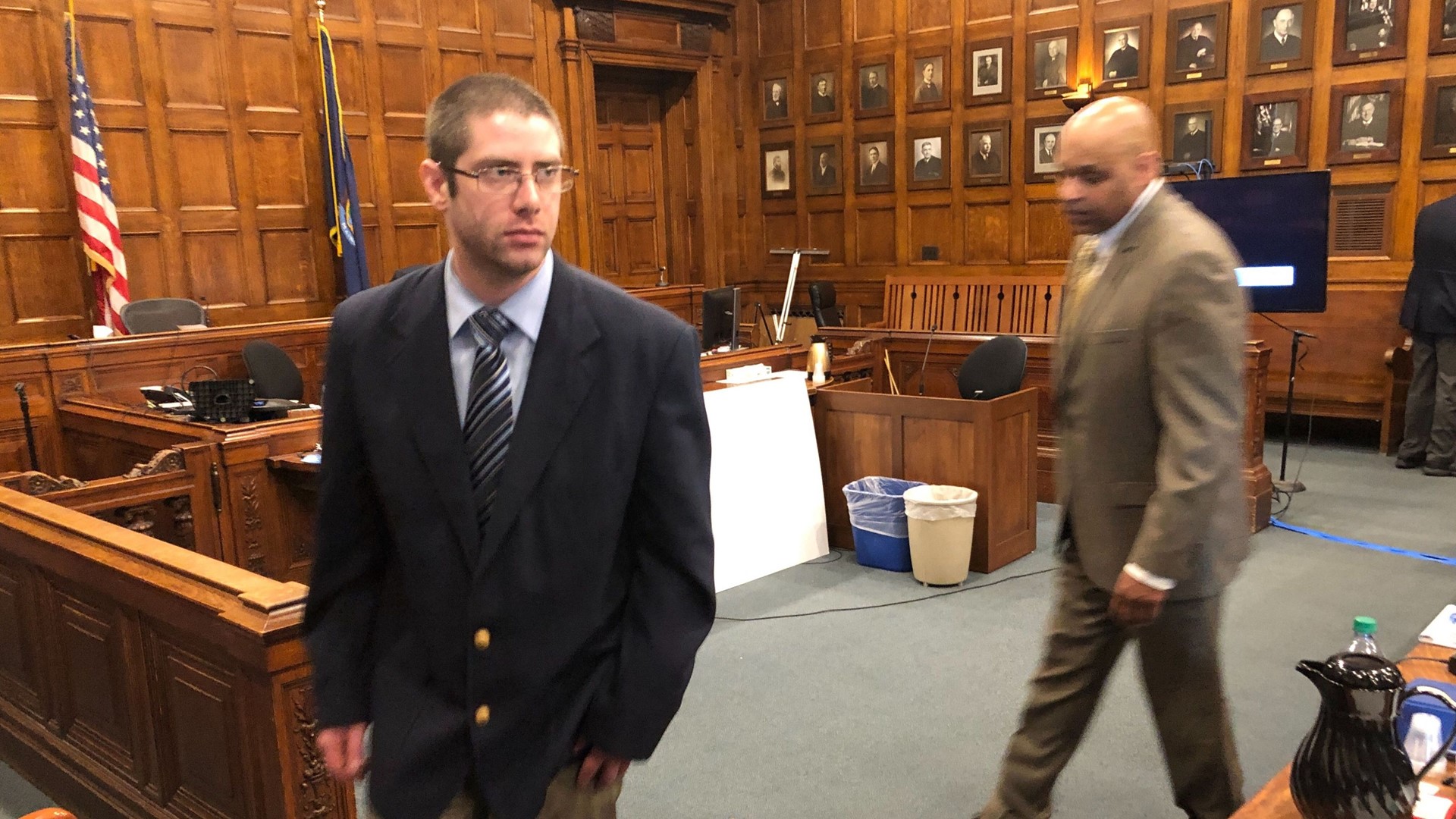 A court official confirmed that the trial will resume Tuesday, but could not say why.

Several jurors had to be turned away when they arrived at the Cumberland County Courthouse Monday morning.

The defense never rested the trial Friday, so it is possible attorneys are preparing for another witness to take the stand.

Williams' defense attorney Verne Paradie told NEWS CENTER Maine that proceedings were postponed because he is considering calling another witness to the stand.

Paradie said that witness would speak to a reenactment of the shooting that jurors saw last week. That witness was reportedly only available Tuesday.

RELATED: 'He smoked crack like he breathed air.' Psychologists testify to Williams' state of mind

Williams, 31, is accused of murdering Cole in his hometown of Norridgewock in April on 2018 before leading police on a massive four-day manhunt.

According to police, Williams confessed to the crime.

The defense is not arguing whether Williams killed Cole, but only that he did not intend to and should be charged with manslaughter instead of murder.

They claim Williams was struggling with addiction and was unaware of his actions.

Williams suddenly chose not to testify in the trial last week after his attorney said he would.

The defense only had two experts take the stand Friday.

Dr. Brain Cutler, an addiction specialist, testified that Williams' condition could have affected his decision making process when he confessed to detectives that he shot and killed Corporal Cole after a four day manhunt.

"I found his reasoning to be rational, reasoned. A rational decision has to make sense to that person at that time."

Throughout the trial jurors listened to a portion of Williams confession to police, saw photos of Cole's dead body and heard from several witnesses who were on the scene.

The trial was originally scheduled to last two weeks, but will likely conclude after just over a week.

If convicted, Williams could face 25 years to live in prison.