John Williams, 30, is on trial for the shooting death of Somerset County Sheriff's Deputy Cpl. Eugene Cole who was killed on August 25, 2018. 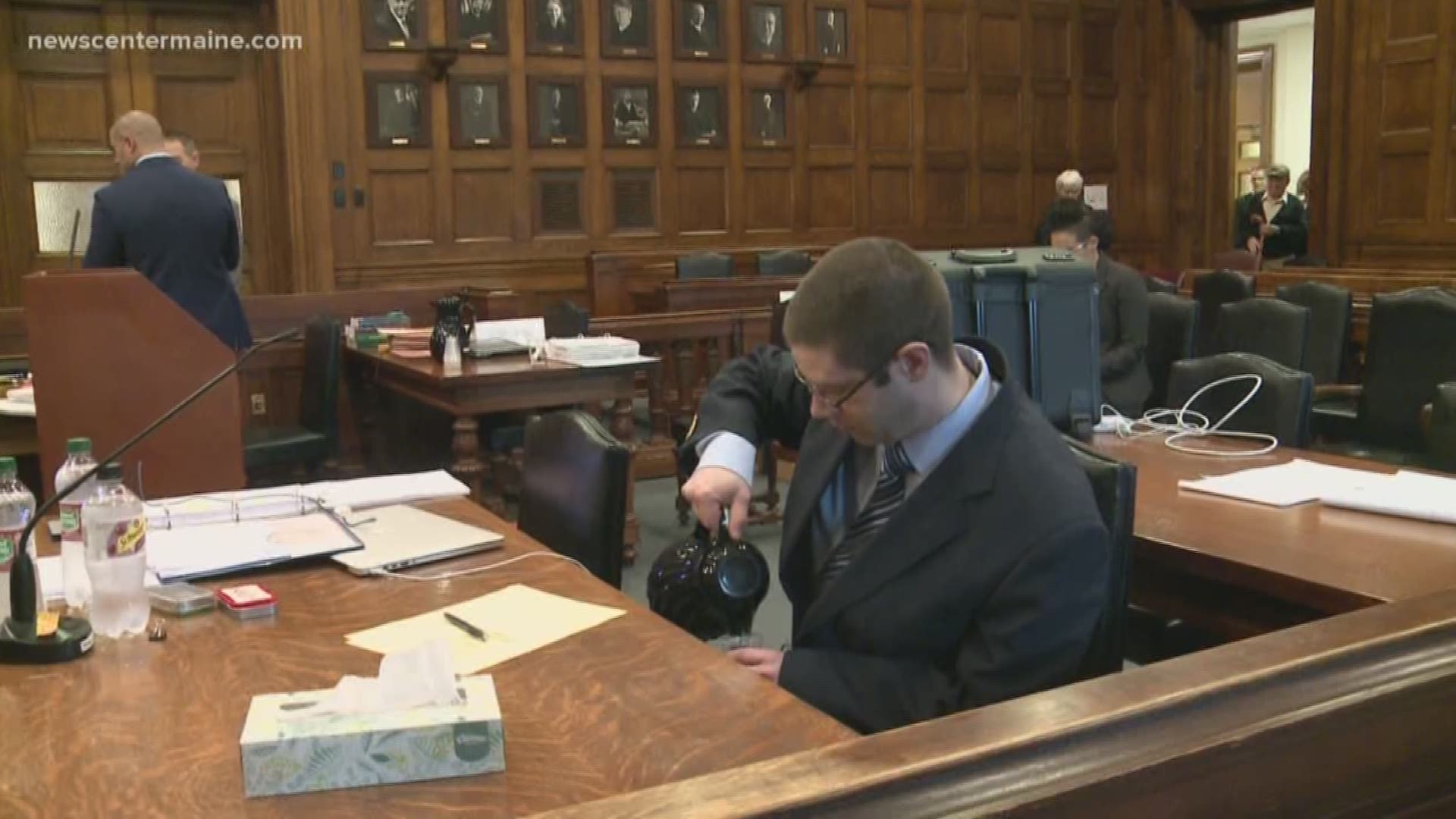 PORTLAND, Maine — The second day of the trial for accused murderer John Williams got underway in Cumberland County Superior Court Tuesday with a friend of Williams testifying that he called him on the day of Cpl. Cole's death and detailing what had happened.

Chris Williams, no relation to John Williams, told the jury that John called him saying he had shot Eugene Cole. "He told me Gene snuck up behind him and that he shot Gene and was scared police were going to kill him."

Chris Williams testified that John Williams was angry that his girlfriend had been arrested, and he wanted to get enough money to get her out of jail. He was selling and using drugs, mostly crack cocaine according to Chris Williams, in the days leading up to Cpl. Cole's death.

On the evening of Cpl. Cole's death,  August 25, 2018, Chris Williams said he gave John Williams a ride and his cellphone but refused to give him his car. "I tried to talk some sense in him, told him to turn himself in to get it over with," Chris Williams testified.

John Williams told Chris he was going into the woods and he wanted to make a confession, help Kristina (his girlfriend), and kill himself, according to Chris Williams's courtroom testimony. 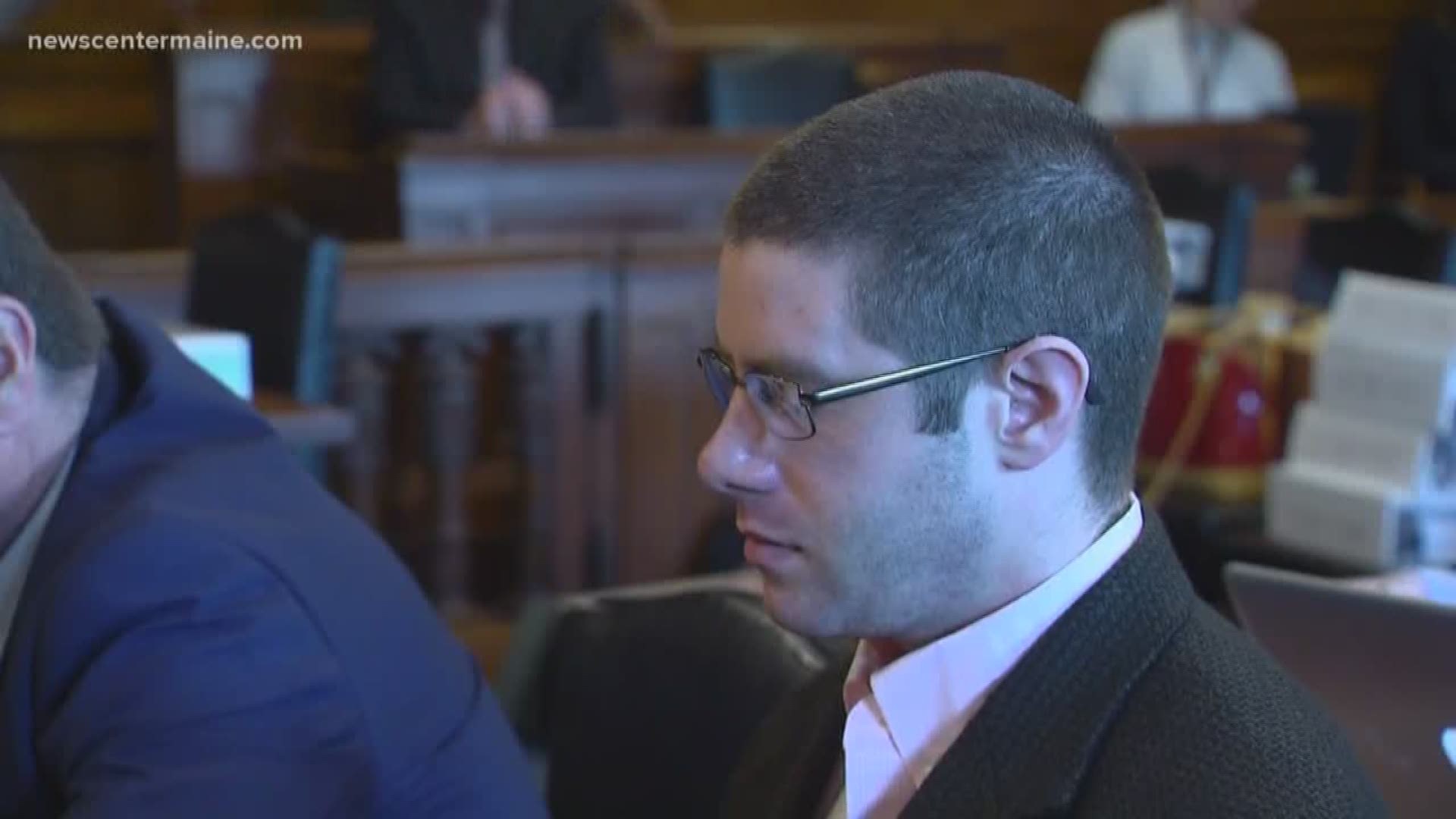 Maine State Police Detective Paul White testified about some of the evidence that he collected from the front yard in Norridgewock where Corporal Cole was found. Photographs of Corporal Cole's body, lying on the ground in full uniform were shown to the jury, as Detective White, who is also an evidence technician, described having to remove Corporal Cole's duty belt from his body.

Somerset County Deputy Isaac Wacome, who was Cpl. Cole's supervisor, took the stand next on Tuesday, June 11. Wacome was on duty with Corporal Cole and spoke with him on the phone just before he was killed. Wacome testified about how he and Cole had plans to arrest John Williams on drug charges if they saw him on the night of the April 25th. Wacome says he was called to the Cumberland Farms in Norridgewock for a robbery. "When I talked to the clerk she described how Eugene Cole’s truck pulled up and someone else got out.”

A life long friend of John Williams, Tom Scott's testified that John was trying to get his girlfriend out of jail. Scott told the court Williams called him and said, "I messed up. I'm sorry. If the police come to talk to you tell them the drugs found with Kristina were mine."

Christopher Tremblay of the Maine State Police testified Tuesday that he was searching for Cpl. Cole when Cole's phone was pinged in the area of Martin Stream Rd. “We stopped at 508 Martin Stream Rd. and noticed a white pickup truck with sheriff's department markings."

Tremblay said he was told “a person had gone into Cumberland Farms, stole cigarettes and left driving a sheriff’s deputy truck”

(Cameras are not allowed in the courtroom. Shannon Moss is covering the story and will report on the courts' proceedings each night or you can follow her on Twitter.)