Friday police are set to continue testimony, and play a three-hour video taken inside the interrogation room. 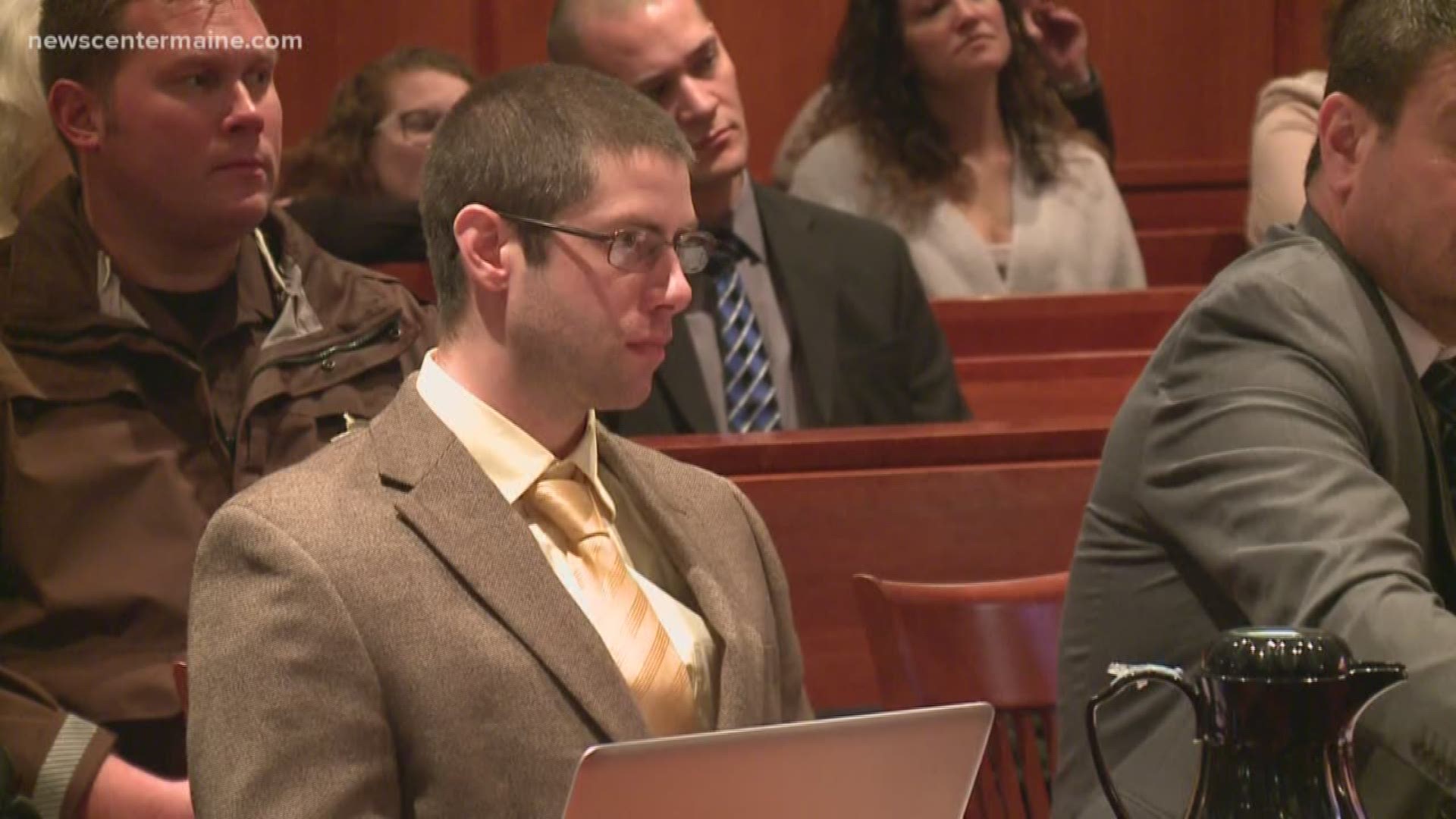 Williams' attorney, Verne Paradie, is working to have his confession thrown out ahead of his trial set for June.

Testimony from officers who arrested Williams after a massive four-day manhunt last April continued in the Portland courtroom Friday morning.

State police trooper Robert Burke said Friday morning when he cuffed John Williams with Deputy Eugene Cole’s handcuffs he whispered to Williams, "These will follow you to jail."

Burke was first on the stand Friday. He testified Williams was already handcuffed, face down on the ground when he placed Corporal Eugene Cole’s handcuffs on him.

He testified Williams was naked because he soiled himself, police removed his long johns the only clothes he was wearing. He says Williams was escorted down an ATV trail naked. He was able to get a blanket to cover him before he was taken to a police vehicle. Burke testified none of the arresting officers taunted or threatened Williams.

Fairfield Police Officer Jordan Brooks testified after Williams was arrested and being escorted out of the woods naked that he told him, "he was a ‘piece of sh—," and hoped he would spend the rest of his life in prison.  Officer Brooks says the statement came from frustration.

Brooks said he told Williams he would "spend the rest of his life in prison" a statement he made in anger.

The judge is also expected to see a three-hour video of Williams' confession to police made in the hours after his capture.

The defense still insists Williams was 'beaten and coerced' and told police what he thought they wanted to hear out of fear.

A doctor specializing in addiction medicine and social psychologist who studies coerced confessions both testified at Thursday's hearing.

Much of Dr. Steinberg's testimony focused on whether Williams was withdrawing or not and if any possible withdrawal symptoms would have affected his willingness to give a confession.

Steinberg said Williams would not have been able to make rational decisions under the conditions and stress of withdrawing and being on the run from police in the woods.

“I think he would have done anything to get to sleep,” Steinberg said. "[Williams] clearly had substance abuse and a dependency disorder."

Steinberg believed officers should have waited for Williams to sufficiently sleep, eat, and possibly finish withdrawing before questioning him.

The state also cross-examined a social psychologist, who said people who are under stress of isolation, hunger, fatigue, and pain can lose the ability to self-regulate and make decisions.

That psychologist, Dr. Brian Cutler, said he believes Williams understood the Miranda warning and explained back to officers what those were.

Lang, the State Trooper who took the controversial of Williams' capture that leaked on social media, admitted he struck Williams.

"I struck him two or three times in the left side of his head to get him to comply," Lang testified.

He said Williams refused to give him his right hand when he attempted to handcuff him.

RELATED: Attorney: Accused deputy killer was 'beat and pummeled' to point of defecation

The other officers who testified said they never saw anyone else hit or kick the suspect.

Williams attorney insists officers kicked him during the capture and that he never resisted arrest.

"John maintains he was kicked at some point. It was not just fists," Paradie said. "No trooper or other officer has admitted that, nor do I expect they will. It is not consistent with what Mr. Williams told us about the extent of what went on that day."