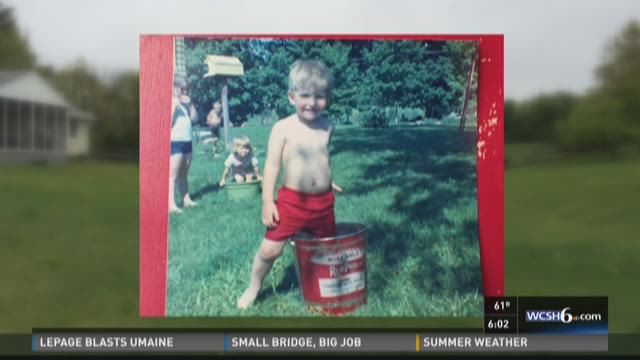 ALFRED, Maine (NEWS CENTER) -- Gore Road in Alfred is such a peaceful place for something so terrifying to have happened here.

On June 2, 1971 three-year-old Douglas Chapman was playing in the sand pile just 25 yards in front of his house.

His dad was at work, His mom was inside on the telephone.

When she came out to check on him he was gone -- in the 45-years since there has been not a single trace of him.

Doug dad Gary says it's a tough thing to live with. " It's always there and never goes away. There is no closure."

The search for Douglas in 1971 was massive. The whole community came out.

They brought in search planes, helicopters and bloodhounds to comb the woods around his home.

Only the dogs found anything.

The dogs traced Dougie's scent through the woods and up to Gore Road. Where it abruptly stopped. Doug's father, who has a background in law-enforcement, believes at this point his son was put into a car, taken, and eventually killed. Gary Chapman says this community and law-enforcement did everything within their power at that time to find his son. But that if they had the technology that exists today his son might still be alive.

Lt. Brian McDonough, with the Maine State Police, knows time is of the essence in these cases. Now, Amber Alerts and the internet make getting the word out almost instantaneous.

McDonough reopened the investigation into Douglas' disappearance in 1993 at Douglas' father's request.

With the help of lie detector tests McDonough eliminated family members a suspects.

But with nobody, and no leads, the case is cold.

Gary Chapman is still hoping that even after all these years, someone will come forward with some piece of information that can bring him some peace.