In light of ICE raids, protesters in Portland spread message of hope

Demonstrators lined the sidewalks in front of the Portland Expo with signs, songs, and stories to share in support of asylum seekers. 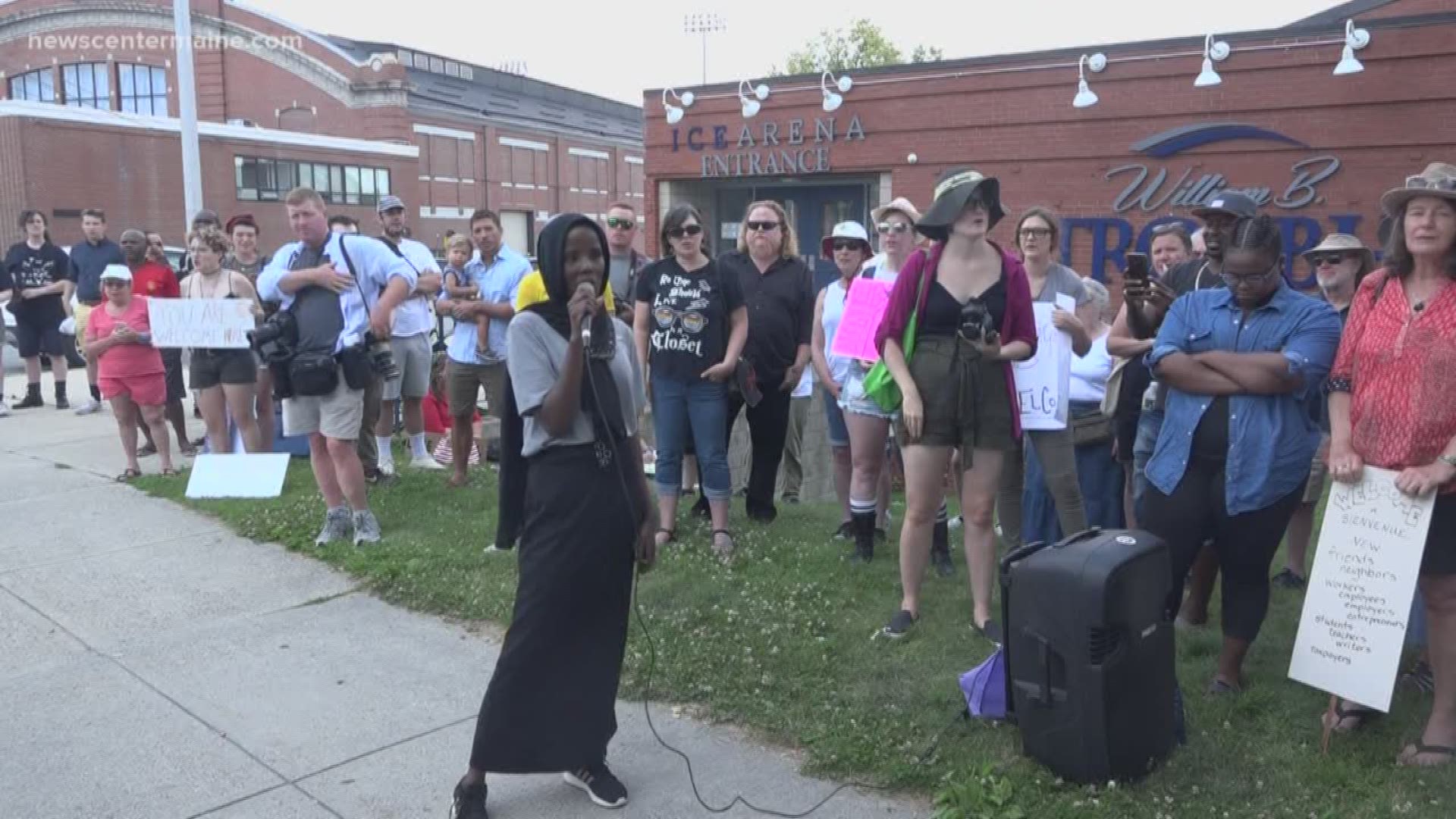 PORTLAND, Maine — Supporters of over 300 asylum seekers who recently arrived in Maine, gathered in front of the Portland Expo this morning for a rally called "Asylum Seekers, Refugees and Immigrants are welcome here."

Dozens of demonstrators made signs, sang songs, and shared their stories about how Maine can offer these people seeking asylum, a chance at a successful life.

Credit: NCM
In response to a planned protest against asylum seekers, dozens of demonstrators gathered in front of the Portland Expo to sing songs, share stories, and show their support.

Hamdia Ahmed, one of the rally supporters, believes the only way to make those stories heard, is by using your voice.

"We have such great people in Portland Maine and all over the state who are willing to support our brothers and sisters," Ahmed said, "what we wanted to do was come out here and show our support and love to our asylum seekers."

Sunday morning's rally originally began as a counter protest to a group against Portland's asylum seekers.

As ICE agents begin raids across the country to seize illegal immigrants, demonstrations like today's are popping up everywhere.

The Portland supporters who came out this morning say the rally was a no-brainer, and a chance to spread the same welcome message they received after moving to the city.