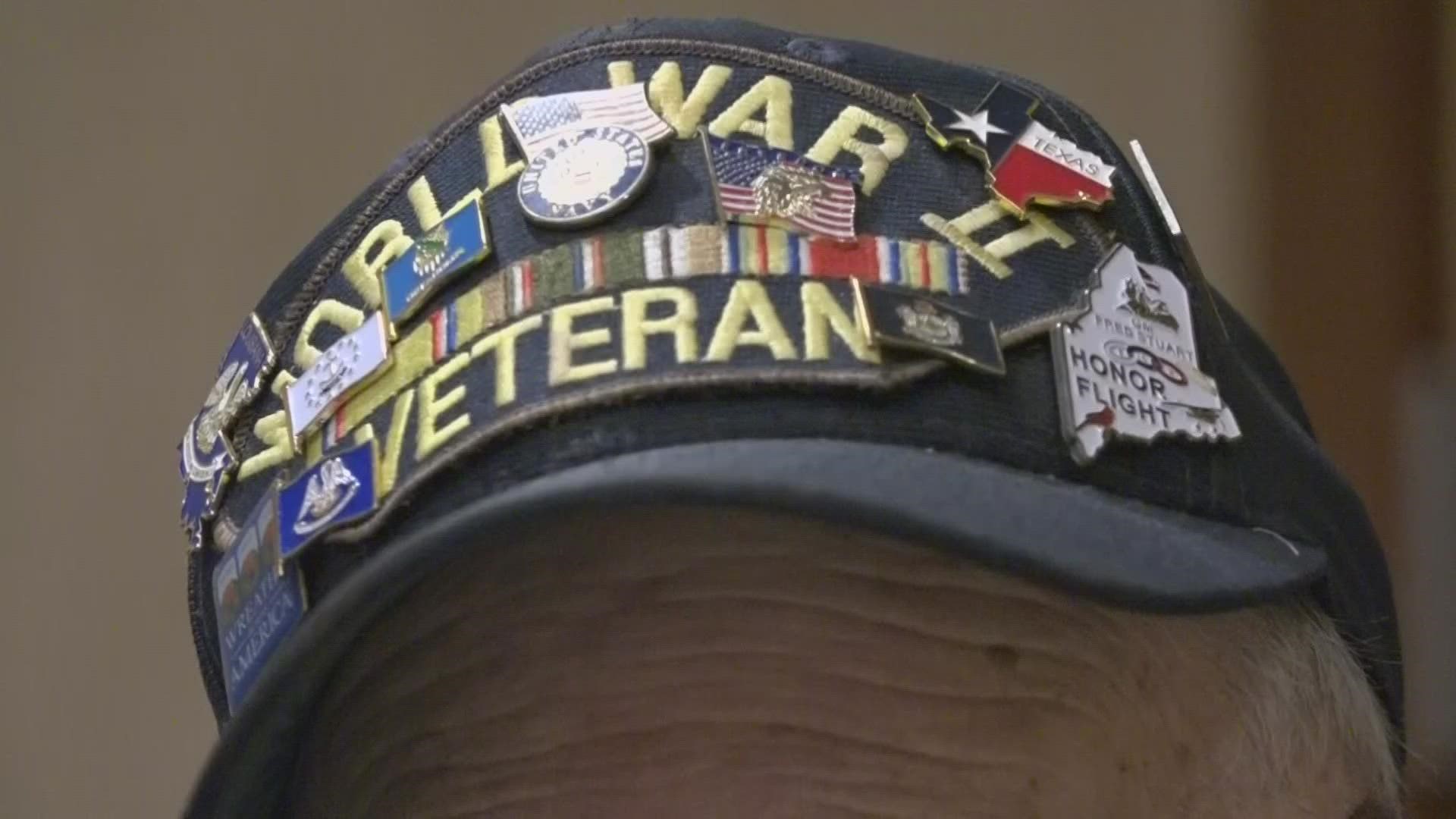 BANGOR, Maine — If you want to know how it feels to live more than a century, World War II U.S. Navy veteran Roy Ward will tell you, "I feel like an old man."

Thursday isn't just Veterans Day for Roy, it's also his 102nd birthday. He served in World War II in the U.S. Navy from 1941-1947 as a Machinist Mate First Class on three ships: the U.S.S. Mizpah, U.S.S. Shenandoah, and U.S.S. Yosemite. Roy said he worked convoy duty for oil tankers for three of those years.

A Facebook post was made requesting people send Roy birthday cards to the Bangor Veteran's Home to celebrate the special milestone. More than 500 shares later, Roy said he now has an entire drawer filled with birthday cards that were sent to him, and he read each and every one.

A teacher at St. John's School in Bangor saw the Facebook request and got the entire school involved. They ended up with 102 cards to be delivered on his actual birthday. Melanie Perkins, an eighth-grader teacher at St. John's, said her students really enjoyed making the cards for Roy.

"One of the comments that I heard over and over again from all the classes was, 'I wish we could hear his stories,'" Perkins said.

"I'm interested in wars and fighting so I was really interested in learning about what he did," eighth-grader Aiden Ouellette said.

The students in Mrs. Perkins' eighth-grade class said they understood the importance of remembering and recognizing the men and women who have and continue to serve.

"I think it's a good time to honor those who, sometimes you don't really know it because they don't brag about it ... but they're very important to America," eighth-grader James Seymour said.

"I was really thanking him for the dedication that he's shown to our country and also wishing him a happy birthday as well," eighth-grader Archana Rajan said.

Roy said a lot of the cards asked him how he lived to be 102. His answer:

"I never drank or chased women ... and if you believe that, I have some oceanfront property in Arizona I'd like to sell you," Roy said.

But it seems maybe a little laughter had something to do with it.

"Oh, I like to laugh and make other people laugh. It's the best medicine," Roy said. 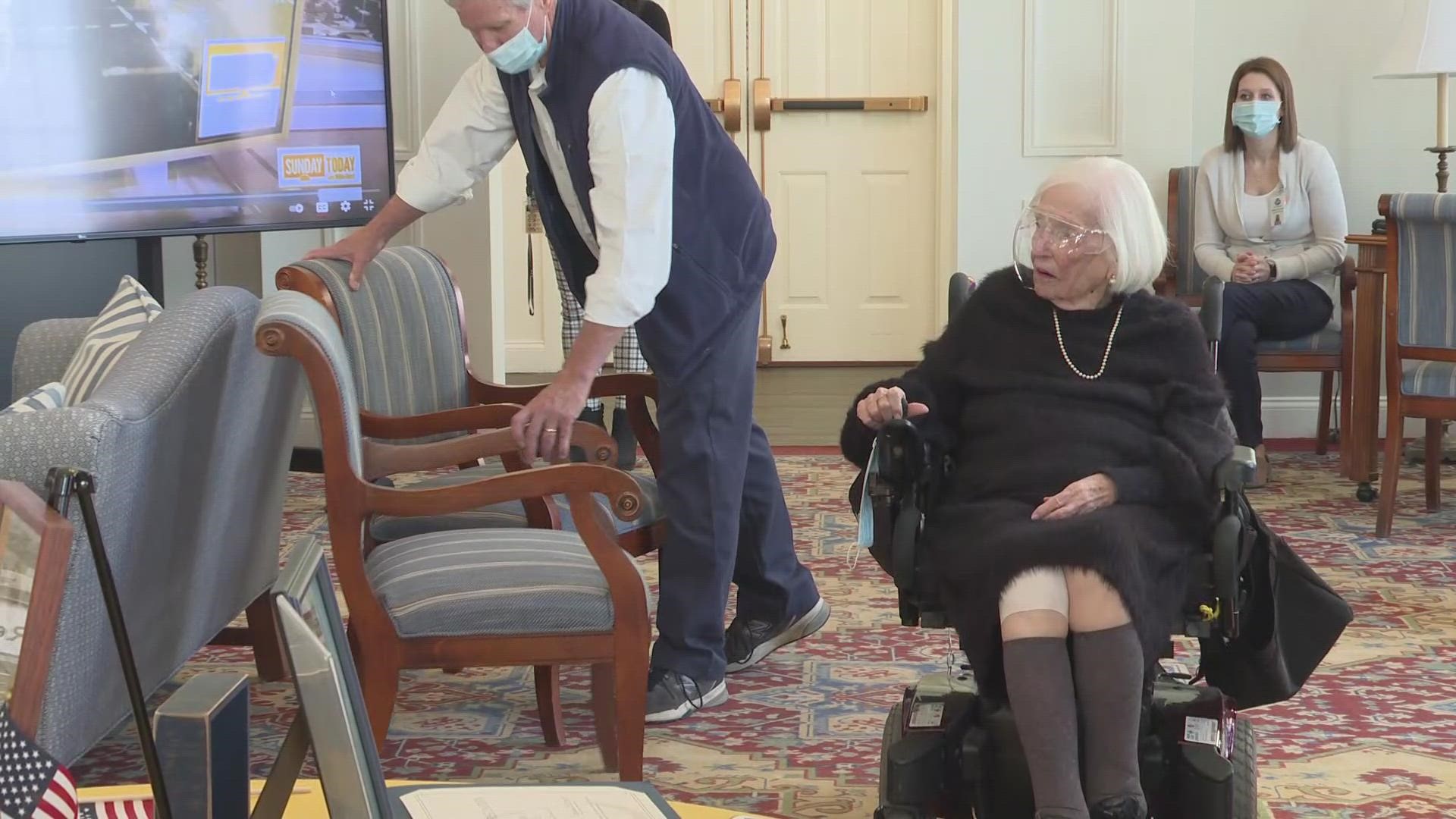