Ship believed to be lost in Bermuda Triangle in 1920s, found off St. Augustine's coast

The ship was called the Cotopaxi. It was a 250-foot-long cargo steamship that sailed from Charleston, South Carolina, heading for Havana in 1925. 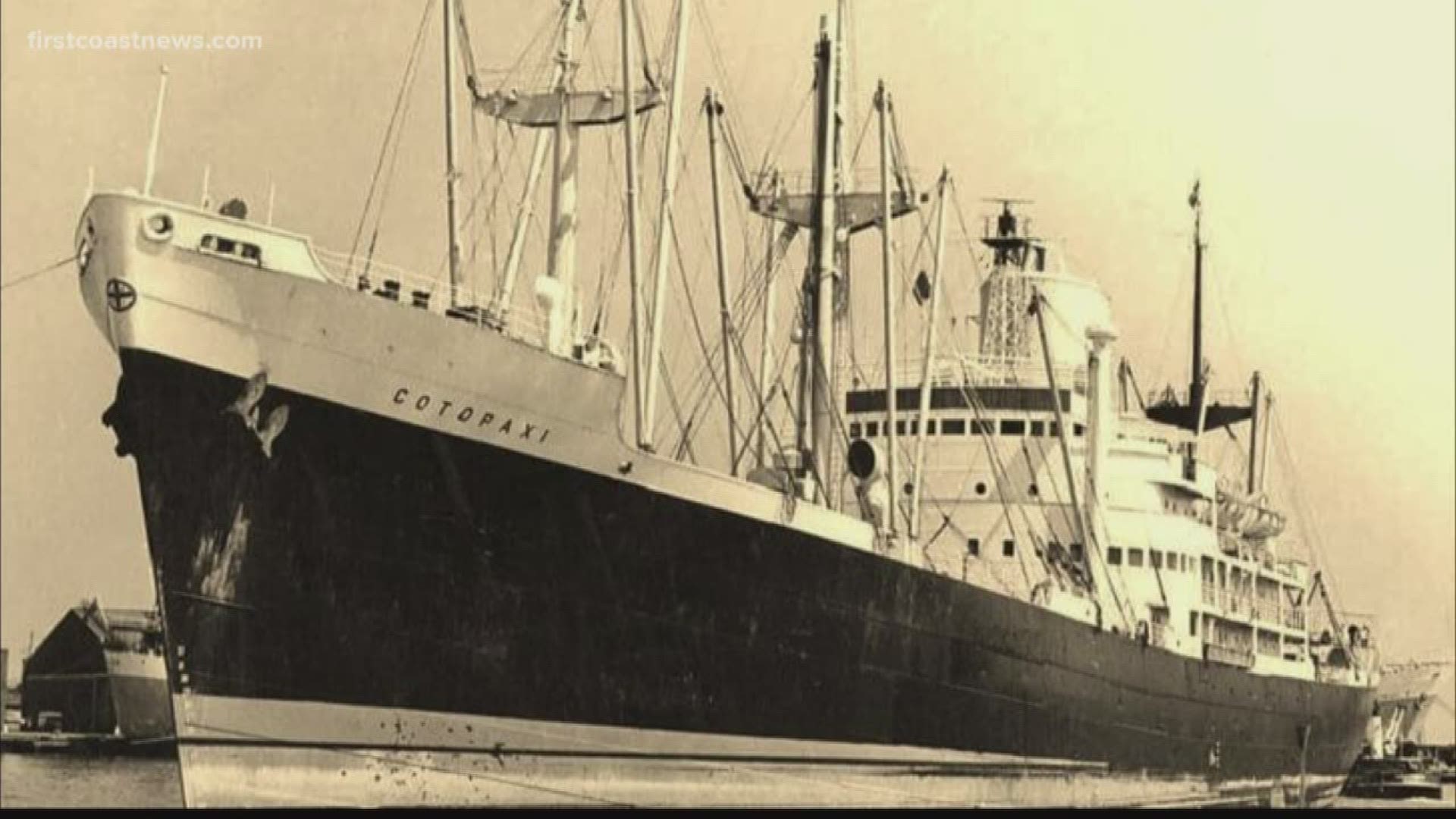 ST. AUGUSTINE, Fla. — Lost in the Bermuda Triangle. That's what people thought happened to one ship that vanished in the 1920s.

However, scientists have just determined that the old ship is actually on the ocean floor just off of St. Augustine.

The ship was called the Cotopaxi. It was a 250-foot-long cargo steamship that sailed from Charleston, South Carolina, heading for Havana in 1925.

But on that voyage, it vanished. It and its entire 32 person crew just disappeared.

It's the place in the Atlantic Ocean where ships and planes just "slip away."

The Cotopaxi was also the ship found in the desert in the movie "Close Encounters of the Third Kind."

"There's that scene with the old rusting freighter in the desert with Cotopaxi on the hull," Meide said.

A federal scientist and diver named Michael Barnette researched the ship, and he believed the Cotopaxi was actually a shipwreck that many First Coast locals refer to as the Bear Wreck.

It's located about 35 miles off of St. Augustine.

Barnette asked local marine archaeologists Meide and Brendan Burke to go to the site with him for a second opinion.

Meide said the wreck divers took a measuring tape and measured parts of the ship. And those measurements match up with the vessel's blueprint.

Meide said according to research, the ship was missing important structural components. Also, "unbeknownst to the captain and crew, they were sailing into the mouth of  a tropical storm," he said.

So all this time, the Cotopaxi was famous for its Bermuda Triangle connection and movie stardom when, it turns out, "it's been right off our coast Spear fishermen have been diving off of this thing for years," Meide said.

These findings will air in a new Science Channel series called Shipwreck Secrets on Feb. 9. Meide will be featured in that episode.