35 years ago, on this date, Bill Townsend was teaching biology at Sumner High School in Sullivan, while his friend Christa McAuliffe prepared to make history. 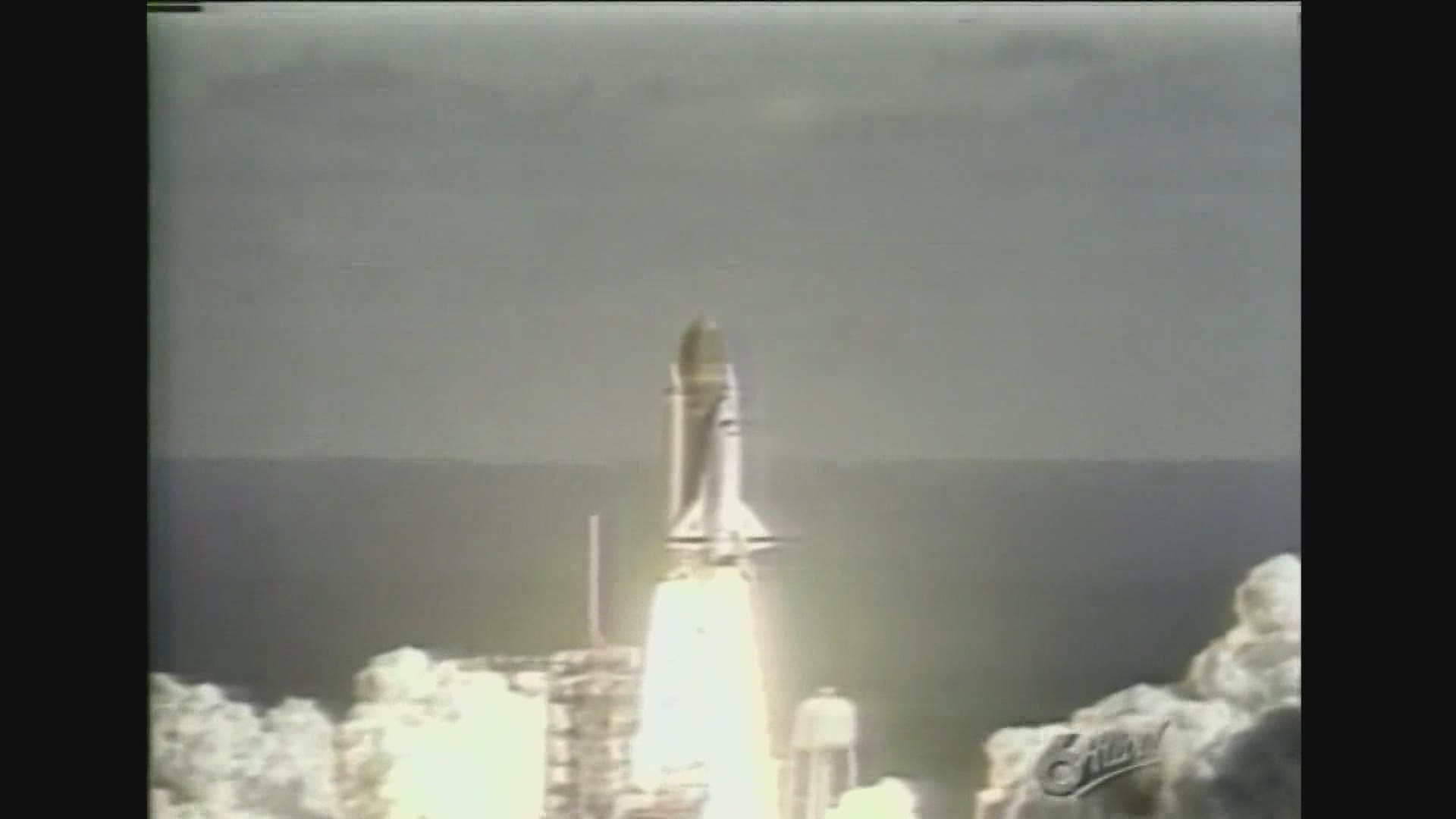 PORTLAND, Maine — In an instant, history turned into tragedy when the Challenger exploded, killing all on board 35 years ago today. It left Bill Townsend, who was teaching biology at Sumner High School in Sullivan, and others to ponder that it could have happened to him.

In 1985 and '86, Townsend was one of two finalists from Maine for NASA’s Teacher in Space program. Together with finalists from all the other states, they had gone through extensive interviewing and even some training for a trip on the space shuttle Challenger. Townsend said he and McAuliffe were friendly because she was from New Hampshire and him from Maine, along with Yarmouth teacher Gordon Corbett, the other Maine finalist.

Like many of his age at that time, Townsend said the possibility of going into orbit was exciting.

“It’s the idea of being able to go up- the shuttle experience, weightlessness, see the earth. It was high tech back then, I wanted to do it.”

The teaching aspect, he said, also was an allure.

“The idea was we would be able to teach, we had lesion plans we would do from space, and demonstrations we could do."

Neither of the Maine men were selected for the top-ten, but the program continued to provide them with further education and experience with NASA, even as McAuliffe and the other Challenger astronauts prepared for the flight. Nearly all the teachers were at Cape Canaveral for the launch, but it was delayed several times by weather, and Townsend said he finally ran out of leave time and had to come back to Maine to work.

On launch day he was at school, but not watching, for a basic reason.

“We didn’t have good TV reception at Sumner High School. The secretary came in and said the shuttle blew up. I got the TV out and got a fuzzy picture, and then it hit me…I had met all seven of those people within a week before that."

By chance, Townsend and one other teacher from California were the only ones at the schools that day. All the others from the Teacher in Space program were in Florida for the launch. Townsend said after the explosion, NASA put those teachers on buses and took them to Orlando. As a result, in those pre-cellphone days, no one could reach them. That left Townsend and his counterpart on the west coast as the only members of the Teacher in Space program who could be reached by news organizations.

"The superintendent let me take over his office,” Townsend said, adding that he fielded calls from reporters all over the country that day.

He said the Teacher in Space program continued, as did his involvement, and eventually another of the top 10 groups did make a shuttle trip.

Now retired, Townsend said he has thought about the Challenger explosion a lot over the years, and the idea that, if things had worked out differently, the teacher on the crew could have been him.

“I still think about that, think how much I’d loved to have gone, and then suddenly hits me it’s a good thing I didn't. Mixed feelings.”

Townsend says he was involved when the Challenger Learning Center began in Bangor, and he continued to give talks on the space program, even after he retired from teaching.

Later on, he had another brush with NASA and space travel one summer, while working as a ranger in Acadia National Park. Townsend says he came upon a man doing a painting on one of the carriage roads. During the conversation, it turned out the artist was Michael Collins, one of the three Apollo astronauts for the first landing on the Moon.

35 years after the Challenger tragedy, Townsend remembers it all.

"If the chance came now to go into space, would he still do it?"