A 20th-century map maker, Augustus Phillips, was the creator of a hand-me-down map that was on the wall of our very own Sean Stackhouse. 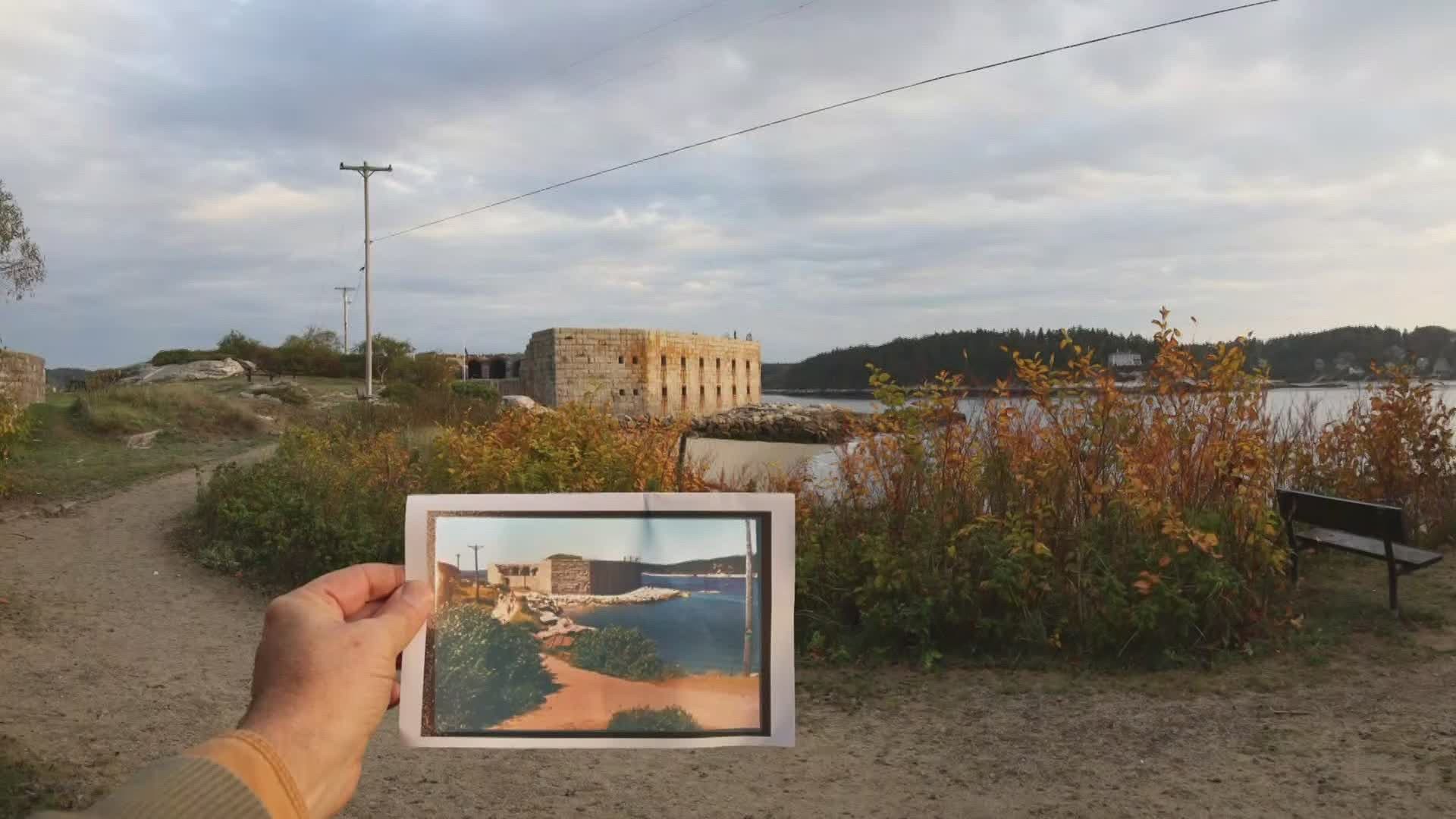 MAINE, USA — "I think Gus's work is in a lot of places, but people don't know his story," said Cathy Phillips Jewitt. She's talking about her grandfather, Augustus 'Gus' Phillips.

Phillips was a ''Mainer's Mainer" from Mount Desert Island and jack-of-all-trades during the 20th century. He worked as an independent map maker and photographer, as well as a woodworker, and even a painter.

"Learning more about his life, I'm kind of in awe of how he was able to take so many photographs," said Phillips Jewitt. "To do what he did."

Phillips took thousands of photos from all corners of the Pine Tree State. His granddaughter tells NEWS CENTER Maine he did it all in his station wagon, traveling to stores around the state to sell his maps and postcards.

A few weeks ago, Phillips Jewett got a call from her aunt, who told her she had noticed one of Phillips' maps on the wall of a makeshift home news studio in the apartment of a NEWS CENTER Maine reporter.

"She called me and said, 'Do you realize one of your grandfather's maps is on the wall behind the person who's talking'," said Phillips Jewitt.

I have a story I’m really excited to share on @newscentermaine tomorrow morning. Have you ever noticed this map of #Maine behind me when I’m reporting from home? Well there’s a really neat history behind it. Tune in tomorrow to learn more! #wakeMEup pic.twitter.com/bym69tokdN

I received an email from Phillips Jewitt a short while later. "I just checked the story online, and indeed there it is. Just want to say how wonderful it is to see it," said Phillips Jewitt in an email.

Since I started broadcasting from home, I've received dozens of emails asking for more information about the map, but sadly I just didn't have anything to share. It was a hand-me-down map from NEWS CENTER Maine's Hannah Dineen, who claimed she had an abundance of maps of Maine already in her home and wanted this one to find a good home.

But all of that changed when I connected with Phillips Jewitt and learned of her efforts to keep the legacy of her grandfather alive.

"I've always wanted to kind of unearth all of the information I can find about Gus's life and his art," said Phillips Jewitt.

That's exactly what she's been doing since 2017. That's when a large portion of Phillips' work was donated to the Penobscot Marine Museum. Phillips Jewitt has since been meticulously cataloging dozens of maps and hundreds of postcards.

Phillip's Jewitt has been doing it alongside current cartographer, and her former high school homeroom and English student Ben Meader.

"A treasure hunt sounds a little cheap, but it's an adventure for sure," said Meader.

He works mostly in digital cartography now, however says he often marvels at the level of detail seen in Gus's hand-drawn and painted pieces.

"To see these beautiful hand-rendered maps, where it's all just him with a pencil, paper, pen, paint," said Meader. He adds that seeing Phillips' work has only emphasized the importance of creativity and art in his own work.

Meader and Phillips Jewitt decided to start a blog to document all of their findings of Gus Phillips. The blog Postcards from Gus: A modern travelogue through Maine’s past, features dozens of Gus's original works, Maine history, as well as current photos taken by John Meader, Ben's father.

"When I finally found the spot where Gus took the picture, I just stood there and chills went up and down my spine. It was like... this where he stood," said John Meader. He travels across the state to recreate some of Phillips' iconic postcards.

Together, the three have created four blog posts loaded with Maine history, and have more in the works.

They're still regularly uncovering new works of Phillips as well. Traveling all across the state to distribute his art, it's likely more will be found.

Augustus "Gus" Phillips was born in 1898 in Northeast Harbor Maine. He held a number of jobs including an ice harvester, farmer, and draftsman during WWII.

Gus ran the Phillips map and postcard businesses alongside his older brother Luther until he passed away in 1960. Gus continued and expanded the business, despite facing a fire that destroyed his 'map house' a few years later, according to Phillips Jewitt.

Phillips continued creating art and selling it across Maine until his death in 1975.