The Maine Bicentennial Commission introduced the website, logo and slogan "Leading The Way" which will be used for the next two years of planning and celebration. 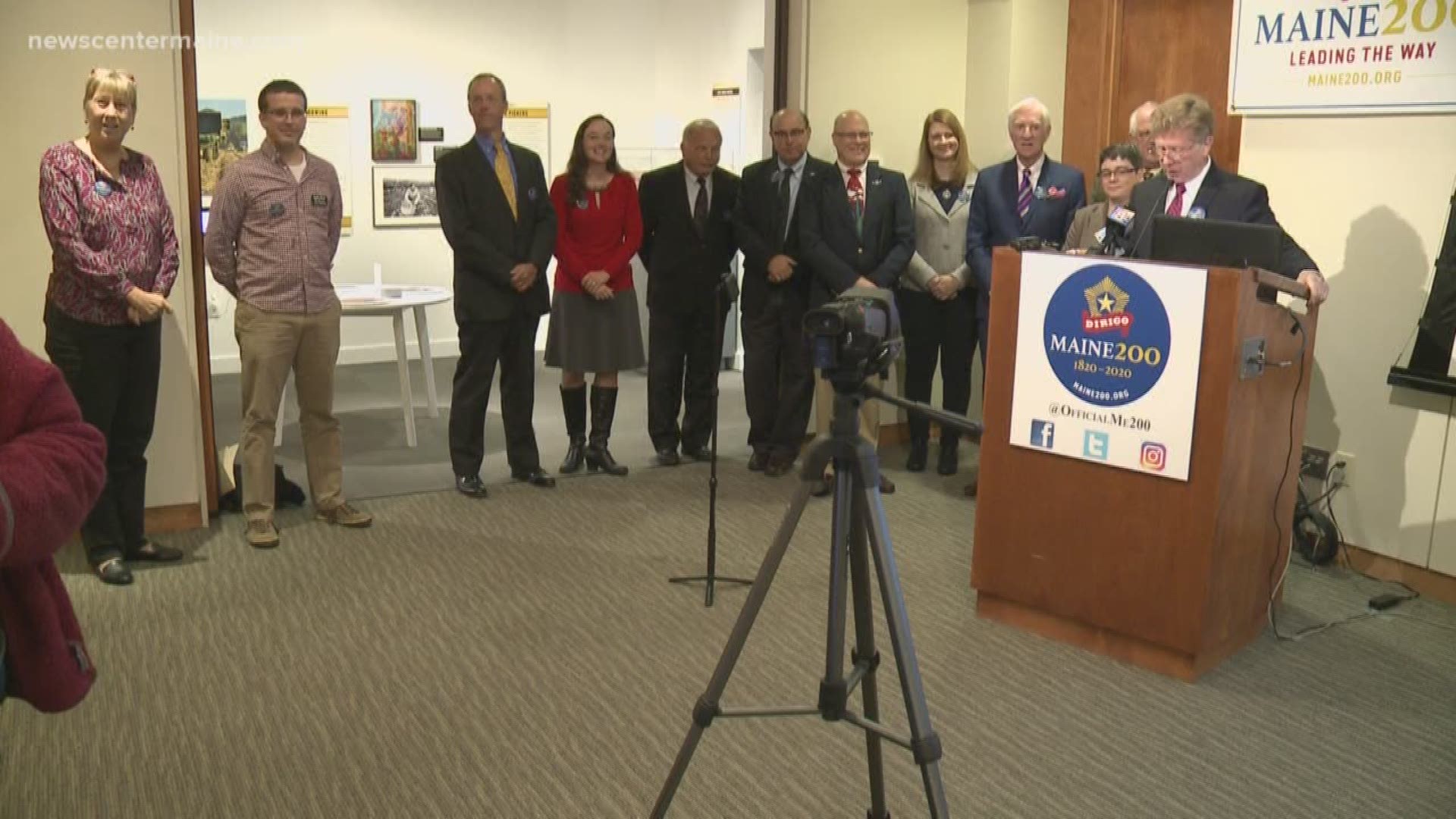 PORTLAND (NEWS CENTER Maine) -- Maine was the site of some of the earliest settlements and explorations by Europeans in North America. Of course, by that time the Wabanaki tribes had already been on the land for what is believed to be thousands of years. A year and a half from now, Maine will have a big birthday party. March of 2020 will mark the actual 200th anniversary of Maine becoming a state.

On Tuesday, the Maine Bicentennial Commission introduced the new logo and website for the bicentennial celebration, and announced the first big even will be July 26, 2019 -- marking the 200th anniversary of the vote in the state to separate from Massachusetts. That was the last of six efforts to have the state separate, and Maine’s vote became part of a Congressional controversy which resulted in the Missouri Compromise. Maine was admitted to the union as a free state, while Missouri was allowed to enter the union as a slave state.

All that, and more, will become part of the bicentennial observance. But organizers say looking at Maine’s 200 years of statehood will be more than just talking about the old.

“To commemorate our past, celebrate our present and inspire a healthy and prosperous future,” said Commission chairman Sen. Bill Diamond, as he described their goals.

Maine State Archivist David Cheever said their larger goal is to inspire thought and talk about the state’s future, by showing Mainers how much was accomplished in the past.

The overall bicentennial celebration is being called Maine200, and leaders said events will unfold over about 155 months, starting July on next year. Diamond and marketing director Meredith Strang Burgess said their website https://www.maine200.org/ will have steadily increasing amounts of historical information as well as a listing of events. It also is an effort to reach out to businesses and individuals around the state to donate money to help pay for the big birthday.

Money will also come from the sale of bicentennial license plates. Those plates, with the Diego motto and dates of the celebration, are now on sale by the Bureau of Motor Vehicles. They are allowed to be used as front plates only on cars and trucks.