200 years ago, Washington, D.C. was in a crisis, and Maine’s dream of becoming a state landed right in the middle of it. 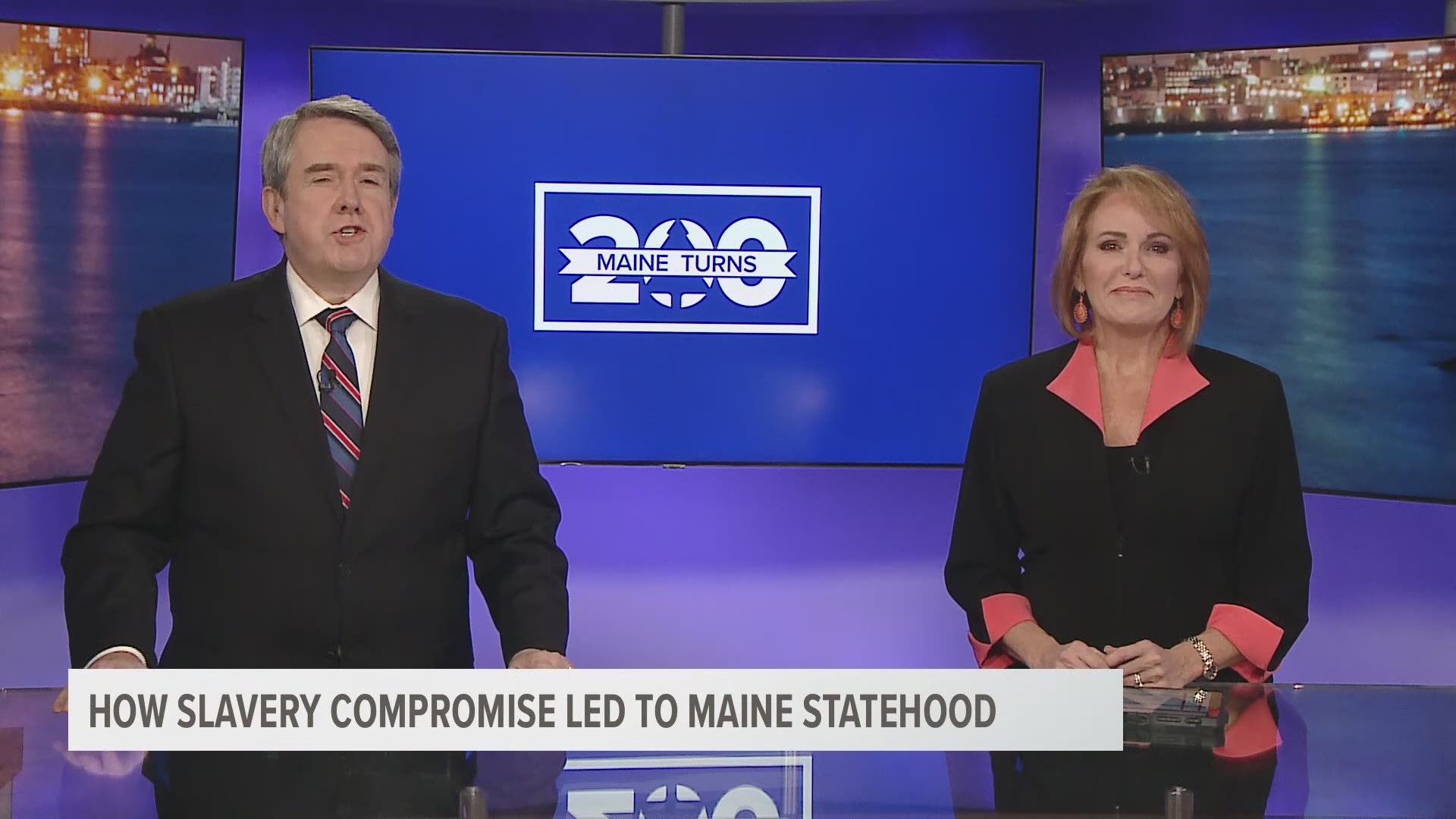 MAINE, USA — In January of 1820, after taking all the preceding steps of a statewide vote to separate from Massachusetts, and then writing a constitution, Maine’s petition to become a state landed in Congress at the same time the House and Senate were deadlocked over allowing Missouri to join the union as a slave state.

The battle was all about slavery, the first time the issue had come up in Congress since the U.S. Constitution was adopted, University of Maine historians Liam Riordan and Mary Freeman say.

Maine was a free state, and passions were high in most other northern states to oppose slavery. But Freeman says slavery then was not as big an issue in Maine.

“Even though they were not going to be Pro-abolition or pro-emancipation at this point in 1819-1820, they resented having Maine be tied to the expansion of slavery,” Freeman says.

The deadlock in Congress—where slave and free states were equally divided— finally ended in the Missouri Compromise. Both states would be admitted to the union: Maine as a free state, Missouri as a slave state, thus keeping the balance.

RELATED: Back to the source: up close with Maine's Constitution

And a line was created. The “36/30” line, at 36 degrees, 30 minutes latitude, the southern border of Missouri as a dividing line, with further expansion of slavery only allowed south of that line. Riordan says northern state representatives, including some from Maine, still objected, and the vote was very close.

“The vote that finally passes only passes the House by a vote of 90 to 87,” Riordan says. “There are seven congressmen from the district of Maine at this point. Five are opposed to statehood via this route, and only two are in favor. So if those two had voted differently would have led to a different outcome for slavery in Missouri.”

Maine officially became the 23rd state on March 15, 1820. But the battle over slavery was not ended by the Missouri Compromise, as slavery expanded and the abolitionist movement began to grow.

Forty years later, the country would be torn apart by civil war, where more than 7,000 men from Maine would lose their lives.

The story and video have been updated to reflect corrected changes to a map of the U.S. from 1820.

RELATED: The bicentennial book that will celebrate two centuries of Maine food

RELATED: Why 112 random objects became the inspiration behind a book about Maine