How to teach your kids about the events of 9/11

Experts weigh in on how to best talk to your kids about September 11, 2001. 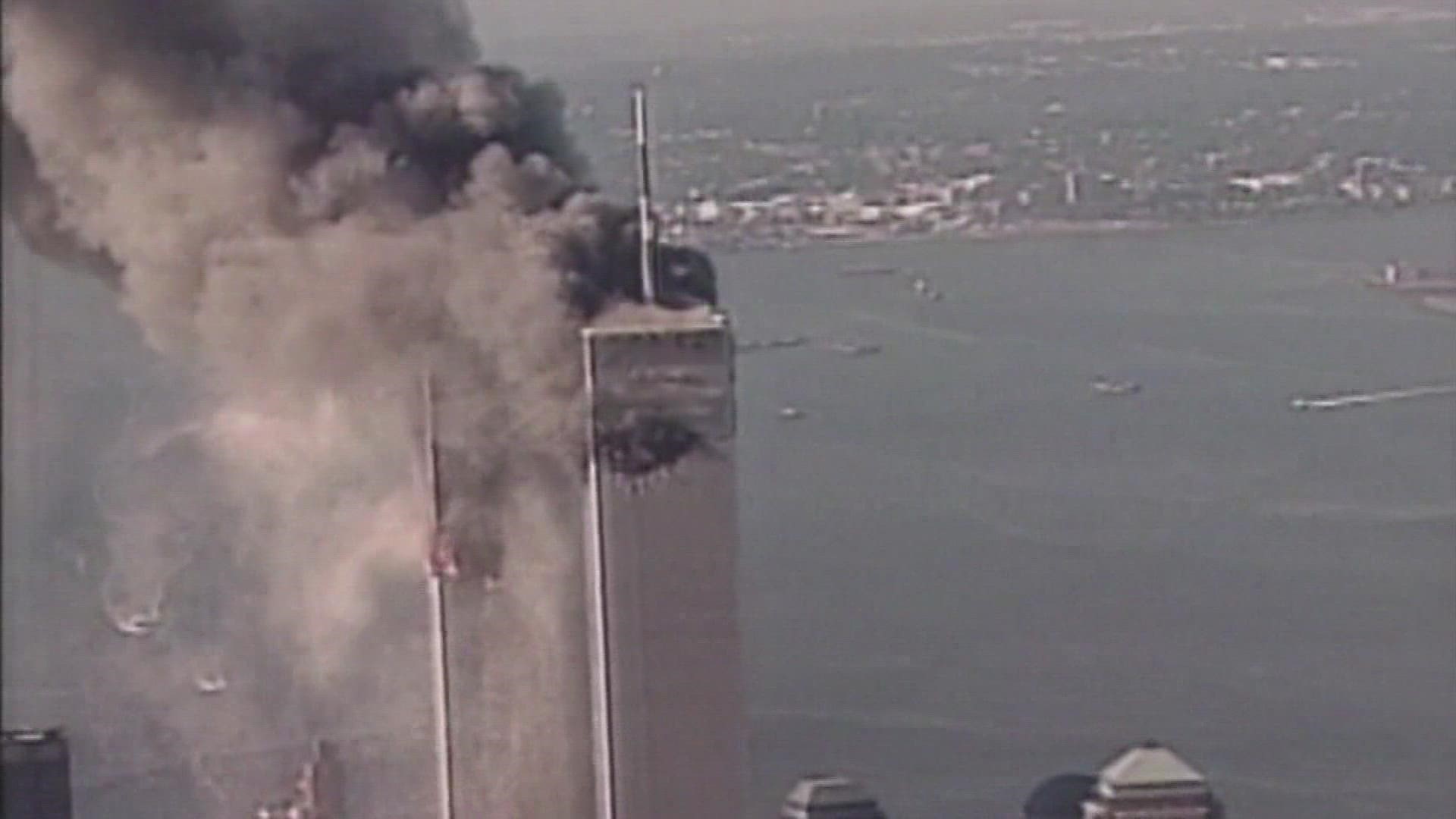 MAINE, USA — For many of us, the images of the World Trade Center burning and exhausted first responders on September 11, 2001, are forever engraved in our memory. But for many young kids, they might be learning about that devastating day for the very first time this week, ahead of the 20th anniversary.

"I think you talk to your kid pretty honestly, but you do bring a little bit of emotion into the story," Dr. John Stewart, a child and family psychologist said. "If you want to teach something in a meaningful way, tie a little emotion into it," he said.

For Westbrook native Amanda Schlegel, teaching her kids about terrorism and 9/11 is a bit more personal.

"I was able to pull up pictures that we have from him in Afghanistan and explain to them well it stinks to have to say bye to dad, sometimes he has some huge important job to do which is to help protect us," she said.

Schlegel has lived in Mississippi for nine years because her husband, Adam Schlegel is a chief in the U.S. Navy and has deployed to Afghanistan twice.

That's why last year she decided to teach her then 4 and 5-year-olds about what happened on that day in 2001.

"I showed them some video clips off YouTube from the news from that day and they watched the planes actually hit the towers," she said.

Schlegel then used children's books and songs about the day and let her kids ask questions.

This week marks the 20th anniversary of September 11 and many children may be seeing the images from that day for the first time. Dr. John Stewart is a child and family psychologist and says it's important to be honest with your kids #NEWSCENTERmaine pic.twitter.com/YjIBR6klRe

Stewart added that when you're having these conversations with your children, let them lead the discussion by asking questions and take cues from them for when they're ready to stop.

"You never want to tell a child more than they're ready to hear," he said.

The Maine Department of Education also encourages students to learn by asking. The department calls it inquiry learning.

"We don't want students passively being engaged in that learning where they sit there and we tell them certain things we would want to give them the framing to talk about then say what do you want to know more about," Joe Schmidt, Maine DOE social studies director told NEWS CENTER Maine.

On Friday, NEWS CENTER Maine will host 'Maine Remembers' with a look at unique perspectives from Maine people on 9/11.

Watch the full interview with Schlegel below.