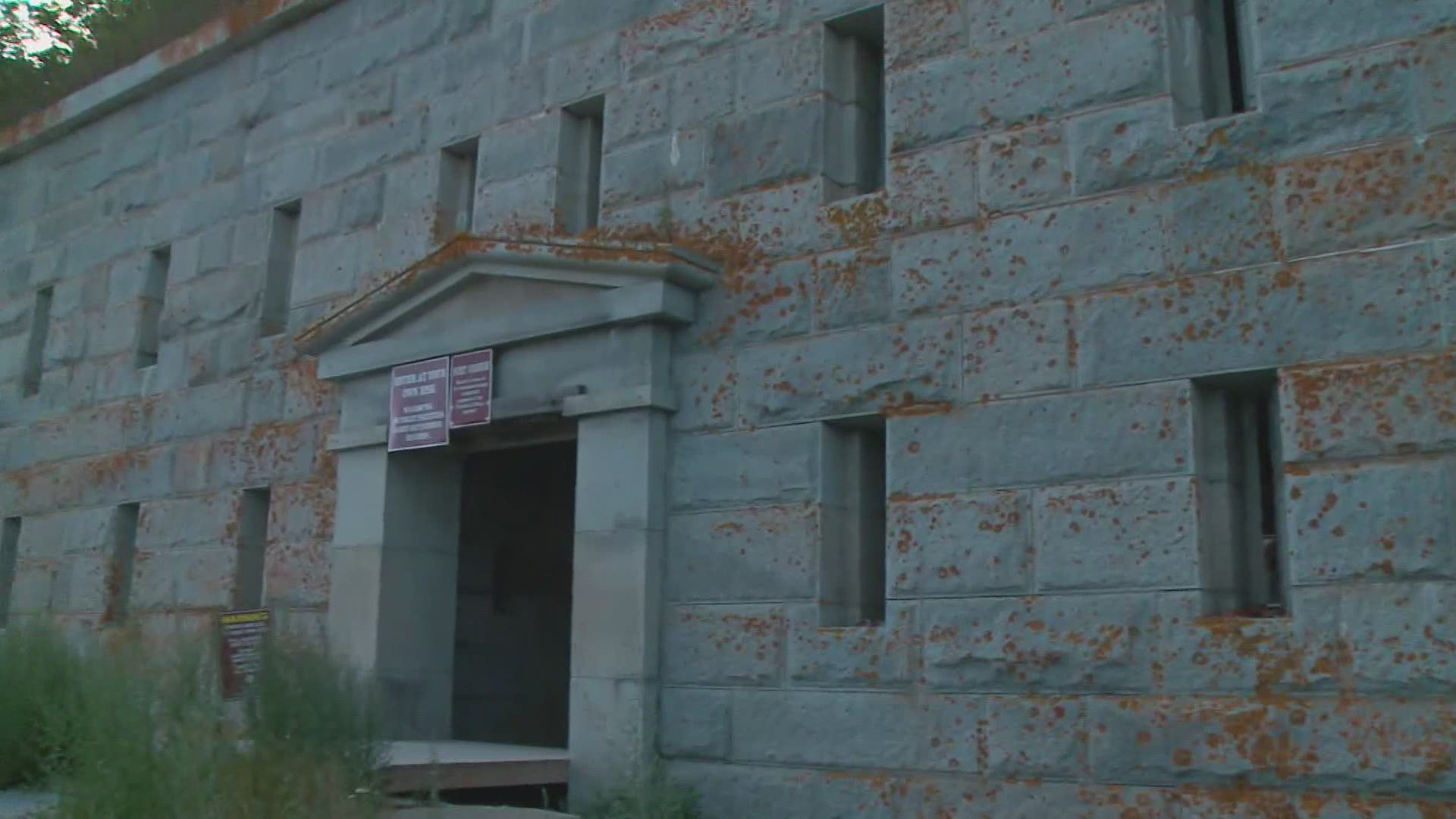 PORTLAND, Maine — Fort Gorges has been a fixture in Casco Bay for 150 years, a destination for more than eight thousand people a year, but the iconic landmark is starting to show its age.

In fact, according to the very people tasked with preserving the fort, if it's not repaired soon, it may have to close to the public.

Paul Drinan is one of those passionate people. He is the Executive Director of Friends of Fort Gorges, a nonprofit organization committed to restoring and preserving this historical structure.

"Everything you're going to see here (at the fort) is original, except for the galvanized metal," said Drinan.

The metal gates and railings installed at the fort were done as a safety measure by the Army Corp of Engineers in 2017.

Fort Gorges was built after the War of 1812 in reaction to the threat of foreign naval powers. Its walls are made of local granite. And because of advancing technologies, the 56 gun emplacements at the fort, were already obsolete when construction was finished during the Civil War. But the fort hosted a live-in caretaker and acted as a storage facility during both World Wars.

"The fort never fired a single shot in battle but there definitely would have been an officer stationed here to run things."

The fort boasts officers quarters where every room had a fireplace. There is also a winding staircase and crown molding, more than a century old, still in great shape.

In another room at the fort, where you need a flashlight to see, is called The Great Magazine.

"We know they kept the cannonballs in here and the gun powder in the next room."

The quality and attention to detail of the fort are impressive. As is the viewing area from the Northeast side which the Army Corp. of Engineers cleared vegetation to create. The Friends of Fort Gorges want to duplicate that around the fort when they can get rid of the overgrowth of invasive plants.

"The dirt up here was never intended to be here it was put here as an afterthought to absorb incoming cannon fire."

That vegetation is retaining moisture which is creating a bigger problem.

"You can see a crack here that is part of the freeze-thaw cycle" Drinan pointed out.

Those cracks in the gun casemates area are compromising the safety of the fort. As is the pressure treated wood on the southwest side of the fort.

"We would completely re-do access to this area, right now it's somewhat unsafe and these bridges also need to be replaced."

If they're not replaced there won't be any access to the area to see a Parrott rifle left behind.

"This is an extremely rare military artifact. If you know the difference between a cannon and a rifle. A cannon shoots a ball and has a smooth bore. A rifle shoots a cylindrical projectile and inside this barrel, you can see it has the spiral rifling."

If you couldn't access the Southeast area you would also miss where the Friends of Fort Gorges hope to build an observation deck.

"We would put up a railing and have a 360-degree view past Fort Williams to Whitehead Passage, between Cushing and Peaks Island, all the way to Cousins Island, Falmouth, the entire City of Portland, South Portland. It's really incredible."

But these repairs and improvements need funding.

"All of our funding up until now has happened through small private donations and grants."

It's not enough. So for the first time ever the group is asking the public for help.

"This fort belongs to everybody and now we need everybody to help the fort."

It's why Friends of Fort Gorges have dubbed the campaign the "Your Fort" Campaign.

"There will never be another Fort Gorges and if we lose this fort we will never get it back."

It's a granite giant, built for war but losing a battle against time. And the clock is ticking for the community to band together to help save it.

For tours of the fort or information on how to donate to the "Your Fort" Campaign click here.

RELATED: The best places to hike, bike, or paddle in Maine