Back to the source: up close with Maine's Constitution

The Maine State Archives has a display of high-resolution photos of the constitution, but today they gave NEWS CENTER Maine a rare opportunity to see the real thing. 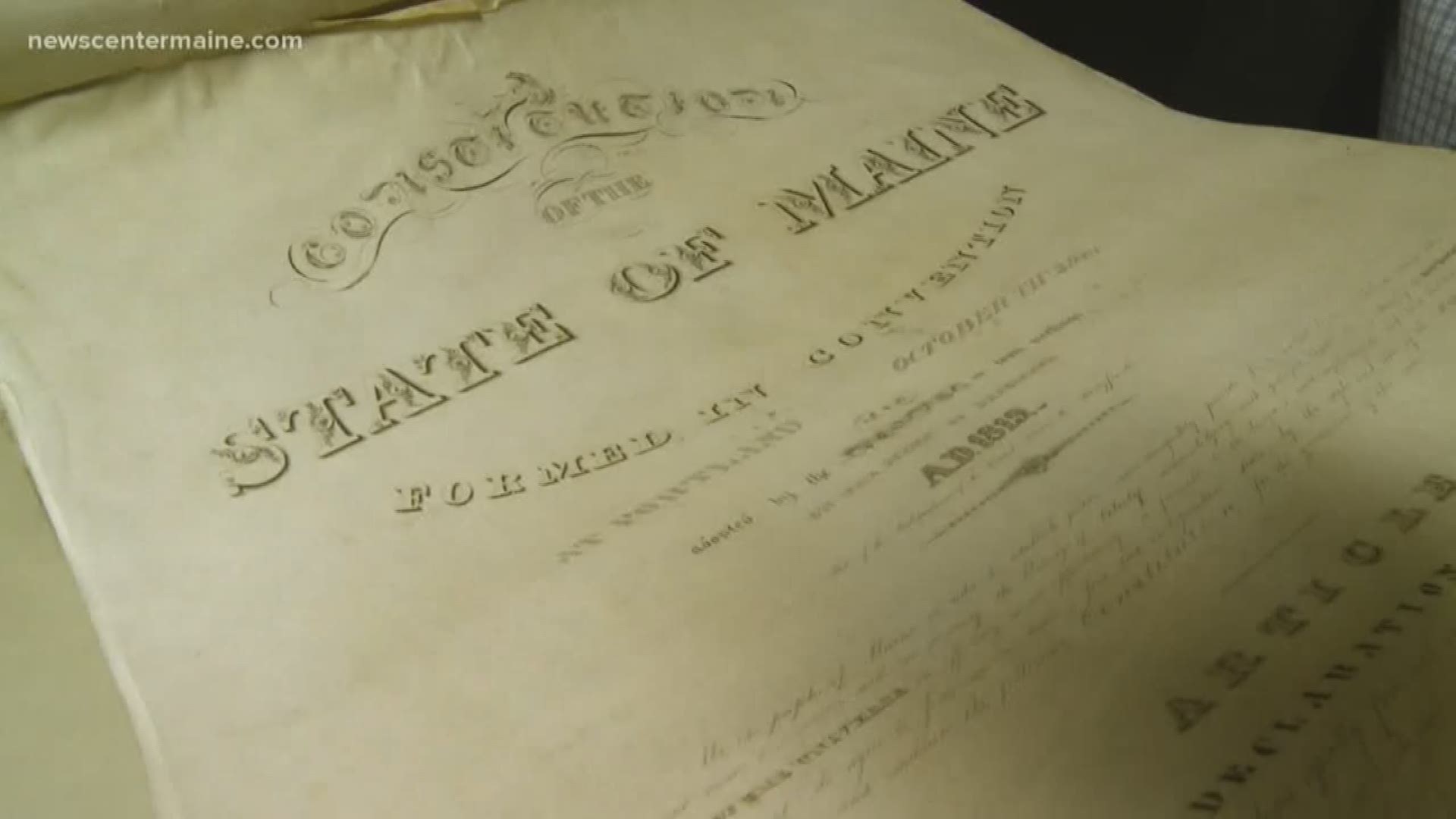 AUGUSTA, Maine — It was a rare chance to get hands-on with history. Maine is less than two weeks away from the start of our bicentennial year. This month marks the 200th anniversary—December, 1819-of citizens ratifying the new Maine constitution. The Maine State Archives has a display of high-resolution photos of the constitution, but on Friday they gave NEWS CENTER Maine a rare opportunity to see and even touch the original.

Former State Archivist Dave Cheever opened the underground vault where the official copy of the constitution is stored. It's bound in red leather, and written by hand on calfskin, called vellum, so the document will last. It is elegant, with finely detailed and decorated titles and beautiful, flowing script of the different articles detailing the rights of Maine citizens and how their government will work.

It is life-size, high-resolution photos of this document that line the lobby of the archive and state museum building for all to see.

But there is another document hardly anyone sees. More precious, perhaps, than the official copy, as Cheever said when he took it out of the box.

“This is the working copy, this is what they argued about when sitting in convention in Portland in October 1819. This is the constitution of the state of Maine."

It is a roll of paper, about sixteen inches wide, wrapped in tissue paper to protect it. Gently unrolled, it has the original words of the constitution, likely written with a quill pen as the articles were debated in the Constitutional Convention. Pages are glued to each other, some showing corrections, and Cheever said the entire document unrolls to a length of 18 feet.

“The first time I looked at this is like today. You get goosebumps because this is the formative document,” Cheever said.

It is a rare privilege to see and hold that original scroll, as it is to touch the official one, which was created a few years after statehood, to be the formal, permanent version of Maine’s founding document. The Constitution has been added to over the two centuries, but the basic rights of citizens are requirements for the government are still intact, and preserved in that vault, as they were given by the state’s founders in 1819.

RELATED: Maine unemployment, low for years, is unchanged in November