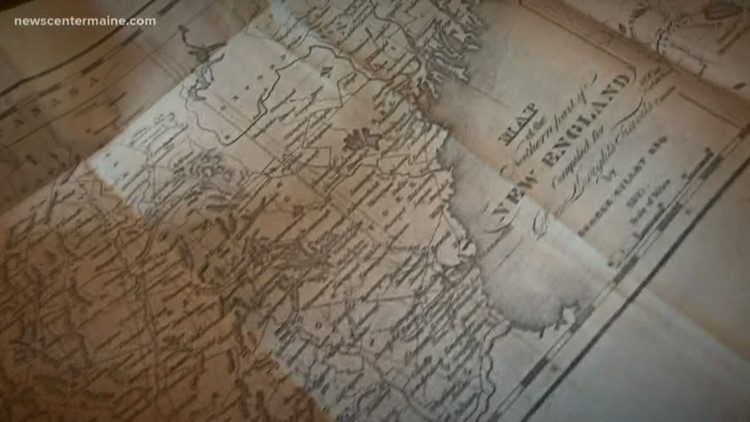 Since Maine residents ratified the new state constitution in December 2019, the request to join the Union had been in the hands of the Congress, and part of a tremendous national controversy about slavery.

“So this is just an explosive moment in American national politics, as things have really ground to a halt around this issue,” said Prof. Liam Riordan of the University of Maine.

The issue was the request by Missouri to be admitted to the Union as a slave state, at a time when Congress was evenly divided between slave and free states. Riordan said the dispute had tied up Congress for months and it posed a challenge for Maine’s bid to become a state. The seemingly obvious step was to let both new states into the Union, with Missouri as a slave state and Maine as a free state. But northeastern states were strongly opposed to the spread of slavery, making it difficult for Maine to build support in its own backyard.

RELATED: Capturing the sound of 200 years of Maine

“And there is some indication King is leaning to his brothers position,” Riordan said, “and then he gets these letters from Mark Langdon Hill in particular and John Holmes  both Massachusetts Congressmen from Maine) and backpedals right away and said ‘we will go full bore ion statehood even if it means accepting coming in with Missouri as a slave state."

The Missouri Compromise, as it came to be called, did admit both states, and also established a line at the southern border of Missouri, stating there would be no further expansion of slavery north of that line. However, it did not prevent slavery from expanding west when other states joined the union. The compromise was highly controversial, even in Maine, said UMaine history professor Mary Freeman.

“Even though they were not going to be Pro-abolition or pro-emancipation at this point in 1819-1820, they resented having Maine be tied to the expansion of slavery,” Freeman said.

That split in Maine and in the country played out in the final votes in Congress, March 3-4, 1820. Riordan said the Compromise bill only passed the House by 3 votes.

“And I guess what I find most interesting is there are seven congressmen from the district of Maine at this moment. Five are opposed to statehood via this route at this point, and only two are in favor. “

Those two votings in favor were Rep. Mark Langdon Hill and Rep John Holmes, the two who had pushed William King to work to pass statehood.

The Compromise passed, and 11 days later Maine officially joined the Union. The professors say the slavery issue cooled off in Congress for a few years but would boil over again in the next three decades until the nation finally erupted in the Civil War. More than 70,000 Maine men would march off to fight that war, and 7,000 of them died to preserve the Union their parents and grandparents had worked so hard to join.