Helping Sanford's homeless one hot meal at a time

Police have created a new task force to help the homeless in Sanford. Meanwhile, hot meals and hugs, are coming from the heart of a local kitchen. 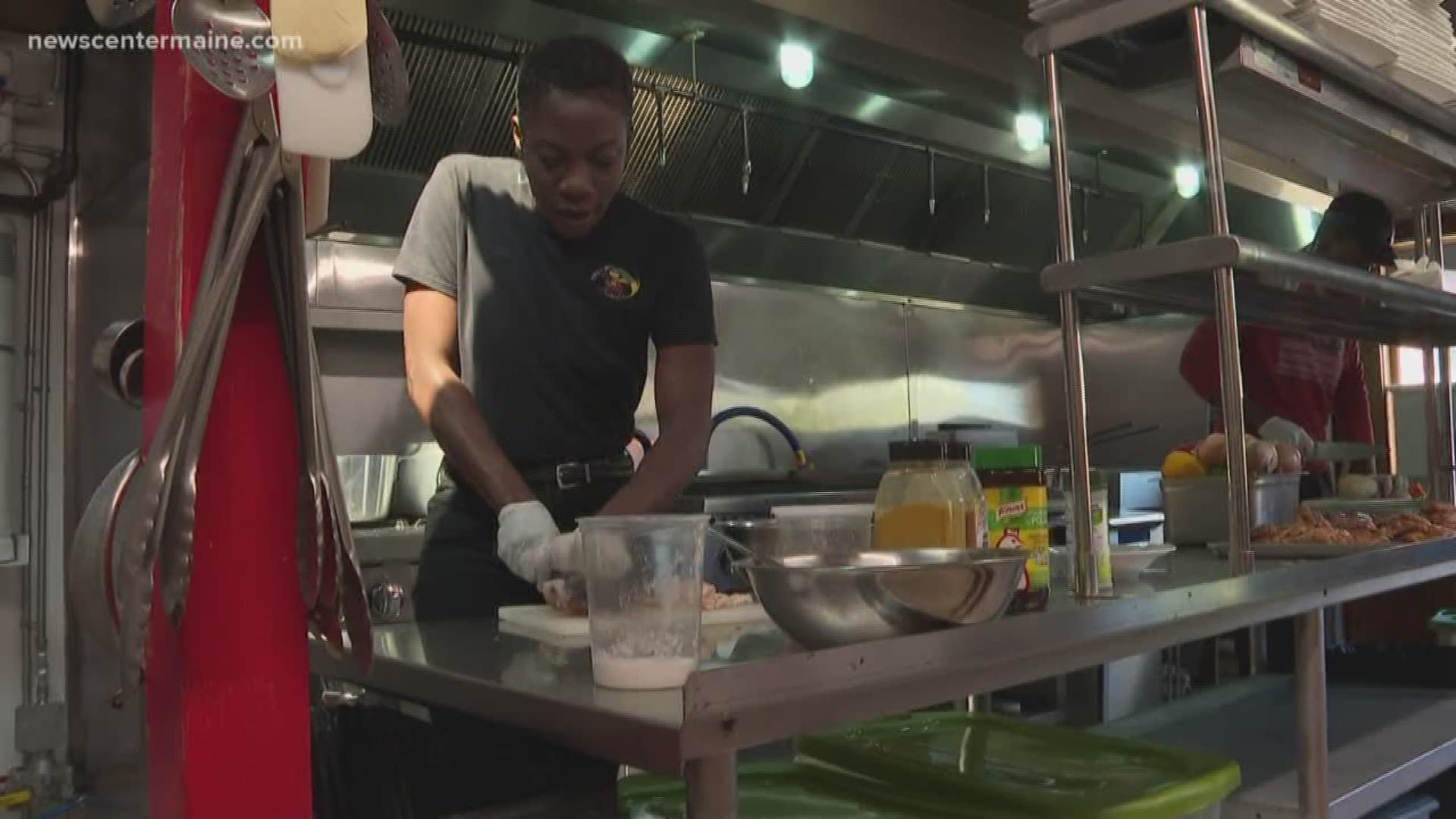 SANFORD, Maine — In Sanford, police say the homeless population has increased significantly in recent years. In response, they've formed a new task force to help get the homeless the resources they need to get back on their feet.

Meanwhile, there's another group that's helping at the same time, a family that immigrated to Maine from Jamaica years ago.

Inside One Love Cuisine on a Monday morning, you'll find jerk chicken sizzling on the grill and vegetables being slice up and plopped in the stockpot.

It looks like any restaurant kitchen. But these meals aren't meant for customers.

"I'm going to bring some food for Darian and Tammy first," said Lesa Tomlinson. "They're over by that camp over there."

Lesa Tomlinson whips up some favorite family recipes for people who can't afford them at the restaurant, and can barely afford anything, at all.

With help from her brother and sister in law, Tomlinson feeds Sanford's homeless as often as they can. Sometimes daily.

She doesn't just provide them with a hot meal.

She knows many of them by name and makes an effort to find out who they really are.

"You talked to your mom? That's awesome."

For some, those meaningful conversations and big hugs mean more than the food she delivers.

"At first it was kind of like, 'woah, who is this person? What do they want?' said one man. "You know it felt like they wanted something from us they can't just be going out of their way for us. Then it started it became every day she brings us a meal. She tells us she loves us, she takes care of us."

"Just to see the human compassion that the woman has is quite amazing," said Detective Eric Small.

Detective Small says he also is working to provide hope and give the homeless the resources they need, by way of a new task force which consists of four members of the Sanford Police Department.

"Last week officers spent time giving out shoes or giving people socks, or t-shirts or toiletries. Driving people to doctor's appointments or to take a shower or to get their medicine," he said.

Help can come in many forms. For Lesa Tomlinson, lending a hand is one place to start. And for that savory Jamaican dish, the only compensation she needs is a smile.

Tomlinson and her brother came to the states from Jamaica years ago. Tomlinson served in the U.S. Navy and her brother, Rohan, is the owner and head chef of One Love Cuisine.

RELATED: A menu of Jamaican-Maine fusion at One Love Cuisine

RELATED: Veteran hopes to tap into support for asylum seekers to help the homeless