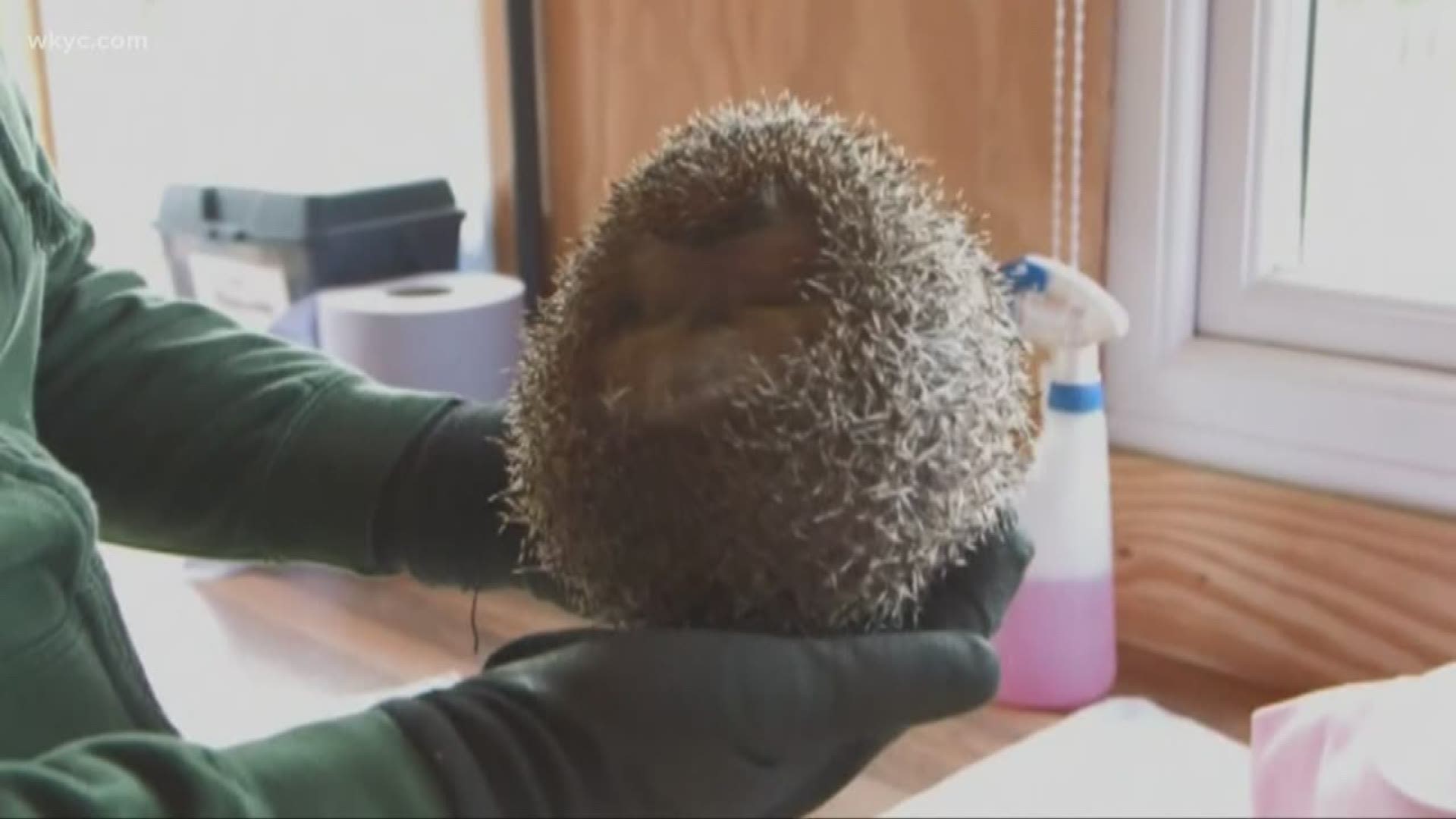 AKRON, Ohio — Emily Kennedy, and her Akron-based start-up Hedgemon, just might be part of the solution to football's concussion troubles.

Kennedy and her team are hoping to change the game with help from a hedgehog.

"We were pretty surprised by what we learned about the hedgehog," Kennedy said. "In the wild, they're really active climbers, so it's not unusual for them to fall. But when they do, they curl into this ball and they're totally encased by their quills, which have evolved really impressive shock-absorbing properties."

Hedgemon was founded by University of Akron researchers in 2015. Today, they're in the process of developing and marketing a helmet safety liner based on those very hedgehog quills.

It's science based in nature -- an approach known as biomimicry.

"Biomimicry, at its essence, is innovation inspired by nature," she said. "One of the examples that's pretty ubiquitous that you probably have heard of is Velcro, which was actually inspired by how burrs stick to animal fur."

In fact, the University of Akron has emerged as a leader in this field, and it's what attracted Kennedy, a Massachusetts native, to Northeast Ohio.

"I never pictured myself as an Ohioan, but I jumped at the opportunity, moved here in 2012 and now Cleveland is home, Akron's home. I've come to really love it here."

She's even recruited her parents to move to the area as well.

Kennedy and Hedgemon have been in the news quite a bit lately, thanks, in part, to her recognition as one of Cleveland Magazine's "Most Interesting People 2020." She says she hopes the positive attention will only help the company grow.

Right now, their liner is still in a testing phase, but Emily and her team believe their technology could -- one day -- have uses far beyond just football helmets.

"We think that we could find a way to adapt the solution for that so it could be in infant car seats, it could be in fall protection flooring for nursing homes or day care facilities. Maybe it's even going to be in automotive paneling so the possibilities are really, really broad."

RELATED: GAME CHANGERS | Northeast Ohio leads Hyperloop transportation industry: How you could soon travel from Cleveland to Chicago in less than 30 minutes