'We know they are out there being abused, we won't know their names until they die until they are killed, and that's horrible," Sen. Diamond said. 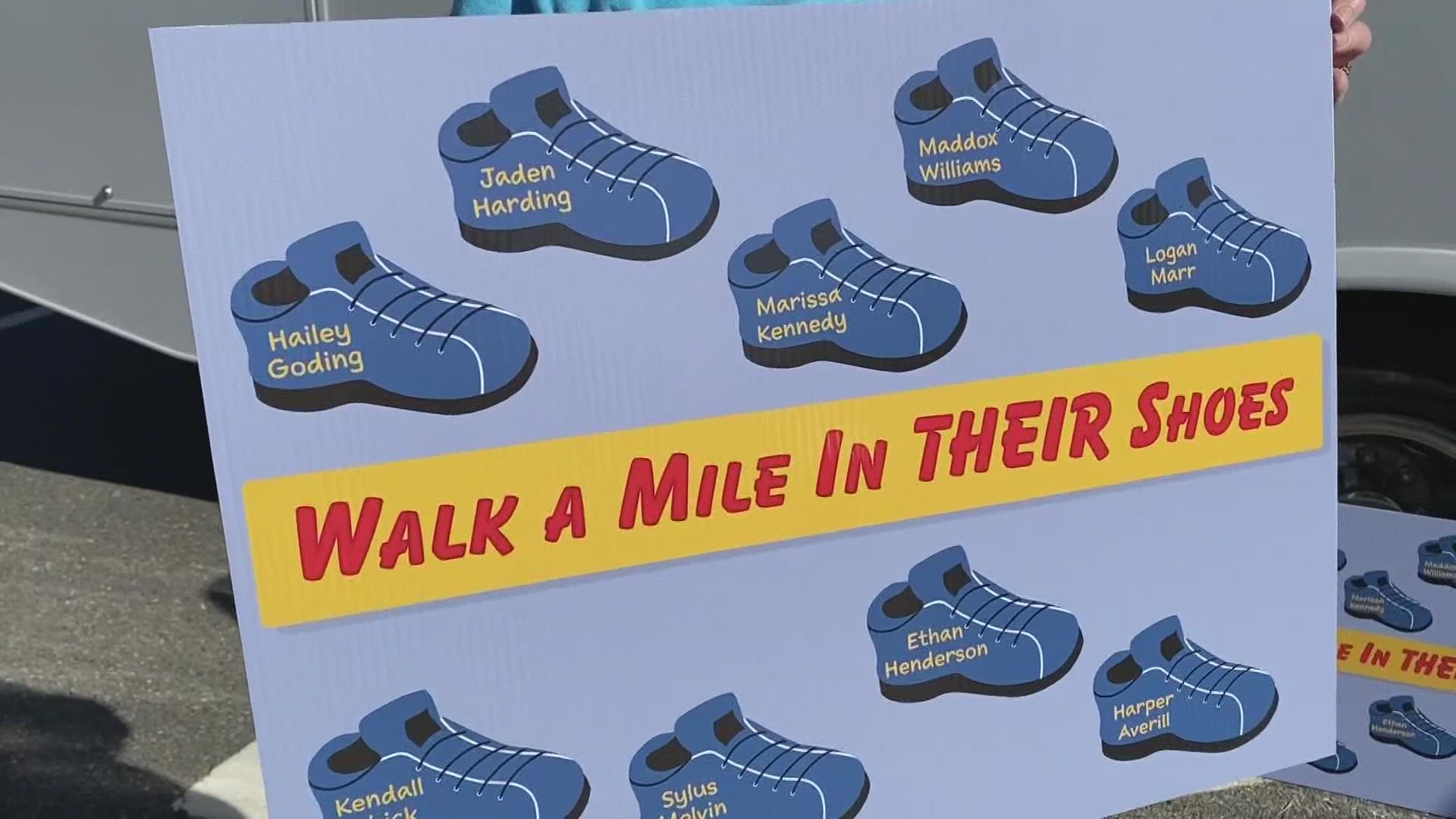 OLD TOWN, Maine — Tuesday is the kick-off of a two-day walking tour in memory of children who have died from child abuse.

The Walk a Mile in Their Shoes tour will stop in seven Maine communities touched by this issue.

"We need to go at them sooner because we can't just sit back like we have been, and let these kids die," Diamond said.

Sen. Bill Diamond, D-Windham, is organizing the tour and invites the public to meet him, state legislators, and other local officials at each stop for brief remarks and a listening session.

"I do think the system does need to be changed," Diamond said. "Kids keep dying and I think that's something we can't stand for."

Diamond has been a champion of child abuse and child protection legislation in Augusta for the last two decades.

Sen. Bill Diamond is leading a two-day tour throughout Maine communities where children have died from abuse. “I know it’s going to happen again, we don’t know who they are yet because they haven’t died, I know there are kids out there being abused, we have to change the system.” pic.twitter.com/8J7sBTfItS

Senators and community members walked through different towns and cities where children have died at the hands of their parents and caregivers, some of who were under the watch of the office of child and family services.

"The numbers are increasing, and the system hasn't changed, and as often the department says they want to improve the system and they are getting better it really isn't," Diamond said.

Diamond introduced a bill to make the office of child and family services separate from the Department of Health and Human Services, to give it more support and transparency. The bill passed in the state Senate but failed in the House.

"I think the department is so big and the Office of Family Services is way down in the depths of that department. If we can bring that office out, extract it from that huge bureaucracy, and make it a department by itself, I put a bill this year to make just that, and if we can follow through on that I think that could help because it makes it much more transparent," Diamond said.

Today begins a two-day tour across the state in memory of Maine children who have died from abuse. I’ll share with you what organizers hope The Walk a Mile in Their Shoes tour will achieve on @newscentermaine at 5:30 and 6:30 a.m.#wakeMEup pic.twitter.com/kIB5ucsS9p

"What I really hope we can do [with this tour] is keep [child abuse] a high priority issue," added Diamond. "Every time the legislature goes home in April or June, depending on the year, everything goes back to where it was before. I want to make sure we keep child abuse awareness on the front burner."

According to the Maine Department of Health and Human Services, between 2007 and 2020, there were 30 child homicides in the state of Maine.

Anyone who plans to join the Walk a Mile in Their Shoes tour is encouraged to wear blue in support of child abuse awareness and bring homemade signs in memory of the children who have died.

The tour's schedule is as follows:

In memory of Hailey Goding

In memory of Jaden Harding

In memory of Marissa Kennedy and Maddox Williams

9 a.m. - The tour departs from Augusta

In memory of Logan Marr

In memory of Kendall Chick

If you are concerned about a child being neglected or abused, call Maine’s 24-hour hotline at 800-452-1999 or 711 to speak with a child protective specialist. Calls may be made anonymously. For more information, visit maine.gov/dhhs/ocfs/cw/reporting_abuse.