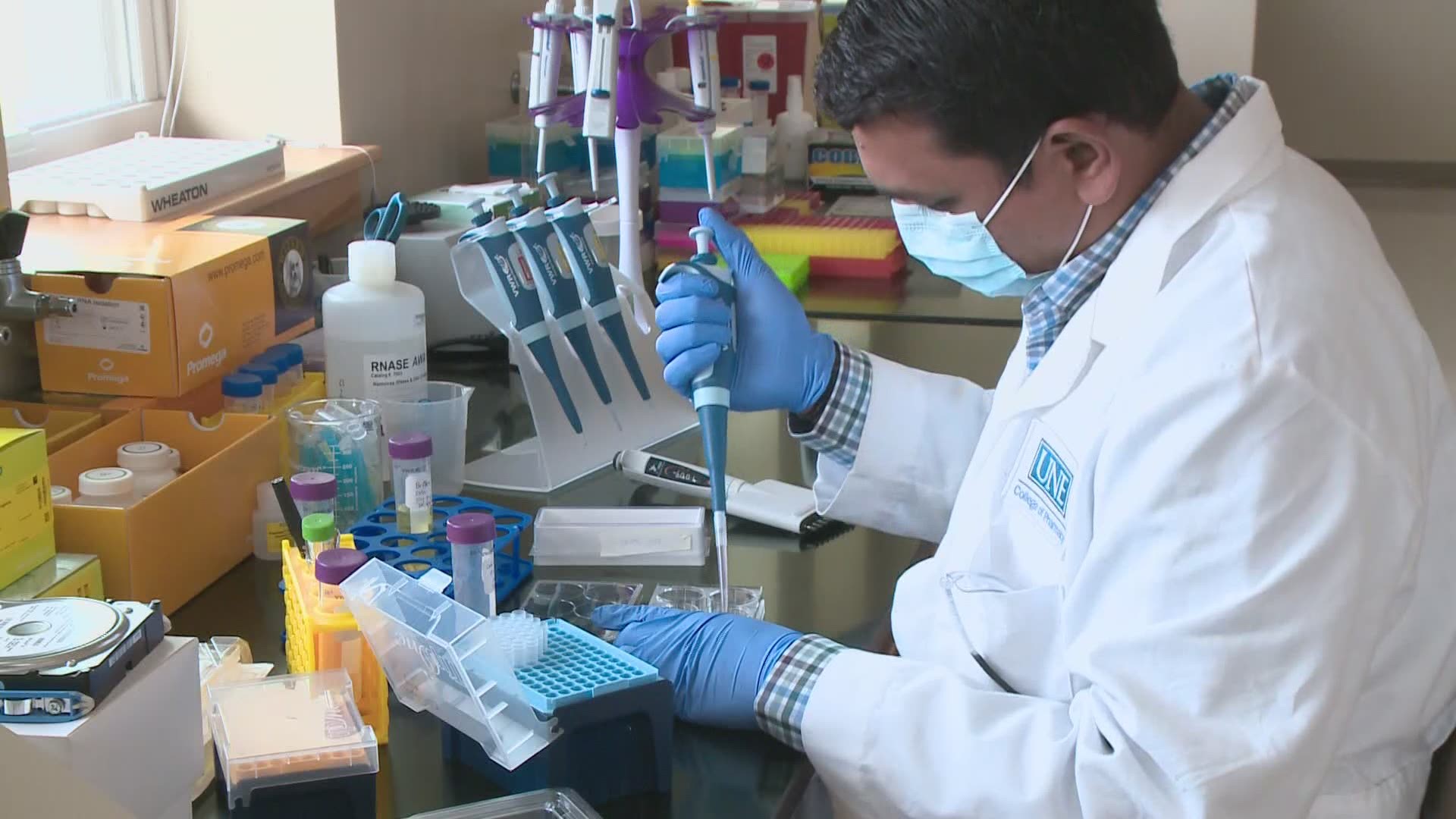 PORTLAND, Maine — An associate professor at the University of New England has received a patent from the United States Patent and Trademark Office for a diagnostic test that can be used in the early detection of ovarian cancer.

This is not the first time Srinidi Mohan, Ph.D. has developed potential life-saving technology. In 2018, Mohan was awarded a patent for a screening tool that uses a marker in the blood to detect highly aggressive types of breast cancer.

Mohan, who teaches at UNE's School of Pharmacy, expanded the same diagnostic platform to screen for an extension of amino acids, known as analytes. A dip in this marker could mean a potential cancerous ovarian tumor.

"The more the tumor grows, more of this analyte is being utilized by the tumor, and less and less is in the blood," Mohan said.

From a lack of reliable screenings to easily ignored symptoms that women often experience, ovarian cancer is often referred to as the silent killer.

The American Cancer Society said the disease claims the lives of nearly 14,000 women in this country each year, making it the fifth deadliest cancer among women because it is so difficult to catch early on.

The test, developed by Mohan, only requires a pinprick. That drop of blood can also be mailed to a lab for patients who have limited access to healthcare. The results could be also be used to monitor an ovarian cancer patient's therapy and treatment. The hope is the test will become available in doctor's offices as an annual screening one day.

"People who have a family history sadly of breast cancer and ovarian cancer, this tool when used as an annual screening, eventually can save lives,"  Robert McCarthy, Dean of UNE's School of Pharmacy, said.

Mohan, who works alongside UNE student researchers, said the blood test could be used to detect other types of cancers in the future.

"Prostate, any solid tumor, it could be melanoma. This is a very promising diagnostic tool," Mohan added.

Both diagnostic tests must undergo clinical trials and FDA approval. Mahon is already working with researchers and physicians at Maine Medical Center's Research Institute where patient trials are underway for the breast cancer diagnostic test.