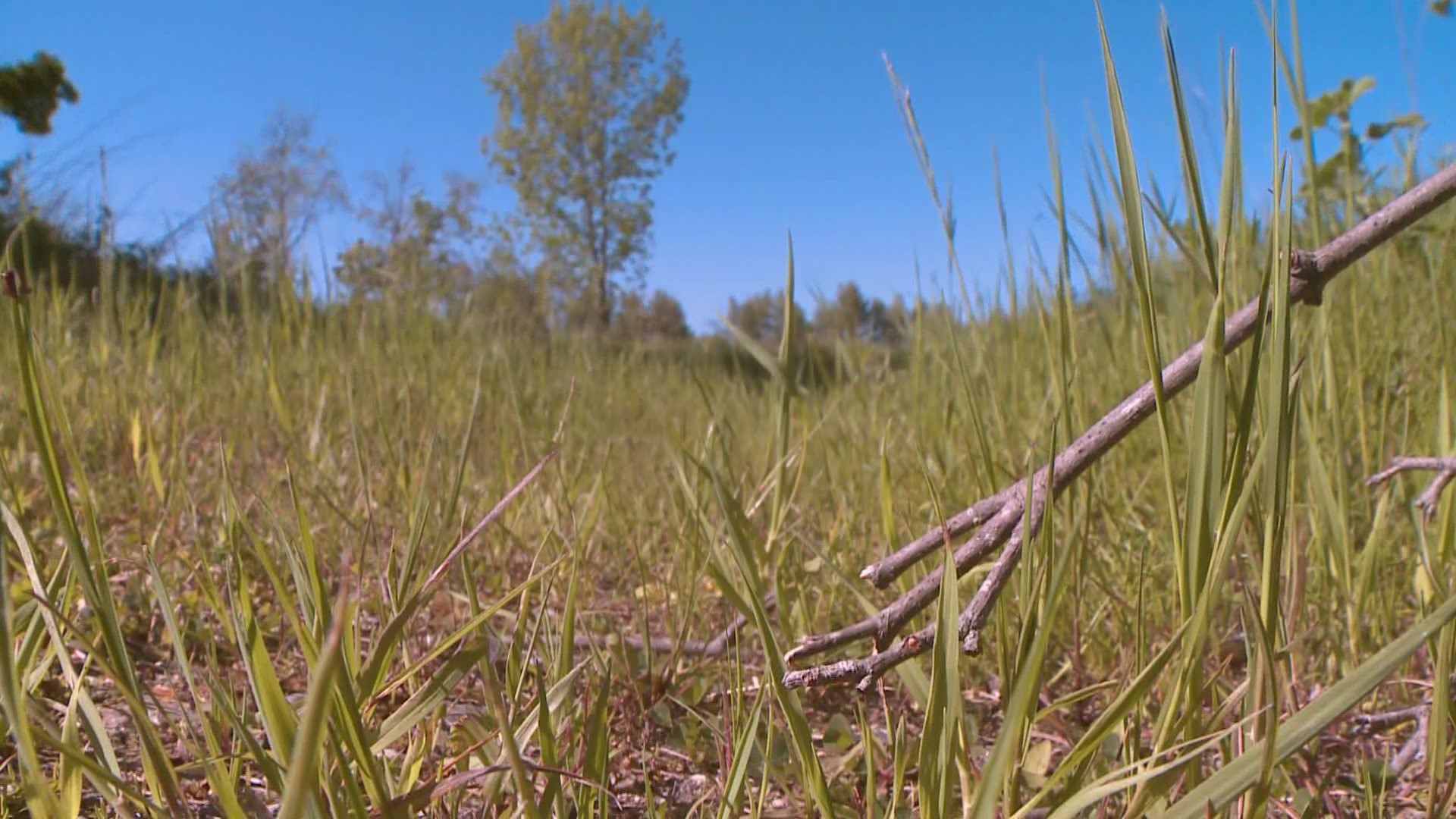 MAINE, USA — With nearly 90 percent of our state covered in trees, it's safe to say the majority of Mainers will be at risk for tick bites...even in their own back yards.

That's why University of Maine researchers are working to figure out exactly where ticks are in Maine and what diseases they can transmit. Which is complicated by how large the state is. It's simply too much ground to cover by the researchers themselves.

Melissa Carbajal, one of those landowners, has 75 acres, called Frost Hill Farm in Lisbon Falls. Carbajal wants her grown children and her future grandchildren to continue hiking her wooded property, but has one big concern, "I want them to be able to enjoy the Maine Woods but I also don't want them to get sick," Carbajal said. That's what many landowners worry about: the growing deer tick population and the disease they carry.

Last summer Carbajal got the opportunity to find out what ticks and other insects live on her land by signing up to be a citizen-scientist for the Maine Forest Tick Survey. Carbajal added, "There was an identification guide. They told you what to look for, and told you how to do it step by step."

Carbajal and other landowners received online training and materials, including drag cloths and vials to collect ticks. Carbajal and her youngest son dragged for ticks weekly last July. Ticks grab ahold of the cloth, thinking it's a host and their next blood meal. "It was fun. We would drag the net behind us and we would stop and collect our ticks and switch and take turns," Carbajal said.

As part of this active tick surveillance program, University of Maine researchers will partner with landowners who have anywhere from five to 1,000 wooded acres in the nine Maine counties listed above.

This allowed researchers to get a much larger snapshot of where ticks are from all across the state. Researchers collected more than 1,600 tick samples from landowner-volunteers last summer.

"We give them a personalized report of what tick species are on their property as well as what pathogens they are carrying. so, they have a better understanding of what their personal risks are," Ballman said.

Last summer's hot dry conditions hampered sampling when it came to black-legged ticks, and Melissa Carbajal only found wood ticks on her property. But she signed up again this year and is ready to drag for ticks this July.

For more information about ticks and the diseases they carry, visit the Centers for Disease Control. For real-time information on cases of Lyme disease and other tick-borne illnesses in Maine, click here.