Tracking the new frontier for deer ticks in Maine 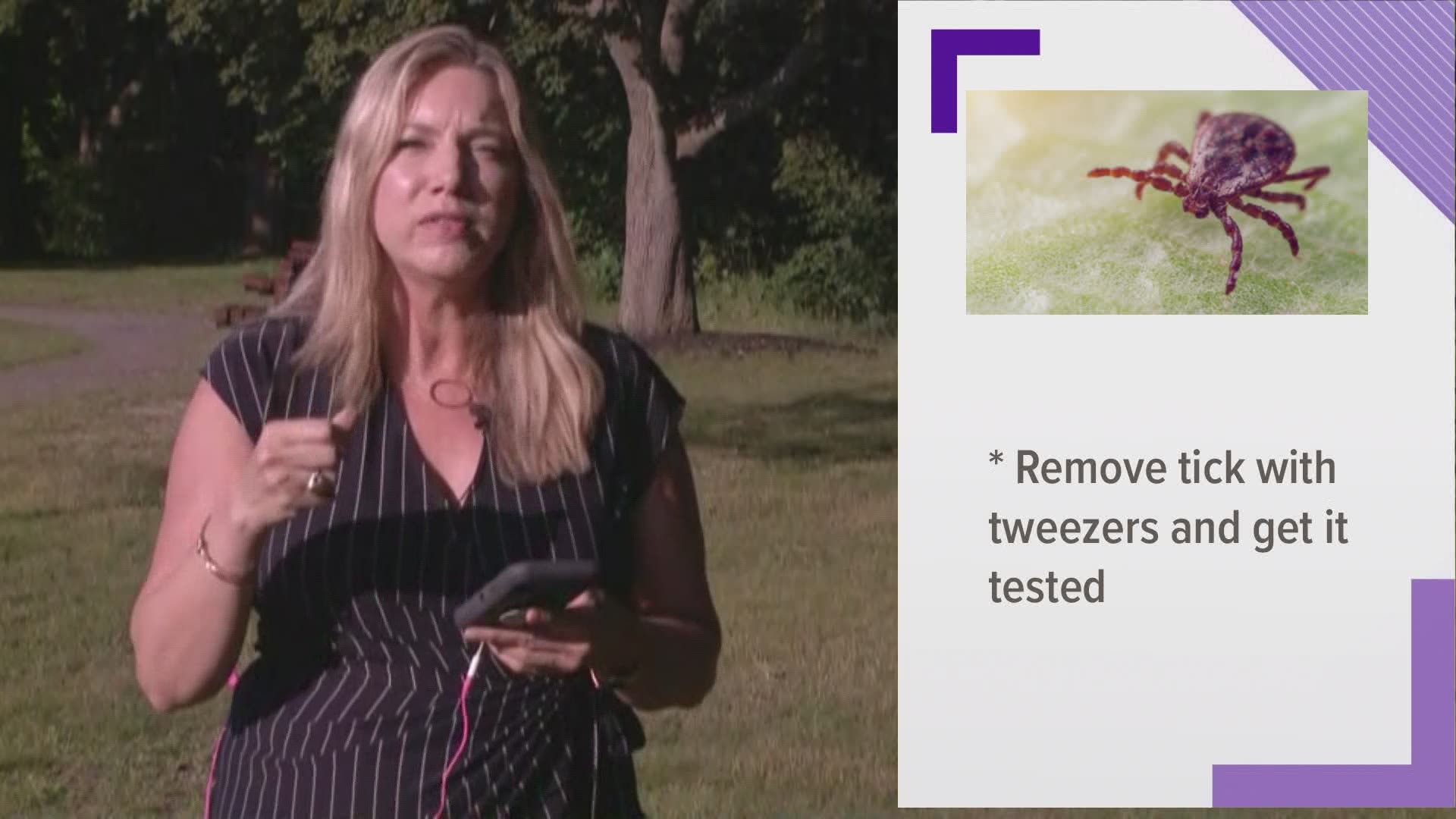 ORONO, Maine — The ongoing threat of COVID-19 means more Mainers and their pets are spending time outdoors this summer.

But escaping cabin fever increases the risk of a tick encounter and experts say people should take precautions.

The tick season got an early start due to warmer temperatures this winter.

So far this year, the University of Maine Tick Lab in Orono has received more than eleven hundred tick samples, a third tested positive for Lyme.

Researchers are collecting ticks this summer -- but at a slower pace due to the pandemic.

Surveys are being done in every county Maine to give the public a better idea of where ticks are emerging, and the 2020 tick season started off with a bang.

"People are finding them in pretty robust numbers this year," Chuck Lubelczyk, a Vector Ecologist at Maine Medical Center's Research Institute said. He says warm stretches earlier this winter resulted in deer ticks emerging early—in March. He says hot and dry conditions that began in June continue into the summer could slow down some tick activity.

Deer ticks carrying Lyme and other diseases are now a year-round problem. Ticks are also on the march moving into Western and Northern areas of the state. This summer researchers are trying to pinpoint new populations.

In Northern Somerset county perhaps areas in northern Piscataquis County as well, looking to see what the new frontier is for these ticks as they are emerging in Maine.

Field biologists are collecting tick samples from all of Maine's 16 counties. Those surveys will follow federal guidelines and will provide a more comprehensive snapshot of the state's tick population.

"To go to every county trying to get reference data we then can compare to other states in Northeast," Lubelczyk said.

University of Maine graduate student Michelle Volk spent the past year and a half tracking Maine's tick invasion.

Working with Lubelczyk and other researchers, her project determined ticks can withstand cold temperatures until spring buried in leaves and snow.

Volk and other graduate students also dragged for ticks in several locations including Seboeis public lands outside of Millinocket. But they came up empty-handed here and in Presque Isle.

Altogether Volk collected 635 ticks from several other sites including Orono and Cape Elizabeth. Those ticks were also tested for the bacteria that causes Lyme, Anaplasmosis, and Babeisois—two more common tick-borne infections. Samples from Southern Maine had a higher percentage of pathogens for all three diseases.

"Lyme disease was about 20 percent in Cape Elizabeth and then 9 percent in Orono," Volk said.

Volk plans to defend the data in her thesis as she finishes up her Master's degree at UMO in ecology and environmental sciences. There is also a possibility her research will be compiled into a tick tracking map, informing the public where deer ticks are located, especially in areas that still reporting very few cases of Lyme disease.

Volk said, "I think it's extremely important for folks to be aware if they are about to go into tick habitat."

That includes wearing FDA approved repellents, wearing protective clothing, and doing tick checks on themselves and their pets. Especially at a time when folks have been focused on keeping safe from COVID-19 during the pandemic.

"There is a concern that people are going to have to worry again about ticks or mosquitoes, you worry that the message is going to fall on deaf ears," Lubelczyk said.

Experts say if you do find an embedded tick, remove as much of it as you can with tweezers and have it tested. Dogs can pick ticks and can transfer them to their owners, talk to your veterinarian about protecting your pet.

For real-time data on Lyme disease surveillance and other tick co-infections from the Maine CDC, click here.

For information on ticks, Lyme disease, and co-infections from the CDC, click here.

To submit a tick sample to the University of Maine Cooperative Tick Lab, click here.

RELATED: Precautions needed as tick season off to an early start

RELATED: May is Lyme Disease Awareness Month in Maine! Make sure you're taking precautions against ticks!