Tick-borne diseases can be deadly for pets

Benny was just sitting on the floor -- 'he couldn't move, it was totally heart wrenching.' 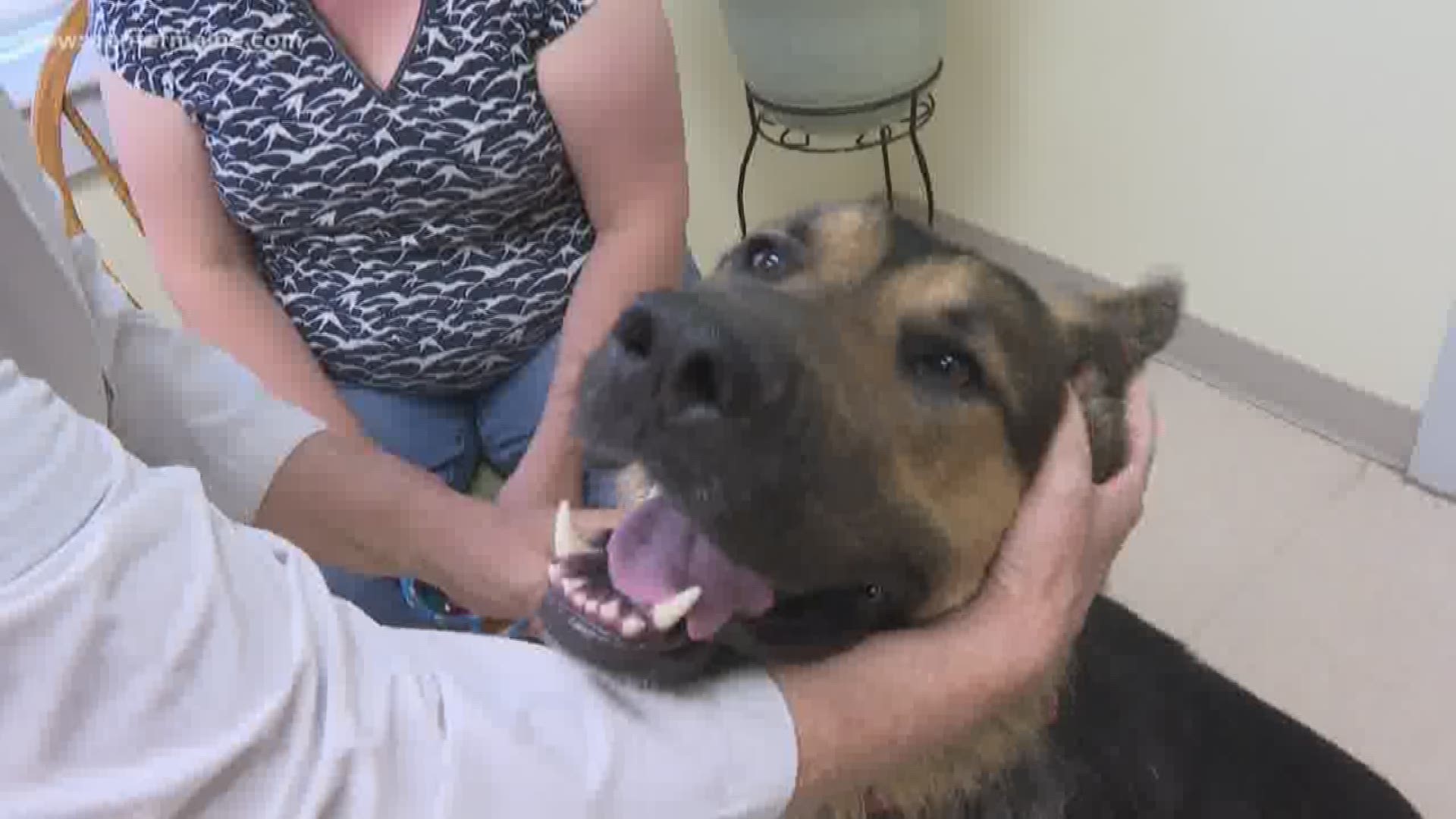 CUMBERLAND, Maine — Experts say a tick invasion has moved farther into northern and western Maine and is putting more and more people at risk for Lyme disease

Just as bad? Your dogs and cats are at risk, too.

Experts tell us tick-borne diseases can be deadly for dogs.

When it comes to Lyme disease, dogs don't get a "bulls'-eye" rash like people do. One of the first signs can be lameness and appearing tired. Some of the symptoms include fever, joint paint and paralysis. And if these symptoms are undetected for long periods of time, it can lead to kidney failure.

Like so many others, Sarah Blake and her fiancé Miles Green, say their dog Benny is not just a pet. He's family.

"I had to carry him and at the point I am bawling my eyes out, he can't walk, he can't move," they said.

Last summer, Benny started vomiting about every 20 minutes in the middle of the night. Blake, who works at NEWS CENTER Maine, had just come home from working an overnight shift.

The couple rushed Benny to an emergency vet clinic. Everything checked out OK and the terrier mix was given medication to stop the vomiting. But when Sarah came home the next morning, Benny was worse.

Benny was in so much pain that he couldn't walk. Sarah thought he was having a stroke or a reaction to the medication.

The vet did a test for Lyme and anaplasmosis, a tick-borne illness. It came back positive. Benny was put on an antibiotic. It took a week to get Benny back to normal. Benny was fortunate because the disease was caught early.

Dr. Julia Lucas is a veterinarian and pathologist who practices at the Cumberland Animal Clinic. She says there are several tick-borne diseases pet owners need to be worried about: Lyme, ehrlichiosis and anaplasmosis.

"Anaplasmosis attacks the white blood cells, they can go into acute crisis and they will collapse," Lucas said.

The transmission of the bacteria that causes ehrlichiosis and anaplasmosis happens within a few hours of the tick attaching. Signs of anaplasmosis includes joint pain and stiffness similar to the symptoms of arthritis, high fever, loss of appetite, vomiting and diarrhea.

"You won't see a skin 'bulls'-eye,' but they will get lameness, so any dog that is lame without a traumatic event, we think Lyme," Lucas said.

Pets with these symptoms need immediate medical treatment. Including an antibiotic and IV treatment. In some cases, the disease can lead to organ failure.

Ticks need to be attached for 24 hours to spread the bacteria that causes Lyme. Dogs can be infected for months before they come down with symptoms and usually it is too late to save them.

"Lyme disease is really the one we are worried about," Lucas said. "They will have an infection we can't detect they will have no outward signs until they get kidney failure."

Lucas recommends getting your dog tested for tick-borne diseases every year. Pet owners can also consider getting a vaccine against Lyme. The shot protects between 60-80% of dogs, boosters are needed following the initial series. Lucas recommends oral medication to prevent tick borne diseases. They must be given every 30 days or every 12 weeks consistently and are considered the most effective.

"A lot of the older products, the topical liquids, the collars they are not killing the ticks quickly enough to prevent that transmission," she said.

Benny is now on an oral preventative. Sarah vigilantly checks Benny now and has found more ticks on him but the they were not attached yet.

"Every single time we are picking ticks off of him every time we are outside," they said.

And when they return indoors.

Experts say cats are generally not considered at risk for Lyme because they are highly resistant to infections. But they are at risk for anaplasmosis and exhibit similar symptoms, fever and lack of appetite. They can be treated with a course of antibiotics like dogs. The best way to prevent exposure to ticks is keeping your cat indoors.

Information compiled by veterinary experts on signs, symptoms and what you can do to protect your pets from tick borne illnesses.

For information on different types of ticks including the 'American Dog' tick also known as a wood tick and black legged or deer tick that can carry bacteria that cause Lyme and other illnesses.