Researchers move forward with a shot against Lyme

Scientists claim the shot would be effective immediately with little or no side effects. 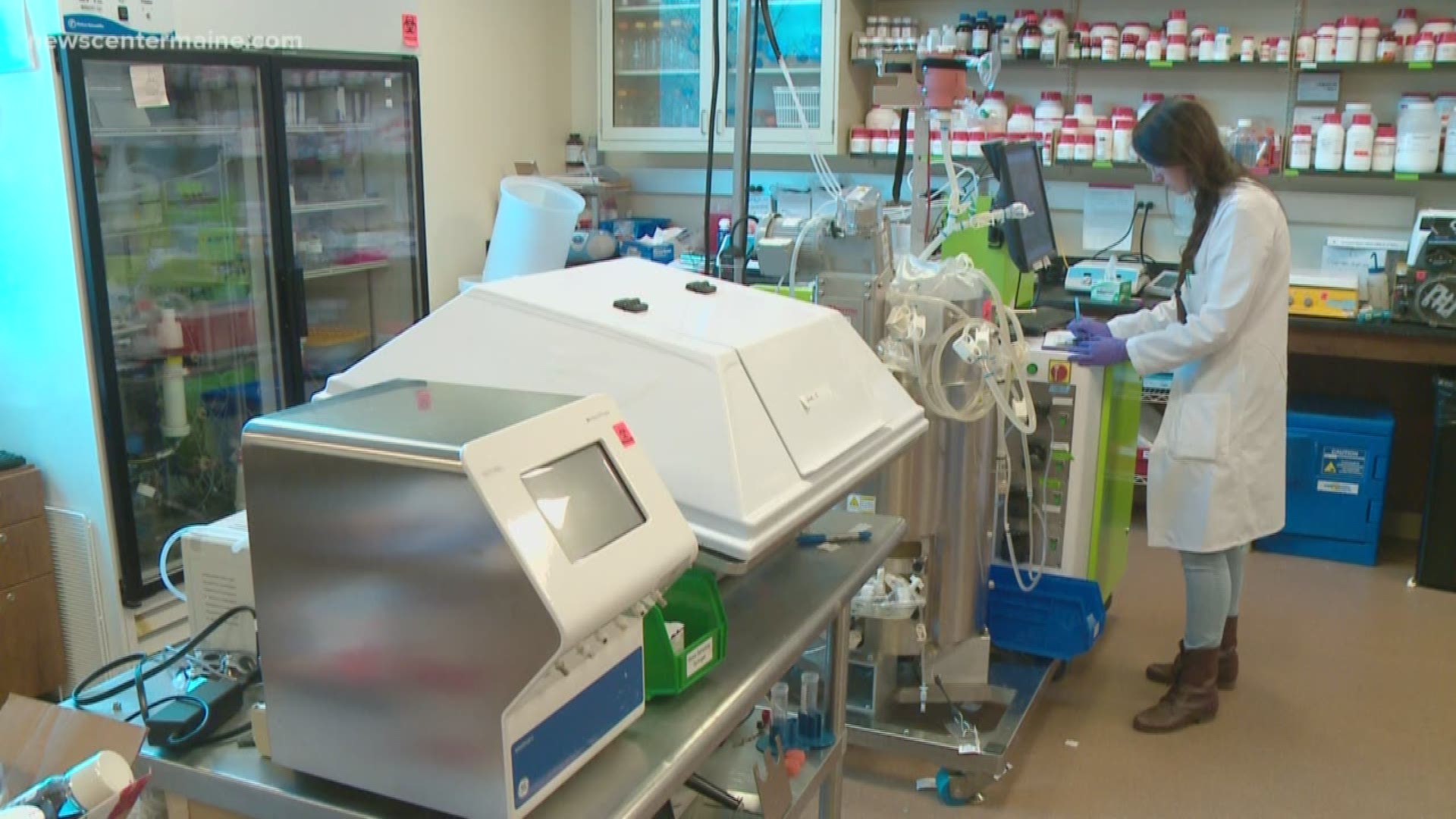 YARMOUTH, Maine — It's been a rough start so far this year when it comes to deer ticks that transmit Lyme disease and other co-infections.

A recent report found that nearly 40 percent of ticks submitted to the University of Maine Tick lab last year were positive for Lyme.

Last year, there were 685 cases of anaplasmosis and 138 cases of babesiosis were reported.

A safe and effective vaccine against Lyme is still years from reality but researchers are working on a shot that could stop the disease  -- before it starts.

To say the Marlowe family has been touched by Lyme is beyond an understatement.

"My whole family has gotten it and in my gut I feel something happened with a tick," 12-year-old Jaime Marlowe said.

Jaime's older brother, sister, and his mother Pasha suffer from the effects of Lyme disease and other co-infections. A year ago following strep throat, Jaime started suffering from debilitating pain.

"October, the groin pain was so much it was hard for him to walk," Pasha said.

The family is seeing numerous Lyme specialists in Maine and out of state for treatment and help.

Because of what they have gone through, the family is open to getting a vaccine against Lyme.

The FDA has fast-tracked a vaccine being developed by a French company Valneva -- but it won't be available for another four to five years.

But at the University of Massachusetts Medical School, scientists are developing a different approach -- a single injection -- not a vaccine that would deliver a single anti-Lyme antibody directly to the patient.

"It prevents you from ever getting exposed to the bacteria," Dr. Mark Klempner said.

Dr. Klempner is the executive vice chancellor for MassBiologics and a professor of medicine at the university. The Boston based nonprofit vaccine manufacturer overseen by the medical school is developing a Lyme pre-exposure shot.

The injection called Lyme PrEP is a prophylaxis shot against the bacteria that cause Lyme. Protection would begin immediately -- instead of waiting for weeks as most vaccines require.

"If you went to take the shot today, you would be immune today. Differentiating from a vaccine where you would have to develop that immune response," Dr. Klempner said.

Dr. Klempner says similar protective molecule is already being used to protect babies from certain viral infections. This anti-body kicks when a tick embeds into your skin -- wiping out the bacteria before it reaches the bloodstream.

"It kills the bacteria in the intestine of the tick, so it never gets out into the tick wound where the bite is," Dr. Klempner said.

Just like how people get a flu shot every year, researchers envision patients getting this injection in late spring to protect themselves against Lyme through the entire tick season.

Lyme PrEP will begin human trials this summer. It could be available in doctor's offices and pharmacies in two years.

Resources for prevention and resources about ticks and Lyme disease and co-infections, including real-time data on cases reported to the Maine CDC.

Information on the Lyme PrEP shot being developed by MassBiologics, a non-profit vaccine maker overseen by the University of Massachusetts Medical School.

There has been a go fund me account set up to help the Marlowe family with out of pocket medical expenses.

RELATED: UMaine report: Ticks found in all 16 counties of Maine; 39% of tested ticks had Lyme

RELATED: Rapid Test for Lyme could lead to quicker treatment for patie